Most diecast manufacturers offer at least one Jeep toy, but one newcomer to the Jeep toy world stands out in their dedication to details: GreenLight Collectibles. Best known for 1:18 and 1:64-scale movie-tie-in vehicles, GreenLight now offers a large number of models that appeal to Jeep fans who are more likely to be impressed with realistic details than Hollywood titles. 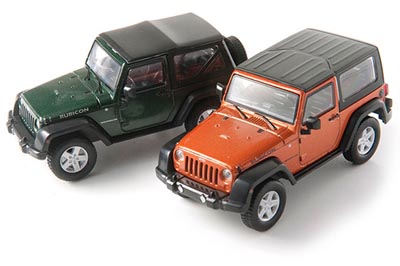 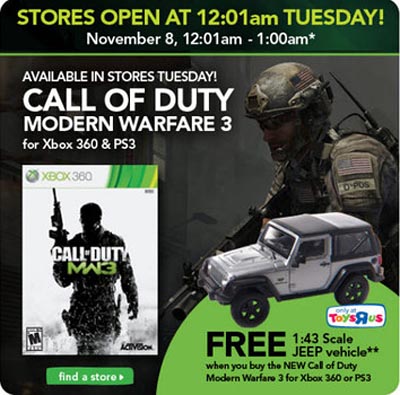 2012 is also the year that Chrysler teamed up with Activision to place a Jeep Wrangler in the Call of Duty Modern Warfare 3 video game and release a special edition MW3 Wrangler through the dealerships. The video game was a big hit with retailers, and Toys R Us had the competition beat by commissioning a special 1:43 Call of Duty MW3 Jeep (100K JPEG) made by GreenLight Collectibles.

This toy was given away to the purchasers of the game only at Toys R Us as a collectible promo model. What makes this model special is that it is not simply a repaint of the new 1:43 Jeeps, but features the “Power Dome” hood (correct without louvers) and AEV bumpers! Now that’s attention to detail.

No big deal for GreenLight... they followed this up with a number of dealership-inspired special editions including Islander, Moab, Freedom, Sahara, Polar and more. 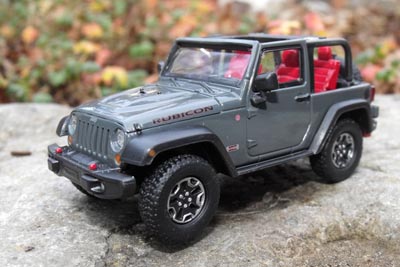 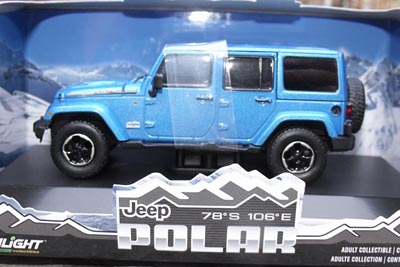 At this point it became obvious that someone at GreenLight understands the difference between "toys" and "scale models". The only thing missing was a 4-door version... so sure enough, in 2015 GreenLight released the 4-door JK. In both hard and soft top, of course. 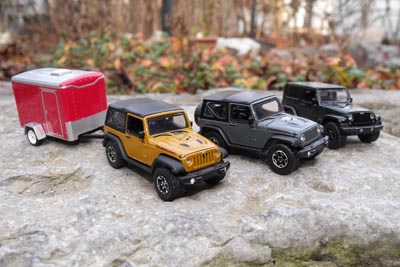 The range of brand new realistic models released since 2012 does not however stop at just the 1:43 scale. While all the above models were being issued, GreenLight decided to also release a 2014 Jeep Rubicon X soft-top with correct bumpers, paint, red hooks, rims etc. And also a regular JK with flat hood, regular bumpers and rims, and hardtop... all this in 1:64 scale.

Impressive to say the least. This was followed up by a 70th Jeep anniversary edition (100K JPEG), again with correct unique rims. 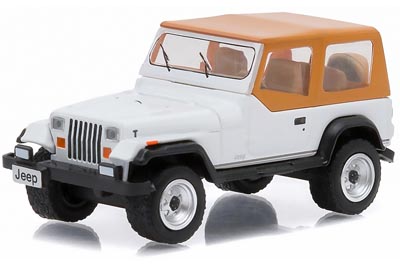 And what's coming for 2016 from the diecast manufacturer that obviously gets Jeeps? This YJ Wrangler!

In a short time, GreenLight has issued a huge number of variations in two different scales. Some of these are now being made available in playsets and multi-vehicle packs. With so much variety, GreenLight Jeeps are guaranteed to evolve over time and keep toy Jeep collecting interesting.

Thanks to Jarek for this survey of GreenLight's Jeeps as of 2016. Photos by Jarek Skonieczny and GreenLight. -- Derek Redmond