A Christmas tradition for many families, is bringing out the little Christmas village, and that often means a collection of buildings and figures designed in porcelain by Department 56 in Minnesota. Since 1976 the company has been releasing a steady series of new additions each year for collectors to choose from. 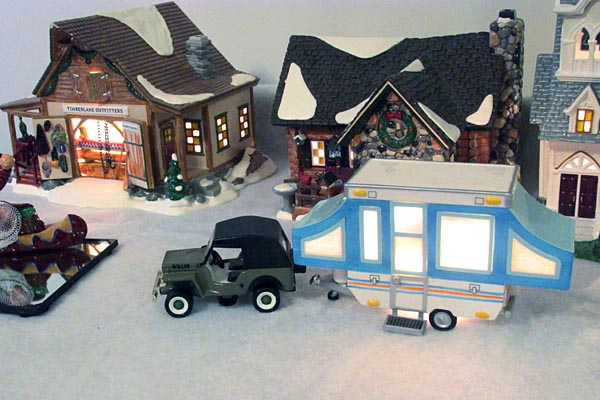 A few years ago, Lawrence Wade's daughter decided Dad should have a Department 56 village with a green CJ-3B just like the Wade family Jeep. He sets it up with the Willys pulling the "Home Away From Home" tent trailer (2002-2006.) 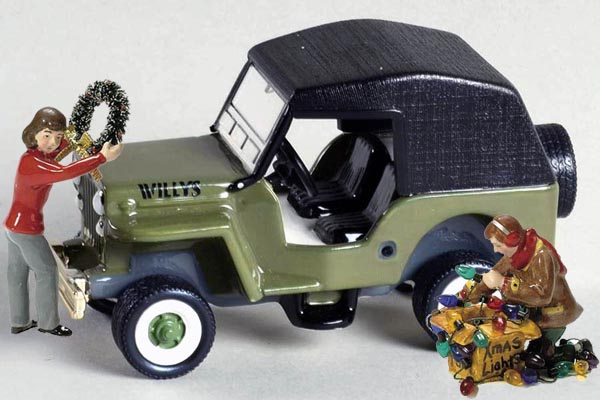 I went to the Department 56 website, and discovered some porcelain figures you can add to your collection, to use as a miniature Lawrence and Ora Lee decorating their Jeep for the Christmas parade, as they did every year until Ora Lee passed away in 2019.

The rubber wheels are a bit small and the plastic roof looks like a convertible top for a DJ-3A, but otherwise the accuracy is pretty good for a porcelain ornament. 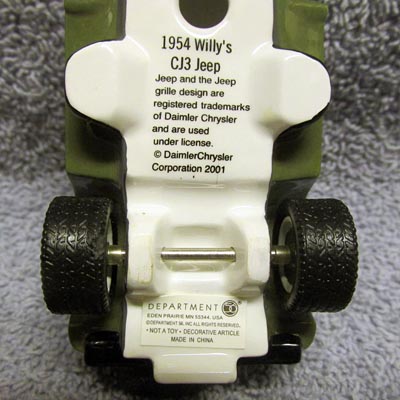 The designers got the year correct, and the "CJ3" part. Not sure why they missed the "B". But lots of people get confused about the Willys name, and think it's "Willy's Jeep." 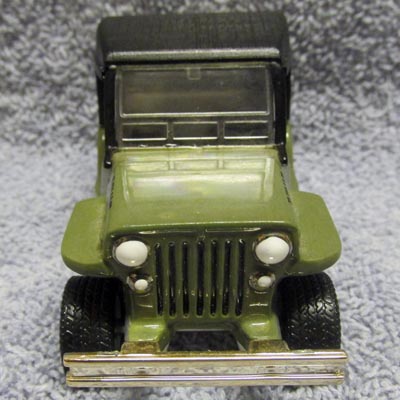 The front profile is definitely a 3B, although they didn't get the Willys name above the grille. The windshield sort of looks like it's supposed to be a CJ-3A. 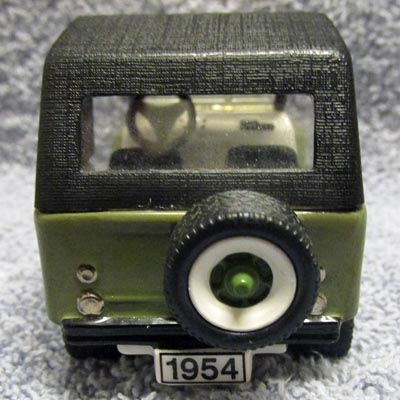 Except for the 1954 plate though, the rear view looks like a Dispatcher, with the fastback top, the rear-mounted spare, and no tailgate. I guess they were looking at the wrong page on CJ3B.info.

I like the little summary of Jeep history on the box. Overall, the documentation by Department 56 is certainly no worse than what is sometimes done by other companies, who are supposedly producing serious scale models.

This funny little Jeep sometimes shows up for sale on places like eBay, with or without the box.


Merry Christmas! Thanks to Lawrence for the photos. -- Derek Redmond

And see Christmas Over the Years for more CJ-3B Christmas features.