In the Universal Service Manual SM-1037 dated 1968 we find proof that Auto-Lite was always the primary standard and not secondary, and also a suggestion that Delco-Remy parts were used in 1954:

Note: Although Auto-Lite equipment is standard on the Hurricane F4 engine, at the start of 1954 production a few vehicles were equipped with Delco-Remy distributors and starting motors. However if replacement of a Delco-Remy unit becomes necessary; the unit should be replaced with a like Delco-Remy unit and not an Auto-Lite unit. See paragraph I-131. 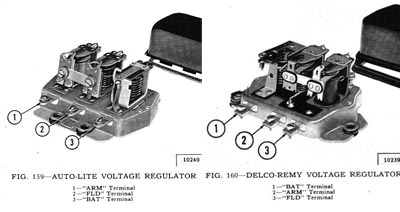 C) DISTRIBUTOR: No special instructions are required for interchanging Auto-Lite and Delco-Remy distributors on these models.

Below is a list of the major Delco-Remy substitute standard parts for CJ applications. 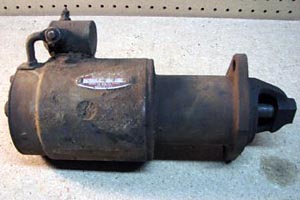 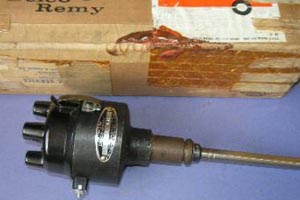 (Note: the above photo shows the manufacturer's plate, mounted on the side facing the engine block, reflected in a mirror -- thus the photo is reversed to make it readable.)

Serviceable components used with above distributor:

W/O # 922168 Harness, wiring generator to voltage regulator (for Delco-Remy) 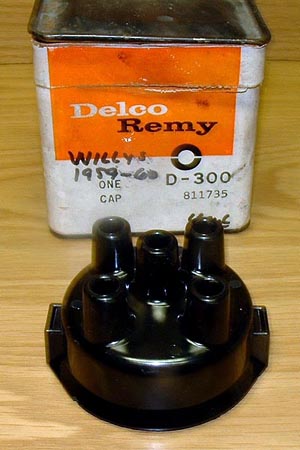 A Delco-Remy Tune Up Parts Catalog 1922-74 posted by Collectors Auto Supply on the west coast also shows the following listings for the rotor, condenser and contact points for 1959-60 four-cylinder Jeeps. -- Derek Redmond

Thanks to Ken "oldtime" Bushdiecker for his research. -- Derek Redmond