Making Tracks in the Sand 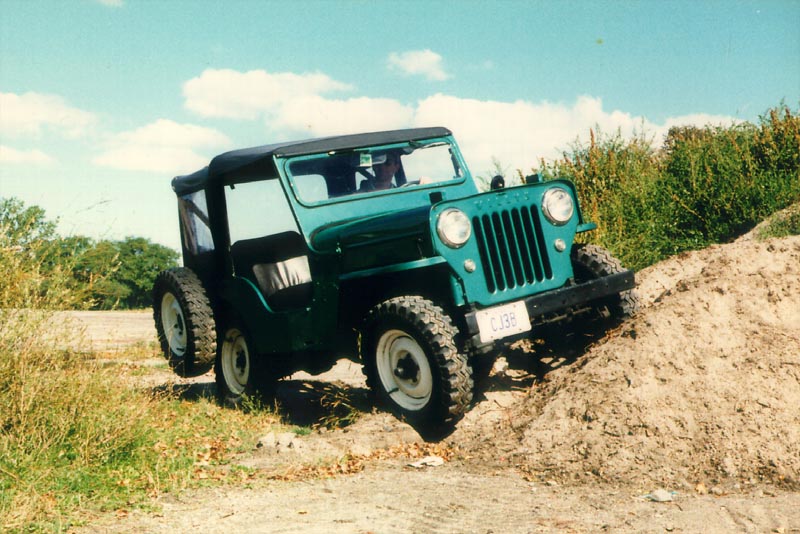 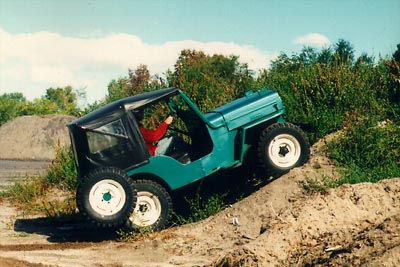 Dan Fedorko dropped by, and was taking some detail photos of my 1959 Jeep to compare to the '63 that he was working on. We decided to go out for a spin, and Dan snapped a few of the kind of photos that I always wished someone would take. 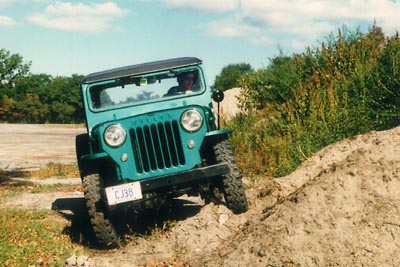 This photo shows that the wheel travel is nothing like on the modified Jeeps people drive these days, but combined with the 16" wheels, flexible frame and low gearing, it makes crawling over any reasonable obstacle a pleasure. 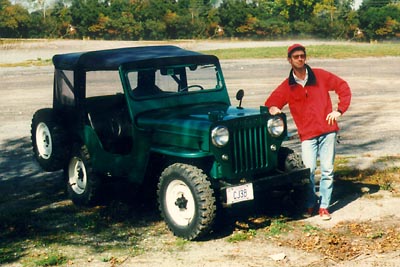 I got a chance to pose with the Jeep that's given me a lot of fun, hauled a lot of firewood, appeared on the Four Wheeler Jeep history poster, and inspired CJ3B.info. Thanks for the photos, Dan.

Also on CJ3B.info, see more of my Fountain Green '59, and some photos with the windshield down or plowing snow. -- Derek Redmond