Note from Derek about 1953 paint colors: Most of the 1953 CJ-3Bs I have seen were originally painted Woodstock Green, and in fact according to some Willys documentation, that was the only color used on Universal Jeeps that year, for whatever reason. (See Willys Paint Samples 1953-54 on CJ3B.info.)

The earliest document I have seen listing other colors for the CJ-3B Universal Jeep is a Ditzler Paint bulletin (60K JPEG) mentioning Cadet Gray (presumably named for the West Point cadet uniforms, 60K JPEG) and Saber Rouge (a dark red). The bulletin was dated July 1953, which was the beginning of the 1954 model year, but it's not clear when those colors might have first been used.

Michael Witt's '53 has serial number 453GB2 30685 and would have been built in the spring of 1953. It comes in the middle of a string of about 800 serial numbers which all seem to have been sold in the western United States, judging from our list of Surviving CJ-3B Jeeps. This is interesting, since the Ditzler bulletin also refers specifically to some Willys Aero passenger cars built only at the Willys plant in Maywood, California. The Maywood plant (known as WCD or "West Coast Division") was in operation at least into 1952 when 88 CJ-3Bs were assembled there (1) so it's possible that some 3Bs in 1953 were painted differently at WCD than in Toledo.

Michael is a former Marine who is currently homesteading in a log cabin on five acres in Washington State. His Jeep has been in his wife's family since it was new, and he has repainted it in the original Cadet Gray. I'll let Michael tell the story. -- Derek Redmond 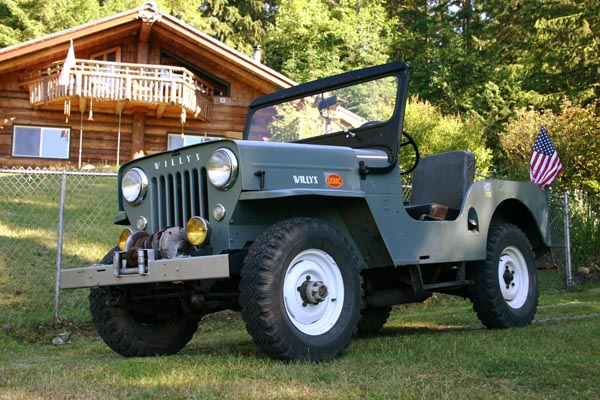 I restored my 1953 CJ-3B to the most original form I could. I even painted it the original color.

My wife's great grandfather bought the Willys brand new in 1953, and she and her brothers rode in it when they were small children. After her great grandfather passed away her father used it a little around their farm, and he also used it to hunt.

To make a long story short, it ended up in an old barn. 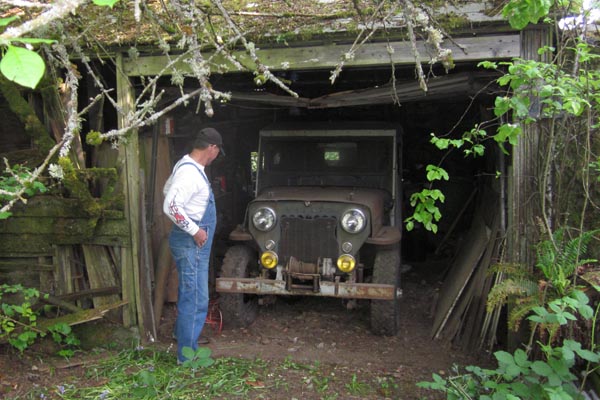 It sat in this old shed for 21 years and was a rust bucket. I had to pull it out with a tractor because the brakes were so rusted the wheels would not turn. Then I had to winch it up on the trailer to bring it home. Ended up cutting the drums off with a cutting torch and put on a brand new brake system. 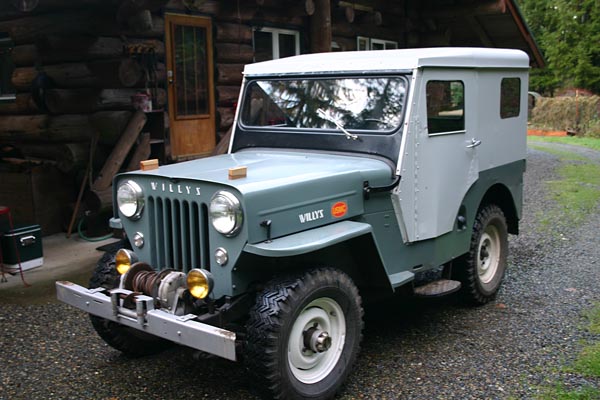 The serial number is 453GB2 30685 and the color of the body is Cadet Gray. Under the hood on the firewall where there wasn't too much rust we matched the Cadet Gray perfectly. The metal cab was manufactured by Koenig Iron works in Houston TX. It was light gray, and I matched it also. 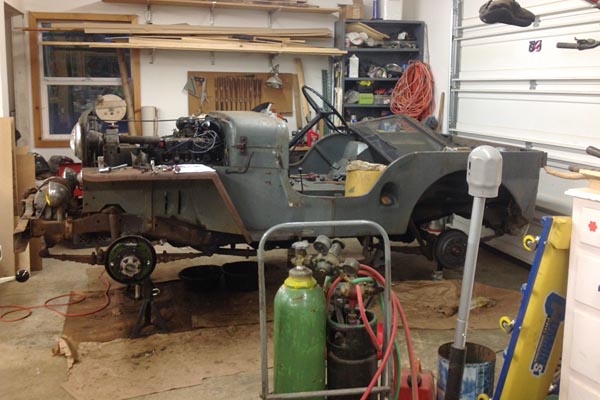 The original motor had 52,382 miles on it, so I tore it apart and cleaned it up. I replaced the carb and the fuel pump, and when I tried to start it, the Willys fired right up. One cylinder had no compression so I poured a little Marvel Mystery Oil in the cylinder and let it sit over night. The next day I fired it up and it has run fine ever since. I also have the original owner's manual for it. 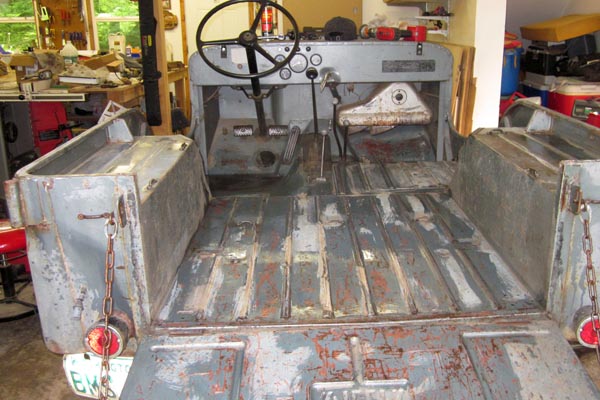 Had a really hard time finding tires to match the original rims on the Willys, and when I did they were very expensive. I couldn’t find the spare tire/rim anywhere in the old barn, so I had to locate a rim for the spare too. I finally found a used one that was straight, in a junkyard in Pennsylvania, but he knew how rare those rims are, so I had to pay a pretty penny for that too. 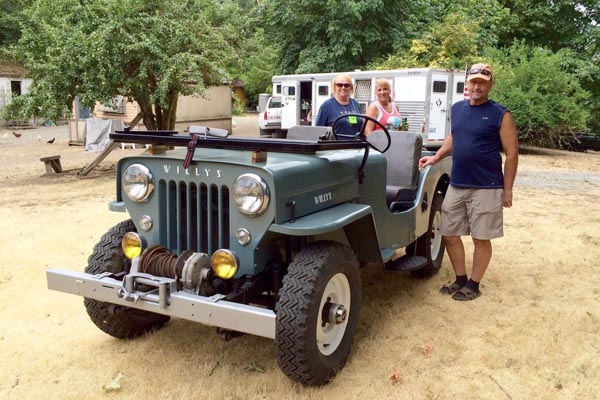 The winch is a Koenig King PTO Winch, made by the same company that made the metal cab. It is a powerful winch that I use a lot to fall trees at my homestead. All I've done is replaced the steel cable. Just a couple weeks ago I pulled out an F-350 that was stuck so bad you could barely see the top of the rear tire. I had to chain the rear of the Willys to a tree to do it, but it inched it out of that bog, and the owner of the F-350 was pretty impressed. 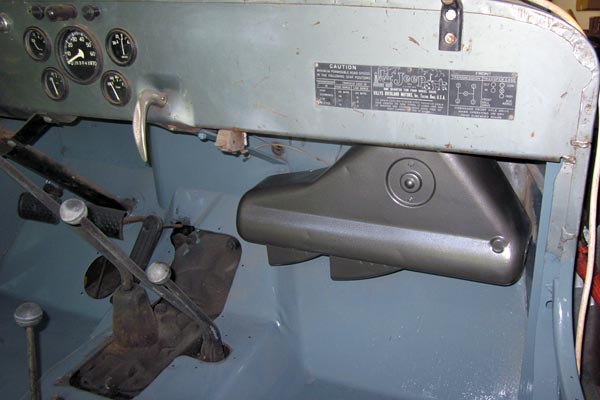 My wife's brothers tried to get it running with no success 4 or 5 years ago. The old barn it was stored in was just about to fall over so 2 years ago the brothers basically said that we could have it if we wanted it. They both were a little jealous after I got it all painted and running again. My wife still says it smells like her Dad. 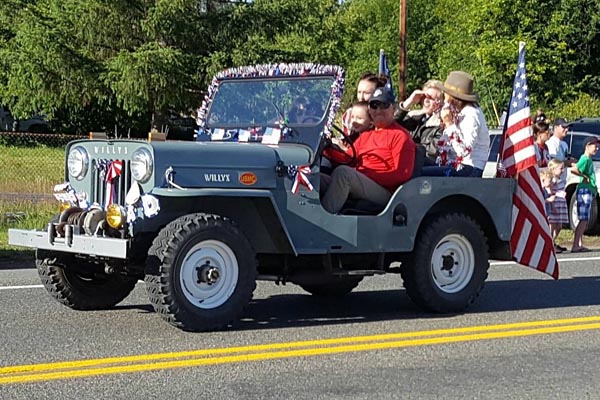 The dogs and I have really enjoyed putting around in it. Overall it has been a fun project, and I have been driving and working the Willys for a little over a year. I would love to find an old plow for it somewhere that I could actually use on the homestead.

Last Fourth of July I was asked to put it a small parade in a litle town called Littlerock WA, and it was a lot of fun.

Thanks to Michael for the information and photos. West Point cadet photo courtesy of the U.S. Department of Army. -- Derek Redmond