Ed Wilson's CJ-3B was hatched in 1954, so she was a full 50 years old when Ed decided it was time for some new feathers to make the old girl feel young again. I'll let Ed take the story from here. -- Derek Redmond 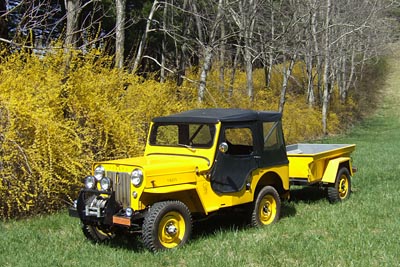 "Come listen to a story 'bout a man named Ed,
Poor mountaineer barely kept his family fed.
Then one day he was lookin' at his Jeep,
And thought to himself, 'What a pitiful heap.'"

I started my rebuild in May 2004 with the usual trusty, rusty '54 3B. I had things in pretty good shape mechanically, with a 3-year-old engine overhaul and drivetrain rebuild. So I was going for a repro body, and some changes I either wanted or that offered some type of improvement. 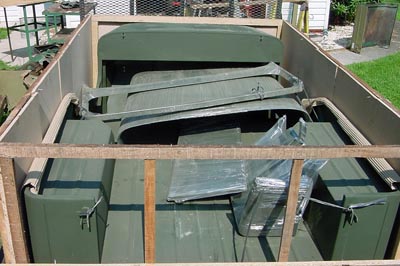 The OMIX ADA Atlanta warehouse is close enough for me to do a pickup, and I did. I bought the complete body kit and it came in a wooden crate. Closest thing I've seen to the "jeep in a crate" legend. 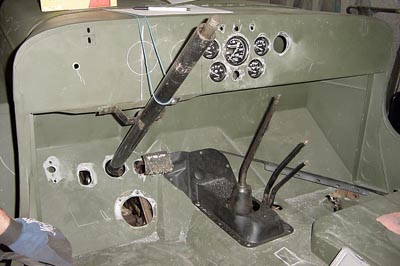 After removing all the old body, I sat the new metal on the rolling chassis and moved it to my buddy's body shop where we did all the alignment, holes, and painting. The plasma cutter was great for getting all the holes in the right places. After alignment was good and the metal work was done, we took the body off. I took the chassis back to my garage to clean for POR 15. 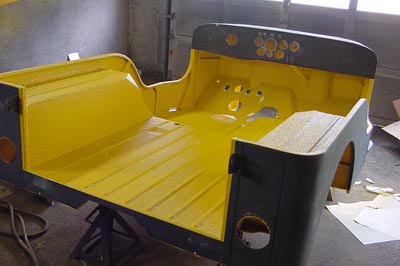 The body parts stayed at the body shop for prep and painting. While I cleaned the chassis the old fashioned way, by hand, the body got the SpeedLiner brand bed liner inside and underneath (100K JPEG). The SpeedLiner product offered an industrial yellow tint and I picked a matching fleet color for the exterior. 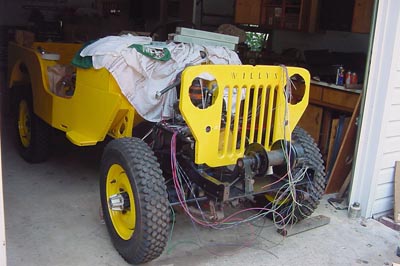 I went through all assemblies on the chassis, installing braided stainless brake lines, second gear and synchronizers in the T-90, and the chain drive and shaft support for the PTO winch. I had installed the 11" brakes some time ago and these were OK. We got the body and chassis together again and what I thought was the hard part began -- the wiring. I used the Painless universal Jeep harness and it is good the way wires are marked, but not much help getting a 250 lb., 6' 2" guy under the dash. 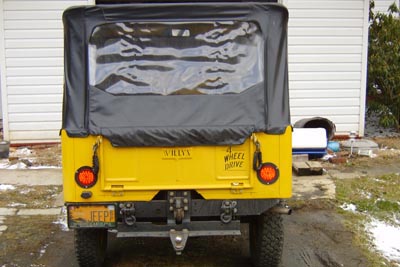 I had decided I wanted a 12V alternator electrical system for several reasons, primarily for better lights. I love the LED taillights and halogen headlights. The taillights came from the truck world and the headlamps from a street rod vendor. 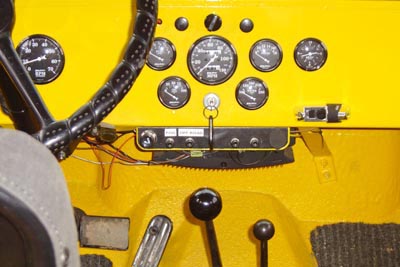 I also found Auto Meter's Old Tyme Black gauge set which is all electrical except for the speedometer. They are the same size as the original and offer a matching tachometer and clock which I also used.I know the speedometer is a bit optimistic for a Jeep, but the fuel sending unit is totally adjustable for any gas tank. I fabricated the switch panel beneath the dash from aluminum angle and put a cigarette lighter on the left and power outlet on the right. 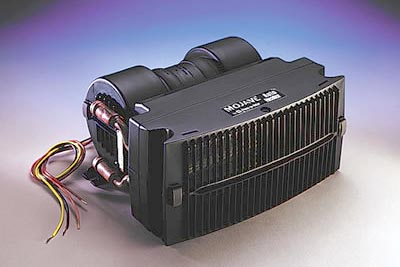 The finned black thing you see behind the switch panel is the heater. It is a Mojave from Flexfan I found in a street rod catalog. The Heater is made so you can turn the core any way that works best in your application. Since the gauges are lit internally, I put the 3 speed heater fan knob where the dash light was. 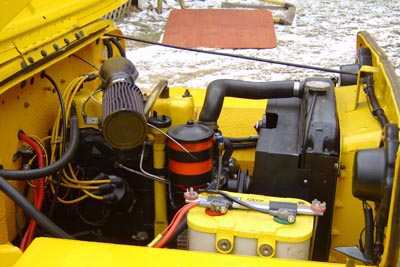 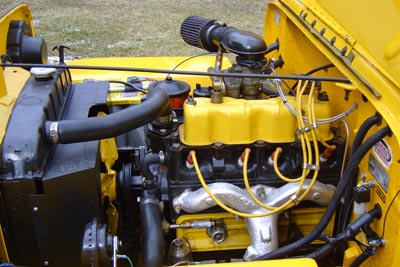 I've always admired the under-hood detailing of custom and street rod cars, so I went that way some. I painted the sheet metal parts on the engine body color, and tried give the engine bay an overall clean appearance. Of course, I had to have the yellow-topped Optima battery! And the yellow plug wires didn't hurt anything. 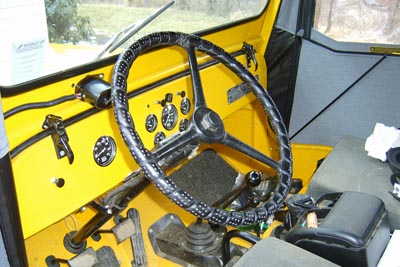 The interior has Beachwood seat cushions, seat belts, and my handmade floor mats. 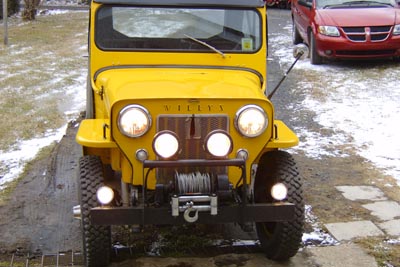 It took a year and some dollars, but it is what I wanted -- a good, solid Jeep.

Thanks to Ed for the photos and story. -- Derek Redmond