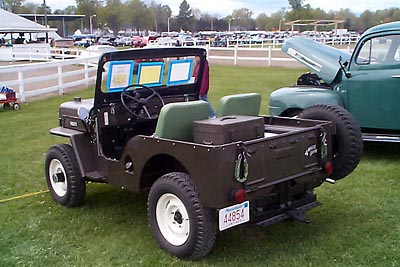 Ed Surjan in Massachusetts bought this unique near-mint 3B from Adam Charnok in September 2002, and sold it to Michael Langner in Nebraska in 2009.

In May 2005 Ed took it to the 35th Annual Rhinebeck NY Auto Show. He says, "Rhinebeck is one of the larger and more prestigious shows in the Northeast U.S., attracting about 3000 vehicles annually in 35 classes. I have participated for several years now as a judge, and in 2005 took the '63 (nicknamed "Woodchuck") along. This is the only time to date that I have shown Woodchuck, in the 3-1/2 years I've owned the Jeep." 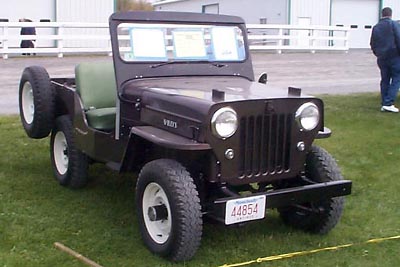 "Even just out on a pleasure drive Woodchuck always attracts a fair bit of attention, but most folks just presume it is another old restored military Jeep (the flat fenders and brown paint scheme must suggest military somehow). Jaws drop in stunned amazement once it becomes clear that this is an all-original civilian stock survivor. Frankly some people have a hard time believing it until they hear the whole story and see the full documentary evidence, which for Rhinebeck I summarized and taped to the windshield (60K JPEG)." 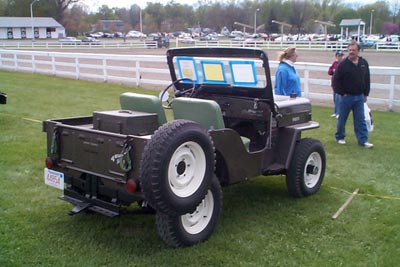 "The truth is, that all things considered shows are not really my thing, although I love the parts and swap fields for hunting up Jeep parts. The truly sublime, almost indescribable pleasure of the '63 is in using it -- reasonably gently, of course. Nothing compares with driving a stock original survivor Jeep that runs and performs exactly like new, and with Woodchuck, this is as close as one can get to what it was like 'back in the day'. Having owned many over the years, I am in full appreciation that the '63 3B is my 'one in a lifetime' Jeep. With any luck it is my intention to keep it for the remainder of my life because it is, without exaggeration, irreplaceable." 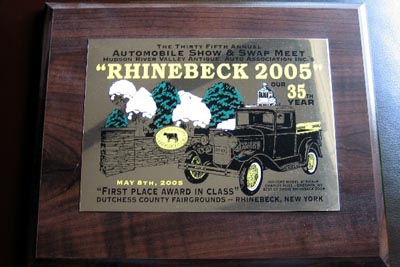 "Like my fully restored '71 V6 CJ-5 in 2003, Woodchuck came away with a First Place in Class Award (60K JPEG) even though Rhinebeck is really judged by restored-to-new-as-delivered standards. I am hoping for 2006 to go to a couple of all-Jeep events here in the Northeast with the 3B -- the Big Jeep Railroad Rendezvous in Connecticut in July and the Great American Jeep Rally in September. 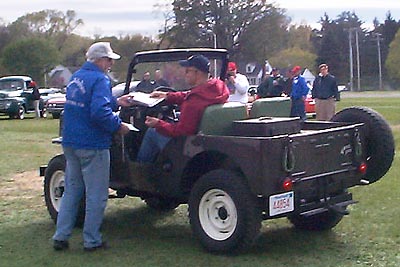 "At the moment Woodchuck is in the garage hibernating for winter inside its nice dry car jacket, but is eagerly anticipating an early spring! Note: comparing my photos with Adam Charnok's, you'll notice the original Whitco softtop is missing. Not to worry, it is in fine shape but is usually off for most of the summer."

Thanks to Ed for the photos. See also Jim Allen's photos of this Original 1963 CJ-3B, Close-Up.

Ed sold the Jeep in 2009 to Michael Langner in Nebraska. -- Derek Redmond