Here are some suggestions for fixing common little hood problems. They are shown as installed on Fred the Stretched 3B.

1) A stiffener to resist denting, combined with a rod to prop the hood open.
2) Spacers to stop the hood rubbing on the cowl.
3) A tip on use of the hood latches.
4) An attempt to make a pattern for the WILLYS lettering. 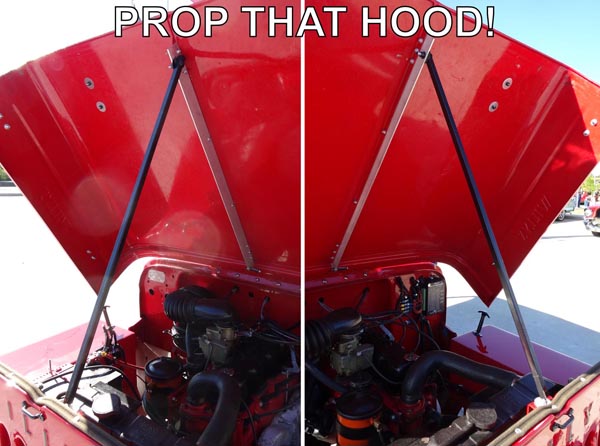 This is a flat aluminum bar to reinforce the center seam, with tubing attached for use in propping open the hood.

There are several possible sizes of the hood's usable length for the stiffener. The hood hardware placement and the particular way each hood it made, varies. The stiffener length should be measured for each hood type. 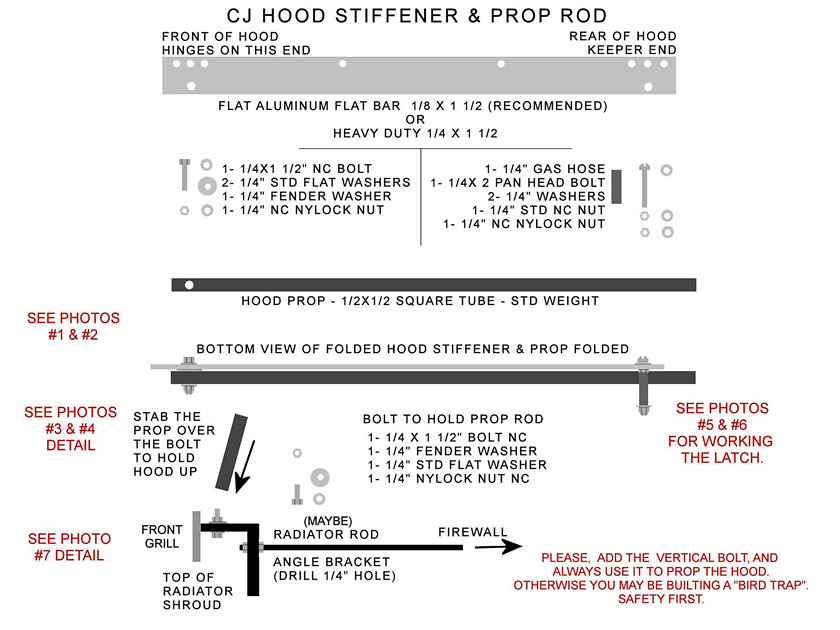 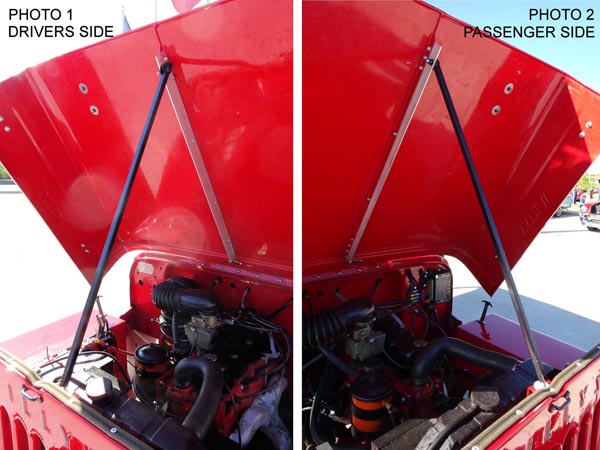 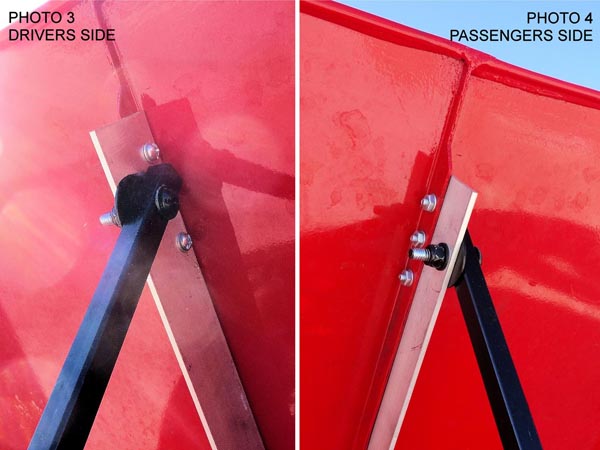 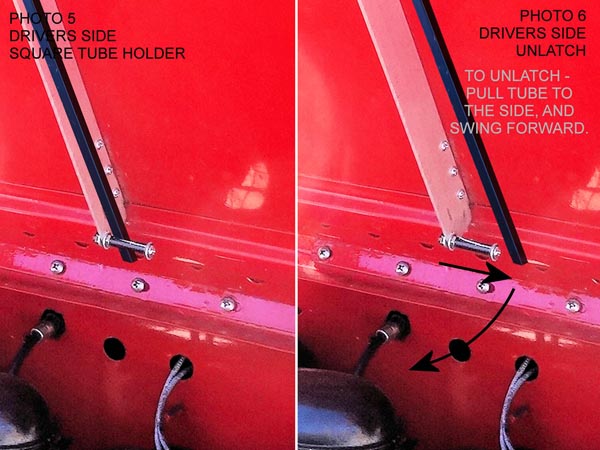 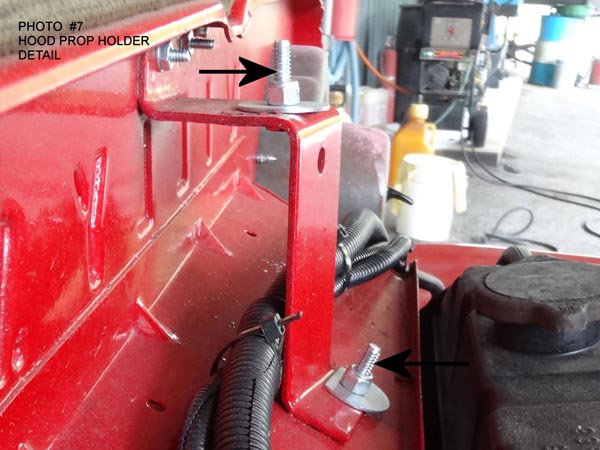 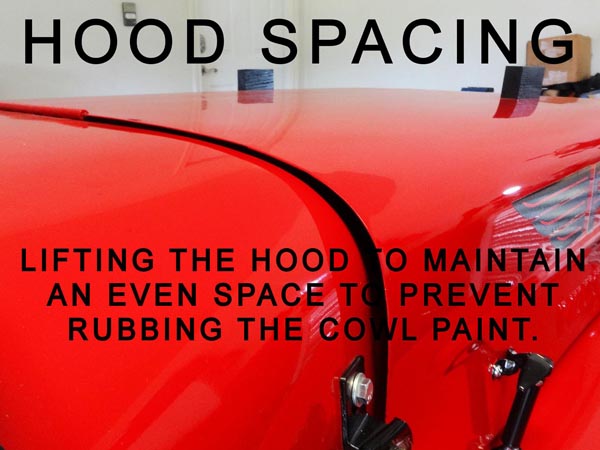 An easy fix for the age old problem of the rear of the hood rubbing the cowl.Two small angles raise the hood over the cowl. Spacing is whatever the owner wants. Mine is about an eighth of an inch. 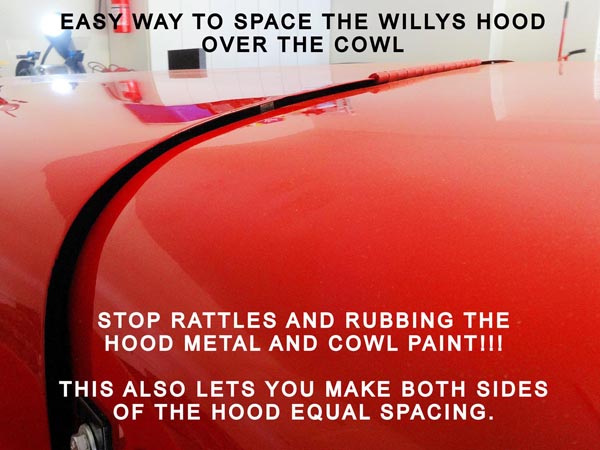 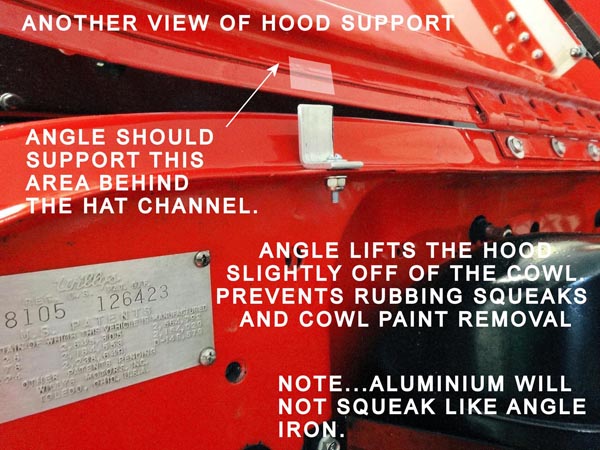 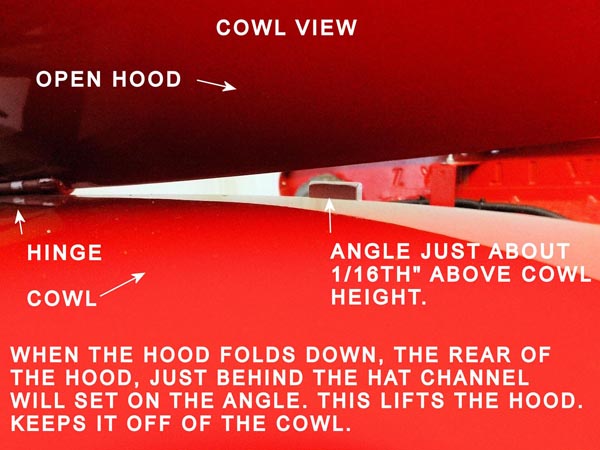 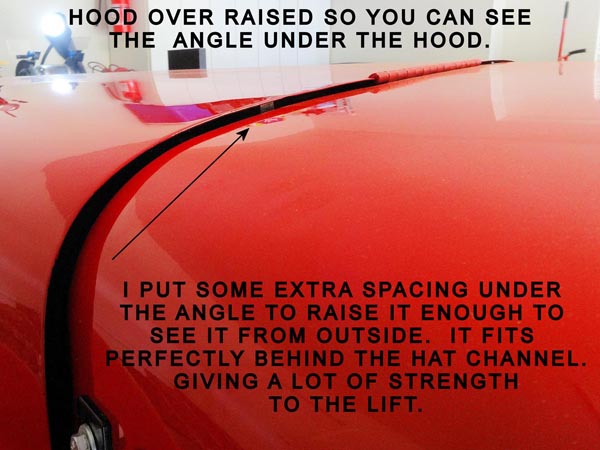 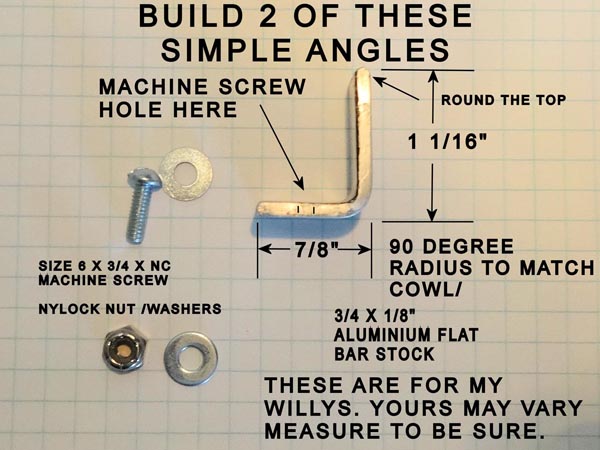 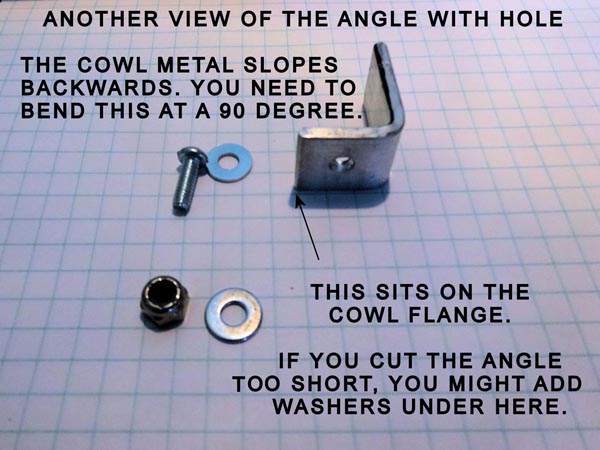 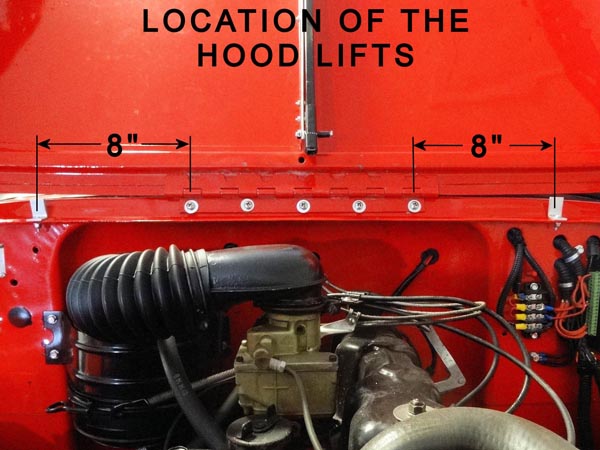 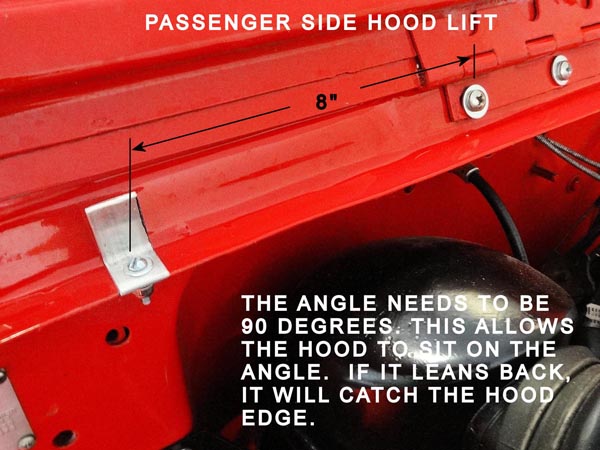 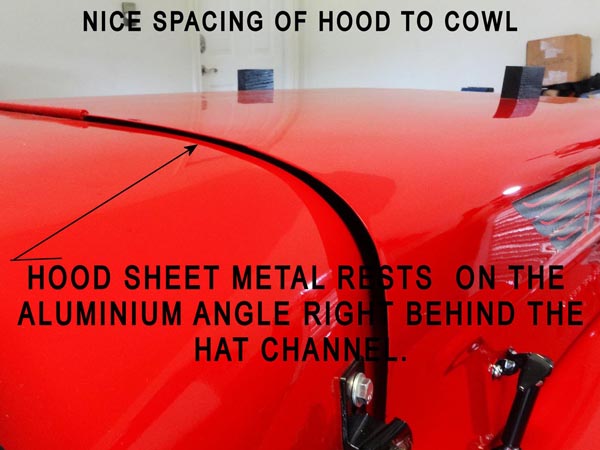 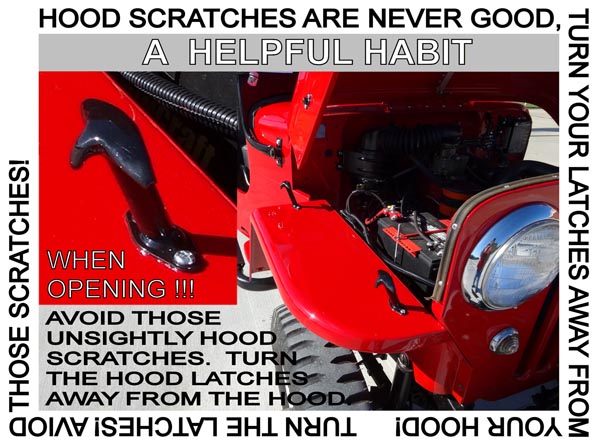 Something a lot of people do not know or think about. An old Willys/Jeep owners trick. 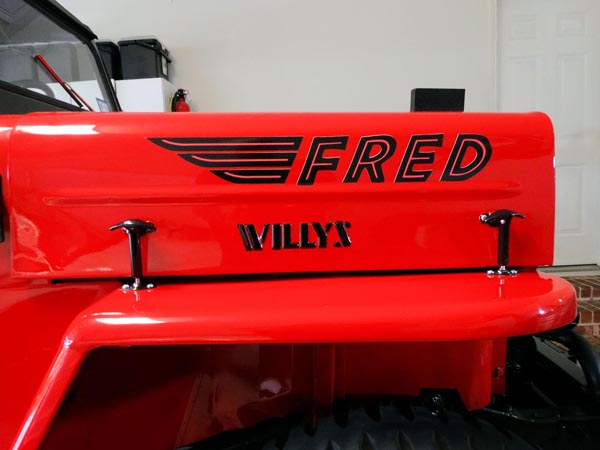 I have also been working on a way to do the paint for the stamped WILLYS lettering. I have now measured 5 Willys that are here in the area, using a digital caliper so I know that everything is correct. My pronouncement is that there are no two out of the five that are the same. I would suppose that as they wore out stamps they used differently made forms. I have found that the letter height also varies. That fact makes it tough to impossible to make a universal pattern.

I cut out some for Fred the Stretched 3B by actual measurements, using a new material that 3M makes, that is micro diamond punched. This makes the material very stretchy. It conforms perfectly to the lettering. But it is very touchy to apply. One misalignment, and if it sticks, it is difficult to remove without it stretching, making a new cut necessary. Anyway, the stuff looks great.

Thanks to Barry for the tips and instructions. -- Derek Redmond