Back in the Mountains
With Dad's Jeep 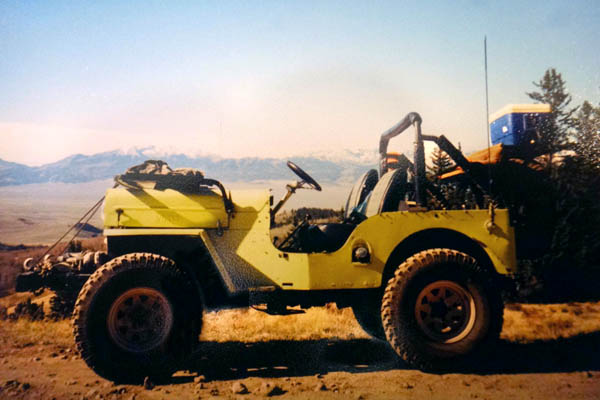 My earliest memories of my childhood involve the mountains and my Dad's CJ-3B. The old Willys was a vital part of our hunting trips each year and I couldn't wait to drive it.

This 1997 photo shows the 1960 CJ-3B with a homemade rack on the back. It held the spare tire and had a seat facing forward that allowed you to hold onto the roll bar while maintaining elevation. It included a rack above the tire to hold an ice chest. 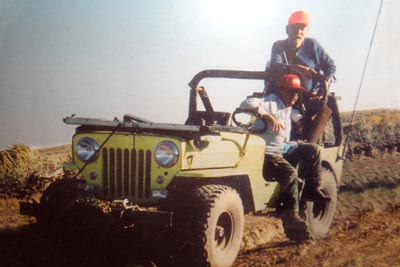 A short stop while hunting deer in Wyoming in 1998. Picture includes my Dad, Vern McBride, on the rear seat, and longtime friend JR in the driver's seat. 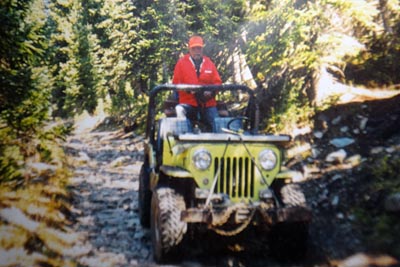 My Dad on a rocky road in southern Wyoming in 1998. He bought the Jeep in 1980 when I was five years old, and used it as a daily driver for years. While growing up I claimed the Jeep as my mine, knowing I would someday inherit it. 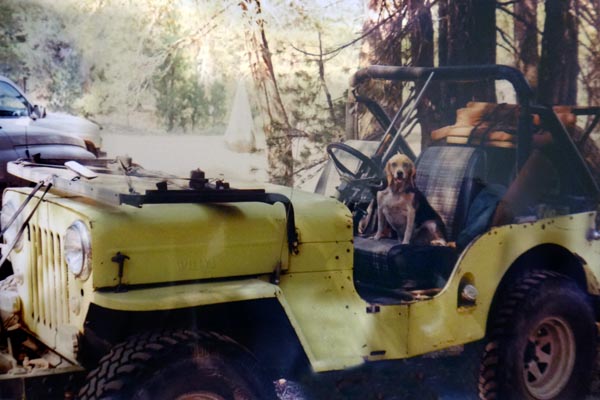 The little hole under the left headlight was for a trailer lights plug -- the previous owner used to tow the rig with a tow bar. 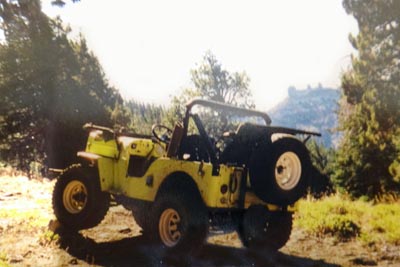 Hunting California in 2003, in zone D-6, with the Three Chimneys in the background. 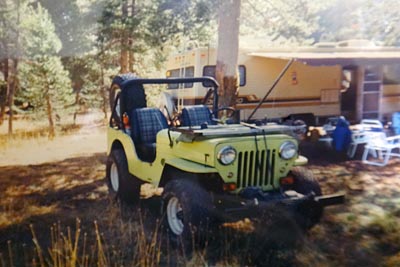 Hunting before the rack was added to the rear -- the spare tire is attached to the rollbar. As a kid I used to sit on top of the tire and hold onto the rollbar while going down the mountain roads. 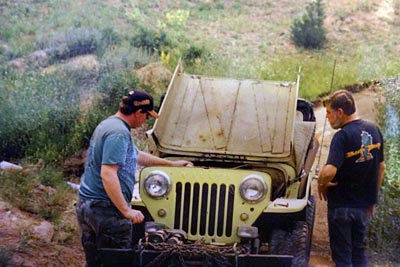 The Jeep having a problem overheating in 1998. We stopped at the first creek for some fresh water to add to it. As a young child I had started working on this Jeep and helping my Dad in the garage. 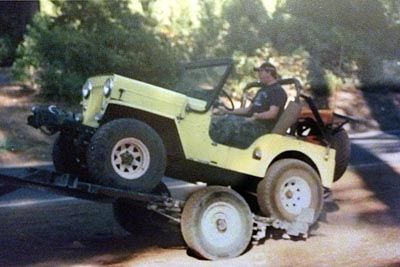 Custom-made tilt trailer made by our good friend Henry Damas. That's me in the seat loading it, in 1998.

In the early 2000's it started sitting in the garage a lot more. I don't think it has been used much at all in the last 5 years. 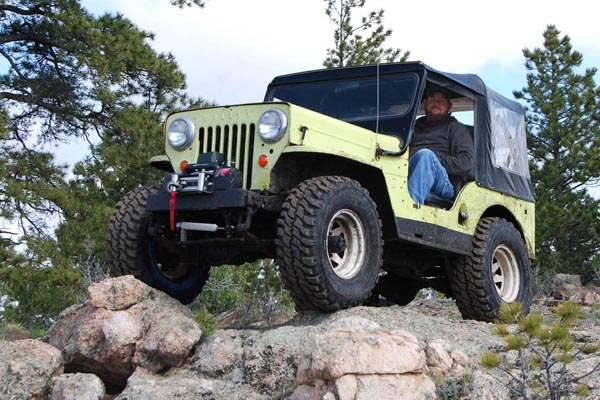 In March of 2015 my Dad handed the Jeep down to me and I had my work cut out for me. I was able to get it running and out on the trails, so there was an immense pride in knowing that this will be in my family forever.

This is the first trip out after getting the Jeep running in May 2015. Springs and shocks are on my list now, but the current setup with 33" tires had been run all over mountain roads and trails in California, and the rear lower section of the fenderwell is the only part to suffer damage. 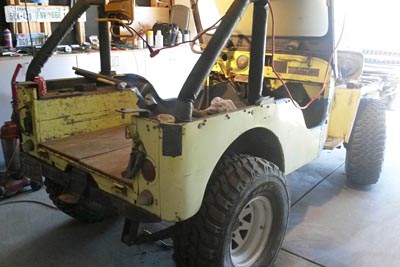 When I started into the project it had been sitting for seven or eight years and the fuel and coolant systems had rusted up. I completely went through those systems, and had a lot of welding on the floors to complete, before getting it running. 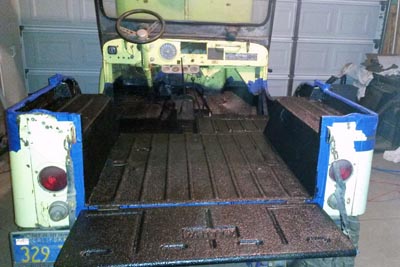 Removed the rear tire carrier and pulled the carpet out. Then pulled the plywood out that was in the back. After getting the floors fixed, I took the opportunity to use Herculiner bed coating. Ended up putting on two coats with the Herculiner kit, which is one gallon. I have just a little bit left over, maybe enough to do another coat in the back. Probably just save it for any touch up later. 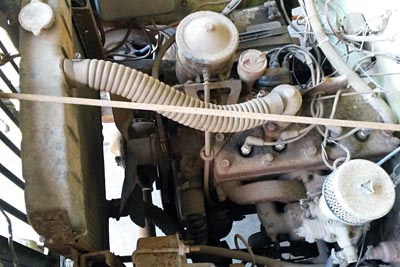 The engine bay, including an L-head that was installed by the previous owner and was completely rebuilt back in the 80's when Dad got the Jeep. Saginaw steering box, Dodge brake vacuum booster and swing pedals, Ford radiator, Honda electric radiator fan (due to overheating while idling/crawling). The transfer case and transmission are standard D-18 and T-90, but the overdrive (not connected right now) is out of a Studebaker and is Borg-Warner. 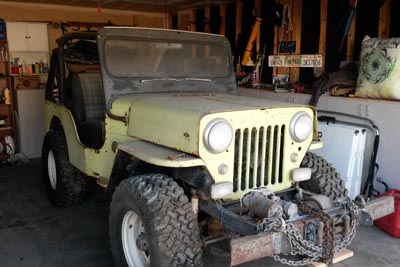 First picture in 2015 after getting it to its new home in Colorado Springs. The old winch was a Hickey. My Dad put an oil pump on a 390 Ford flatbed in exchange for the winch, and my grandpa extended the frame to mount the winch. We used it for years but it was due for replacement. 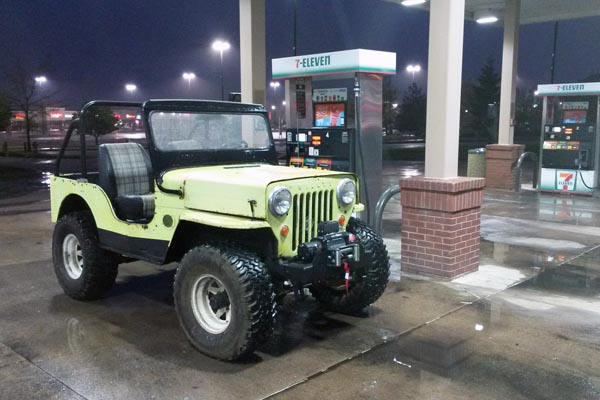 I chose to replace it with a Smittybilt XRC 9,500 lb winch, seen here when getting the first fill-up in seven or eight years, May 2015. 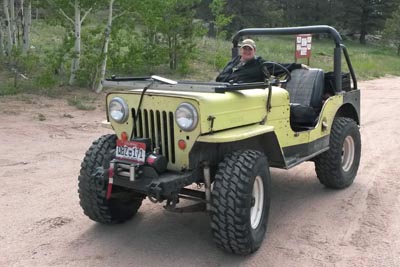 Had the Jeep out again in June. I was having some fun hitting all the mudholes with my wife Ginger riding along. When I drove off into this one hole, I was in for a big surprise. The front end started to drop and I hit the brakes. I put it in reverse and backed out to go around. 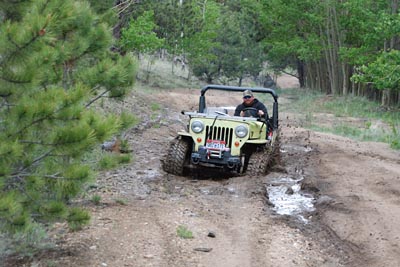 After we passed it, my wife started laughing at me. Well, no man likes that. So I kicked her out with the camera and decided to have another go at it. This time the Jeep dropped all the way in and just spun the tires. 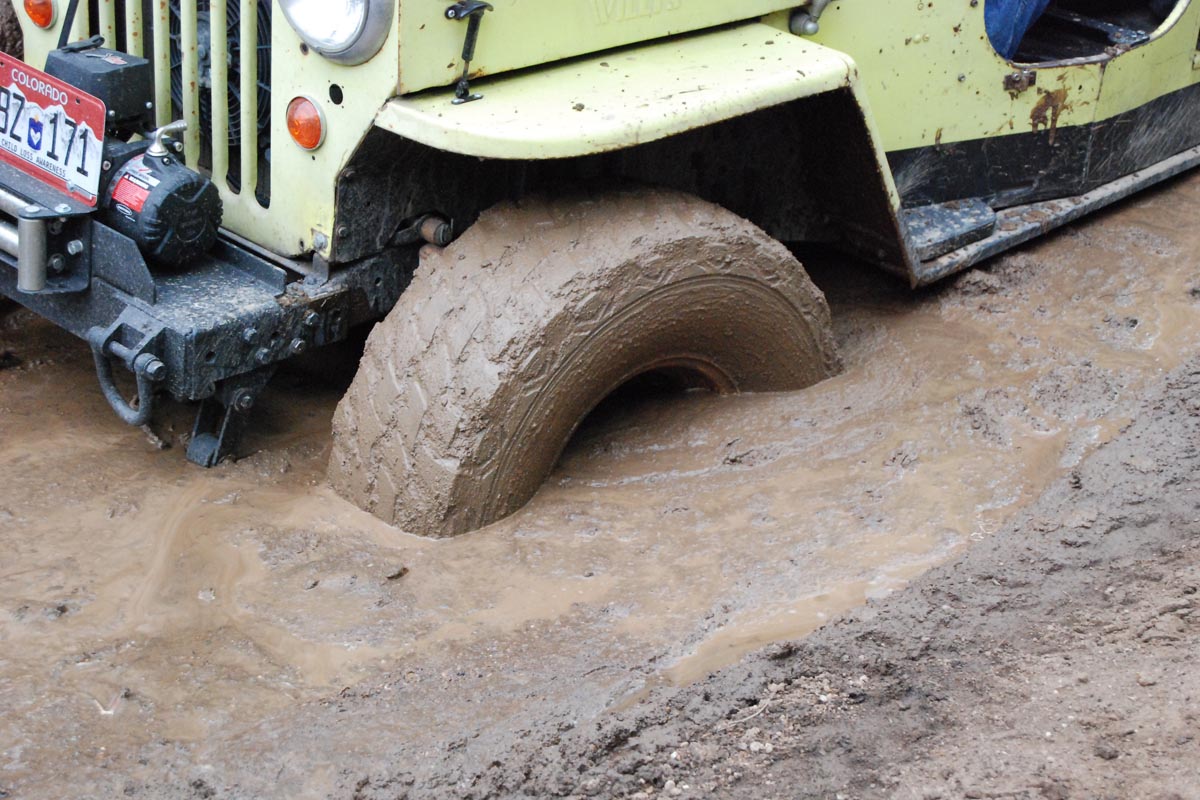 After a few tries I could see that the Jeep just kept on sinking. It seemed like there wasn't a bottom, at least nothing hard to get some grip on. 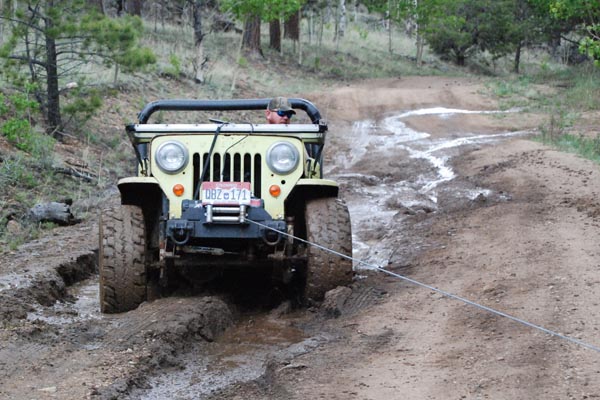 Time to try out the new winch! Worked perfectly and was glad I had it. There is no way, looking at the small mudhole, that I would have guessed it was that deep, or would lead to me being stuck, but it happened. Oh well, it added some fun and in no time we were on our way... hitting all of the other puddles with a little more caution! 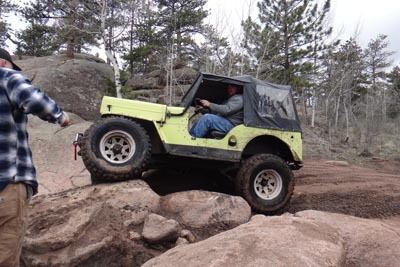 This is the China Wall trail, about 50 miles northwest of Colorado Springs. Had a good weekend with the Jeep -- put about 15 hours drive time on it, and only a couple small problems. 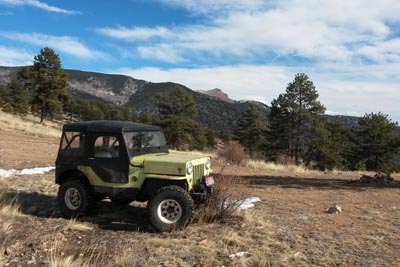 Out on the China Wall trail again in January 2016.

Our hope is to have a child that we can pass the Willys down to, and if we don't we would sure like to keep it in the family. I have two nieces, Stephanie and Kristen, and one nephew, Josh. Maybe one day it will be theirs -- only God can tell. 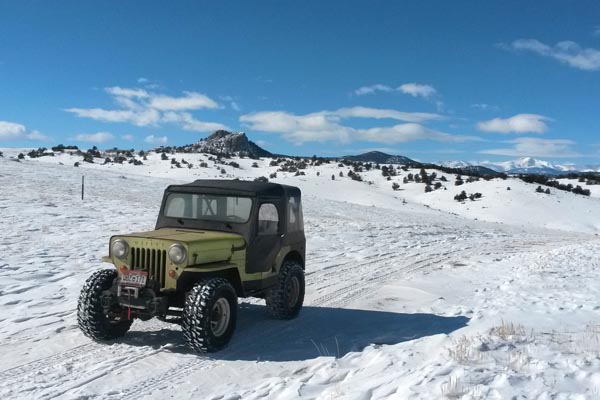 This is near Tarryall Reservoir in the Pike National Forest, February 2016. It was nice to get away from everything and just play in the snow a little. Plenty of it up there.

Thanks to Jason for the photos and story. -- Derek Redmond

He has lots of tech photos and discussion of his project at Pirate4x4.com in 1960 CJ3B: Old Yeller.