Topkapi and When Father Was Away on Business

Here are a couple more movies where CJ-3Bs appeared on the big screen. The two are linked only by the general geographical area where they were shot -- Eastern Europe, two decades apart -- and by the look of the two shots where the Jeeps appear. 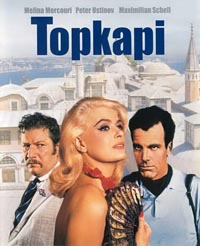 Bill Titus wrote to CJ3B.info to say, "Topkapi stars Melina Mercouri, Maximilian Schell and Peter Ustinov. It is about a jewelry heist at the Topkapi palace in Istanbul. There is a scene where Peter Ustinov is driving a Lincoln stashed with hidden arms and he is discovered at the Turkey/Greece border. In the background, I am positive there is a CJ-3B parked at the border customs police station." 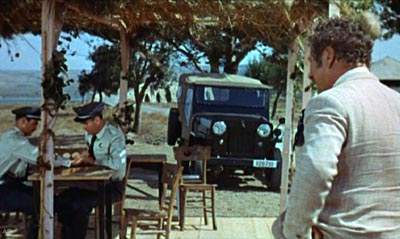 Hard to tell for sure, but the Jeep looks like it could be one of the Tuzla Jeeps made in Turkey. 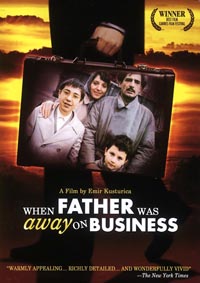 This Yugoslavian film (original title Otac na sluzbenom putu) was nominated for an Oscar in 1985. It tells the story of Mesha, whose careless remark about a newspaper cartoon is enough for him to be arrested by Marshall Tito's communist government. The story is told from the perspective of his young son who believes his mother's story about father being 'away on business'. 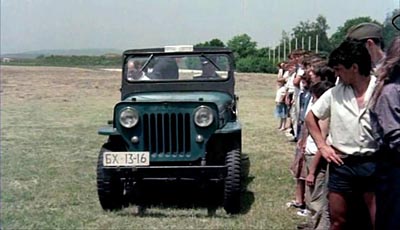 It includes various World War II era vehicles, and this Jeep which appears to be a Mahindra, possibly one assembled in Greece.