The Jeeps of Havana 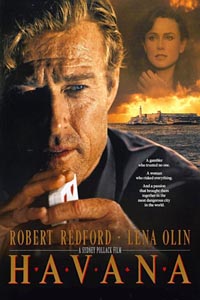 Havana (1990), a Robert Redford movie directed by Sydney Pollack, was not a big box-office success. Basically a remake of Casablanca, it's set in Cuba in late 1958, on the eve of Fidel Castro's takeover. Redford plays professional gambler Jack Weil, who arrives in Cuba to set up a big poker game, but falls in love with a rich, beautiful revolutionary, Bobby Duran, played by Lena Olin. 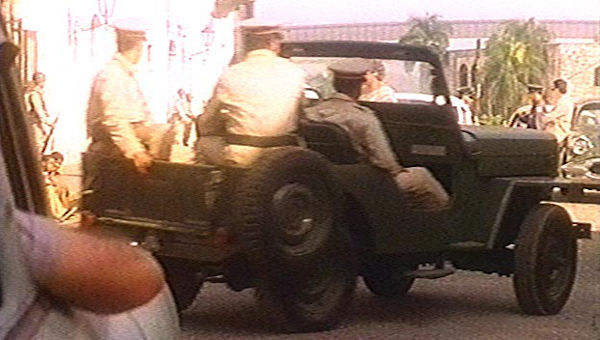 Shot in a glowing, nostalgic light by cinematographer Owen Roizman in the Dominican Republic, the movie features a great supporting cast of 1950s automobiles. Mostly big cars with big tail fins, but also a few Jeeps driven by Batista's army, including a couple of appearances by this bare-bones CJ-3B. 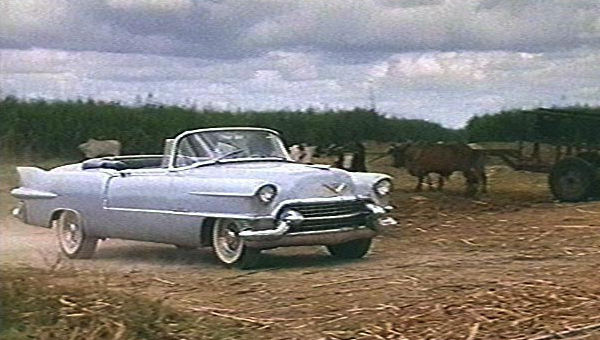 At one point Jack drives through the front lines of the civil war in his silver convertible '55 Cadillac, searching for Bobby. 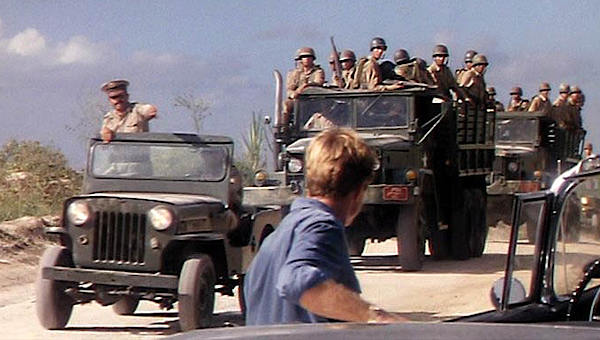 Jack pulls off the road when a sniper puts a bullet through his windshield, and the CJ-3B then makes its best appearance in the film, heading up a retreating army convoy. 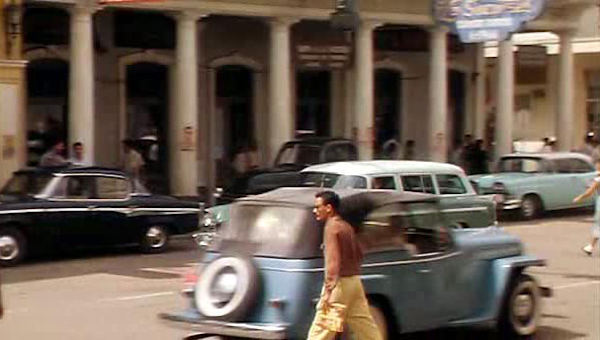 The beautiful Bobby drives an equally beautiful green Chrysler station wagon, which in one shot of the film is passed on the street by a blue Willys Jeepster. (On the left is a black Studebaker President.) 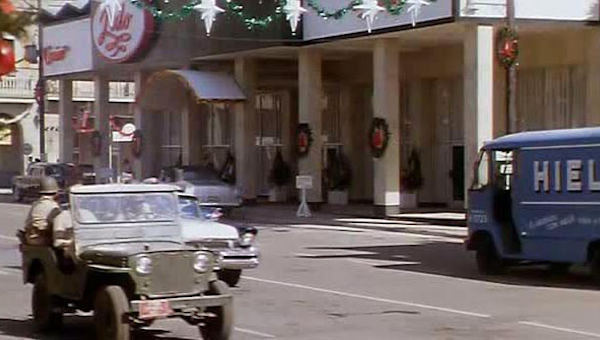 What looks like a CJ-3A also appears as a passing Army Jeep.

Although the plot and the dialogue are at some points unlikely, Havana is a delightful re-creation of a pivotal moment in modern history, and the automobiles are a treat. -- Derek Redmond