Units of the Ecuadorian Army (Ejército Ecuatoriano) are seen here in Plaza de Santo Domingo in Ecuador's capital city of Quito. It's a pretty impressive photo, but undated. There are about six CJ-3B Jeeps, maybe eight early-1950s Ford trucks carrying troops, and three ambulances which I don't recognize. Click to see a larger copy. 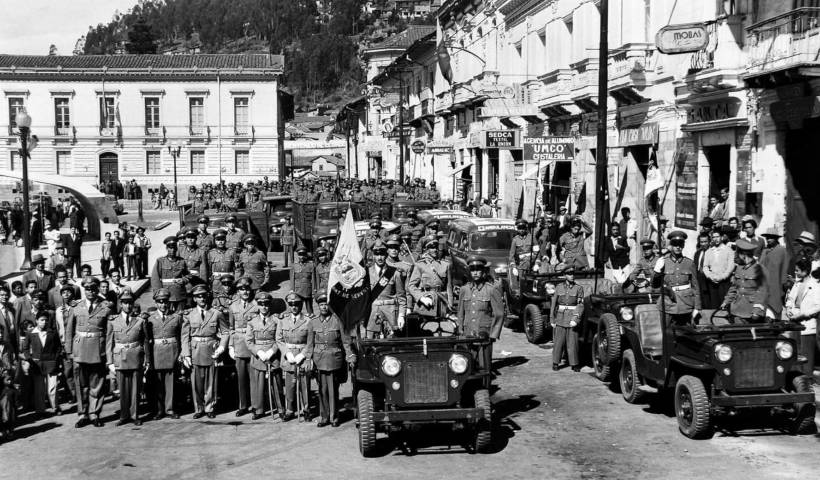 The Jeeps appear to be CJ-3Bs from the mid-1950s (judging by the seats) rather than the later M606 version. The Jeep front and center is carrying a version of the Ecuadorian flag. Photo courtesy of German Andrade Cueva. I would be very interested in any further information about the photo, or about Jeeps in the Ecuadorian Army. 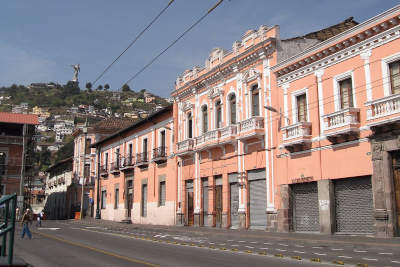 Plaza de Santo Domingo, located on the southern side of the historic center of Quito, is seen here in 2016. Just visible on the left side is the building from the background of the photo above, in the process of having a third storey added. On the hill behind is the Virgen de El Panecillo, the tallest aluminum statue in the world, erected in 1975. (Wikipedia) Photo by Rossana M. courtesy of TripAdvisor. 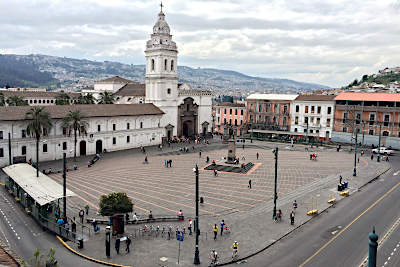 The same building with the third floor being added, is seen on the right side in this 2015 photo.

The Church of Santo Domingo, on the southeast edge of the square, was finished in 1581. And in the center of the plaza is a statue of Antonio José de Sucre, a general who defeated the Spanish in the Battle of Pichincha in 1822. Quito's old city is considered the best-preserved historic center in Latin America, and is a UNESCO World Heritage Site. Photo courtesy of the blog Looking For the Sweet Spot.


Thanks to German Andrade Cueva for finding the photo. The image of the Flag of Ecuador is courtesy of Wikipedia. -- Derek Redmond