by John Carroll and Mark Askew

John Carroll came up with some great photos from his archives to illustrate this beautifully laid-out 50th anniversary article from the British magazine 4x4, August 2002. Much of the text covers the various overseas versions of the CJ-3B. 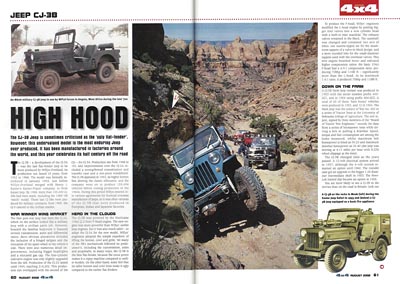 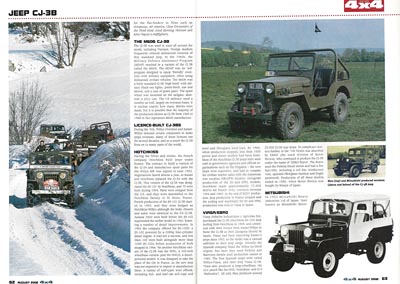 "Yet another Hotchkiss variant of the CJ-3B was the HWL, a 100-inch wheelbase version...." 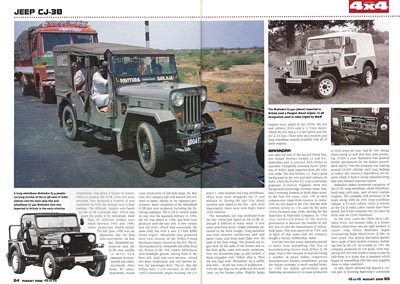 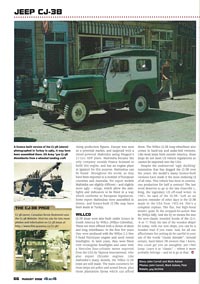 Thanks to John Carroll for sending the magazine, and for the plug for CJ3B.info (at the old web address.) -- Derek Redmond