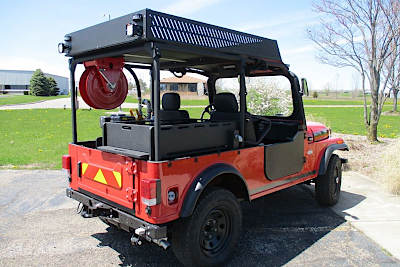 Spencer Fire Trucks in South Haven, Michigan was founded in 1986 and has been growing ever since. They have been featured in the media, including articles in Firehouse and Fire Apparatus magazines, describing their custom-built pumpers with innovative rear elevated pump control panels.

Another innovative piece of apparatus built by Spencer in early 2020 was a brushfire unit on the Mahindra Roxor platform. 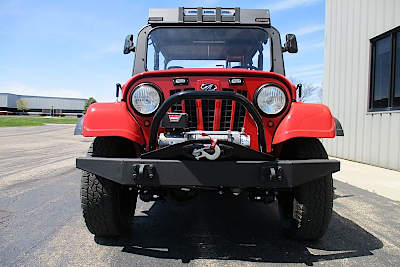 A Jeep in everything but name, Mahindra's Roxor went on sale in 2018 through powersports dealers as an offroad utility vehicle, not street legal in most U.S. states without modification. It was the first time a Jeep (sort of) was exported by a licensed overseas manufacturer (Mahindra & Mahindra in India) back to North America. 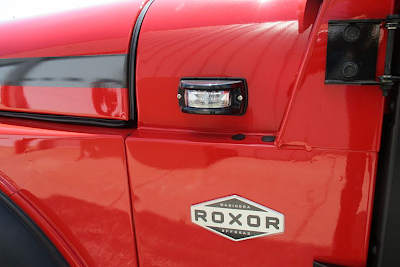 The Roxor is basically a version of Mahindra's new "Thar", a direct descendant of earlier Mahindra Jeep models. It is assembled by Mahindra Automotive North America (MANA) in Auburn Hills, Michigan, with parts imported from India and some local content. It's powered by the Mahindra 2.5 liter turbo diesel, with a 5-speed transmission, a PTO-ready transfer case based on the Dana 18, a boxed frame and solid axles. 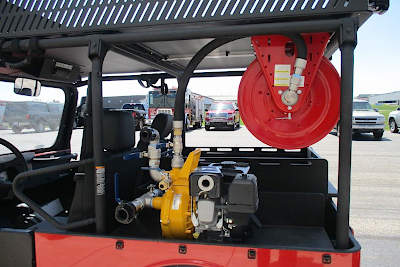 The guts of the Spencer unit are pretty simple; a tank, a gas-powered pump and an overhead booster reel. The department that puts the Roxor into service will no doubt take advantage of the ample storage space to add more gear. This vehicle is not a "mini" Jeep; its overall length of 148" is 18" longer than a CJ-3B. 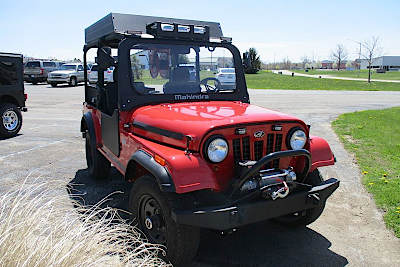 Fiat Chrysler Automobiles took legal action in 2018 to stop Mahindra from selling the Roxor in the U.S., and the U.S. International Trade Commission ruled in FCA's favor in June 2020. Mahindra however had already announced design changes including a new grille design looking less like a Jeep, and is continuing to market its 2020 model.

It will be interesting to see if this concept for an inexpensive brush truck catches on, the way the Roxor itself has found a market. 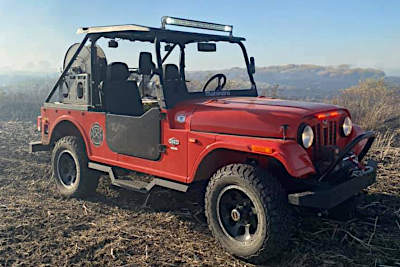 The Rocanville, Saskatchewan Fire Department had a similar idea, and saved money by building their own Wildland Roxor. They purchased the basic vehicle with a few accessories from Universe Satellite Sales in Rocanville, after pricing out a Jeep as a comparison, which would have been about $8,000 more. 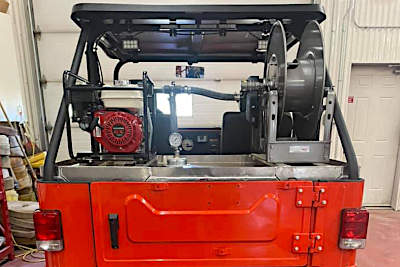 Owen Wilson at the RFD says, "The tank/pump/reel setup and the lights were all sourced out by myself. 75 Imperial gallon tank (90 US gallons, 340 liters) was built by a local fabricator. We went pretty minimal with flashers as this unit isn't meant to be on the highway blocking traffic. We have Feniex brand lights and siren and controller." 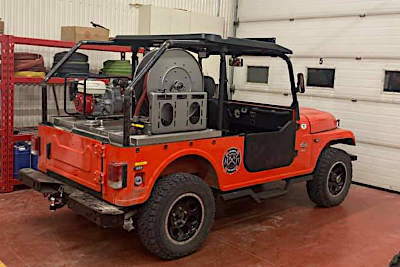 One note for other departments considering a similar unit: the roll cage on the Wildland Roxor had to be modified. Owen says, "This shows our updated ROPS. The original setup was in the way of the reel, as well as right in the way of the exhaust from the pump. Tweaking them a little protects from branches smacking into them and makes things more accessible." 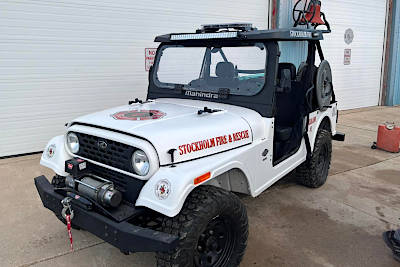 Also in Saskatchewan, the Stockholm Volunteer Fire Department put Wildland #1 into service in April 2022. They commented on Facebook, "This will be a great asset to us as fire season approaches."


Thanks to Spencer Fire Trucks. Also to Stockholm VFD, and to Owen Wilson and Rocanville FD. -- Derek Redmond