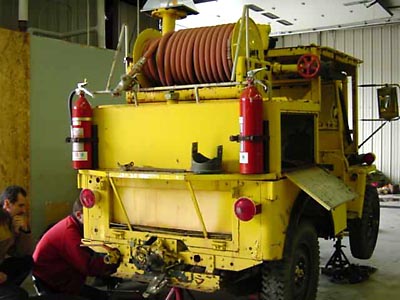 Here's a small but impressive fire engine with an interesting history. Retired since 1985, it is now being restored by members of the New Salem Fire Department in New Salem, near Albany, New York.

Although used in New Salem from the early 1970's until 1985 primarily for brushfire control, the large superstructure and heavy-duty plumbing installed on this Jeep clearly go beyond what is found on a typical small brushfire truck. Calling it an "attack engine" might be appropriate. 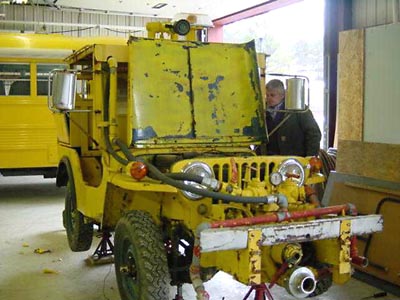 The CJ-2A was apparently outfitted originally by the Albany Police Department for riot control, accounting for the water cannon on the steel roof, and the huge 500 GPM front-mounted pump.

A quick historical survey suggests that perhaps the only time the Jeep was used for its original purpose may have been during the race riot in Albany on 27 July 1967. Four days after the beginning of the infamous Detroit riots, a night of unrest in Albany left windows smashed, buildings burned, and seven people injured. As described by Samuel G. Freedman in The Inheritance: "By the time rainfall and one hundred helmeted police stilled the streets, forty-four boys and men had been arrested for inciting to riot." This Jeep may have been called into action by police that night. 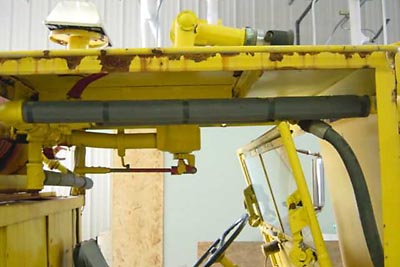 The Jeep was sold to the New Salem Fire Department in the early seventies. The remote-control gun on the roof, as well as nozzles at ground level on the front, made it a quick-response brushfire fighter.

In 1985, a new Brush Truck was added to New Salem's apparatus (40K JPEG), and the Jeep was retired from its second career and donated to the nearby Altamont Fair. 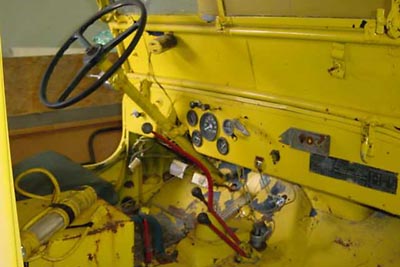 New Salem 1st Lt. Tom Albert says the Department kept "first dibs on getting it back if the fair didn't want it any longer. Well, you guessed it, they also retired it. We are in the process of 'restoring' it for parades etc. and even have thoughts of putting it back in service as a fire fighting vehicle.

"We have to replace the front seal on the tranny and rehab a bit of the plumbing as well as finish work on the brakes, but let me tell you, she still pumps like a real fire truck as I can personally attest to!" 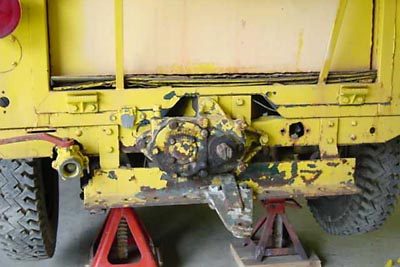 The rear of the superstructure holds about 100 gallons of water, as well as equipment storage. There are connections for a water trailer, as well as a rear PTO for running auxiliary equipment. 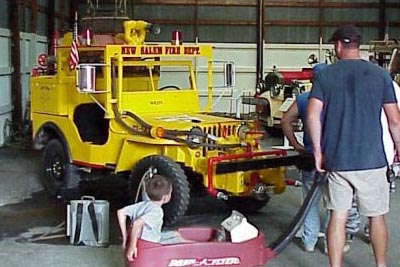 Update: the Jeep has now been restored to parade-ready condition.

Thanks to Tom Albert, and photographer Anna Mohan. -- Derek Redmond