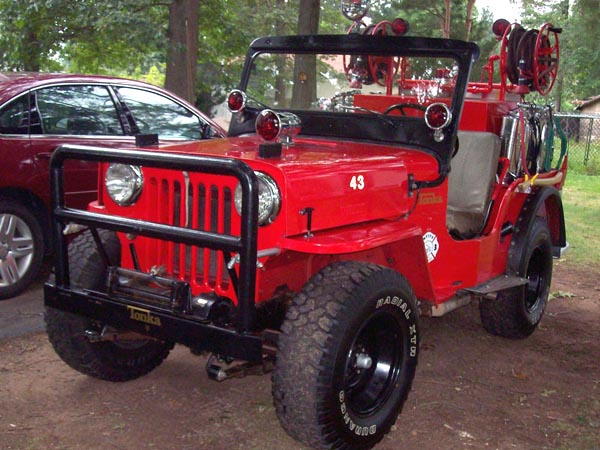 This 1961 Willys CJ-3B (serial number 57348 77873) was up for auction on eBay in 2008. It's an unusual, fully equipped and fully functional piece of apparatus. We don't have details on when and where the Jeep was converted for use as a brushfire truck, but it may have been in New Falls, Ohio, where it was apparently in service until 2007. It is now part of a collection in California. 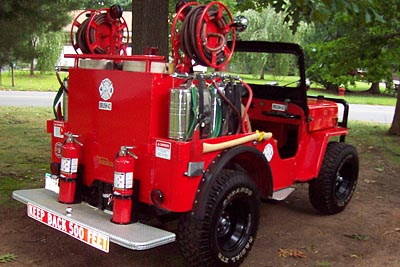 The conversion included a very neat rear water tank installation, solid brush protection on the front bumper, and steps on side and rear. 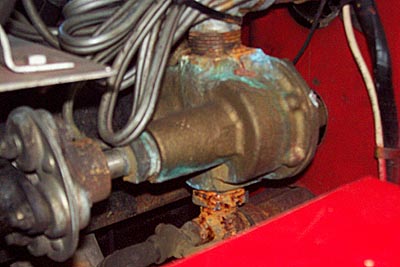 One thing that makes this truck unusual is the brass self-priming pump found under the hood. It is belt-driven, electrically activated, and can deliver 60 GPM at 200 PSI. It is connected to the 160-gallon rear tank, and can pump through two ground-sweep nozzles while rolling. 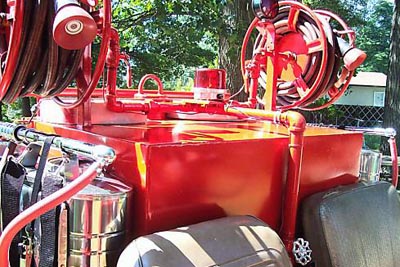 The tank was rebuilt in 2002 and has no leaks. Each of the hose reels carries 150 feet of 1.5" forestry hose with nozzle. 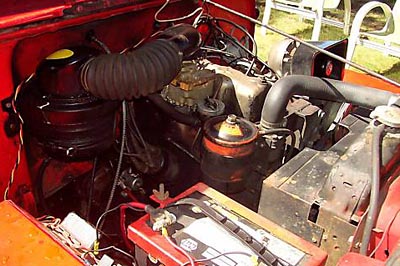 The electronic siren is on the left side under the hood. The engine has been serviced regularly and runs well, and the clutch has been replaced recently. Not surprisingly for a fire truck, the odometer shows only 4,279 miles, although it was in active firefighting service until 2007. 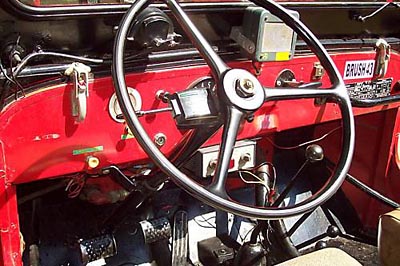 The gas gauge does not work, and there are some minor dings and scratches from normal firefighting use, but this Jeep would be equally suitable for driving in a parade as for protecting a ranch or a lumber yard.

Thanks to Brian Sullivan for the photos. -- Derek Redmond