Sri Lanka is the small teardrop-shaped island nation southeast of the southern tip of India. It was one of the places hardest hit by the tidal waves from the December 2004 earthquake in the Indian Ocean.

I already had an interest in Sri Lanka because I lived there for a year, back when it was known as Ceylon. I now live very near where Air Commodore Leonard Birchall was recently buried in Canada. He was the pilot who spotted the Japanese fleet steaming toward Ceylon in 1942 intending to repeat what they had done at Pearl Harbor, and radioed a warning which helped change the course of World War II. He spent the rest of the war in a Japanese prison camp, and came to be known as the "Savior of Ceylon." 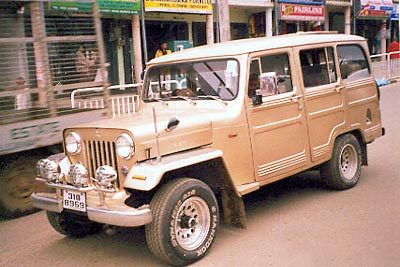 Ironically, Mitsubishi Jeeps built in Japan are now more common in Sri Lanka than the Mahindra Jeeps made in nearby India. This Mitsubishi wagon was photographed at Nuwara Eliya, at a height of some 3000 ft. above sea level, where a lot of the famous Sri Lankan tea is grown. 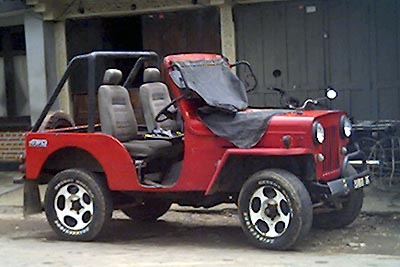 These photos were taken by S. Srivardhan while on vacation in Sri Lanka.

Srivardhan saw this high hood with hot wheels and low rise door openings, in the coastal city of Negombo. On the west coast of the country, Negombo escaped the worst damage from the recent tidal waves. 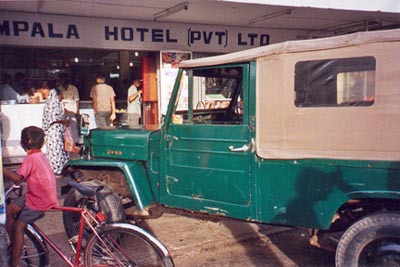 Gilles Cardone in Luxembourg sent this photo he took in Sri Lanka. At first I assumed it was a Mahindra, but this is also a Mitsubishi Jeep. 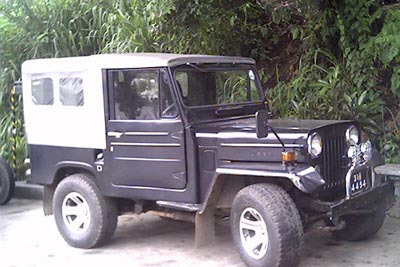 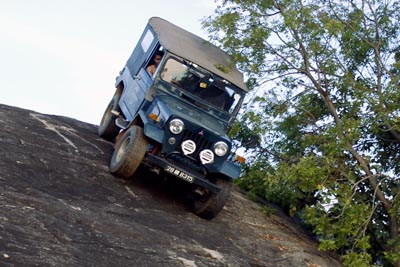 As of 2015, Rajeen Prasanna wrote to say there is now a Mitsubishi Jeep Club of Sri Lanka, and sent a great photo of his 1968 J20.

Certainly, after the 2004 tsunami, Jeeps throughout Southern Asia played their usual role in assisting people through difficult situations. UN Field Coordination Chief Arjun Katoch was asked in an interview shortly after the disaster, "In many places communication lines have snapped, roads disappeared; how do your aid workers reach these places?" His reply: "Whichever way is possible -- walk, Jeep, helicopter." -- Derek Redmond

See the Mitsubishi Jeep Club of Sri Lanka on Facebook.