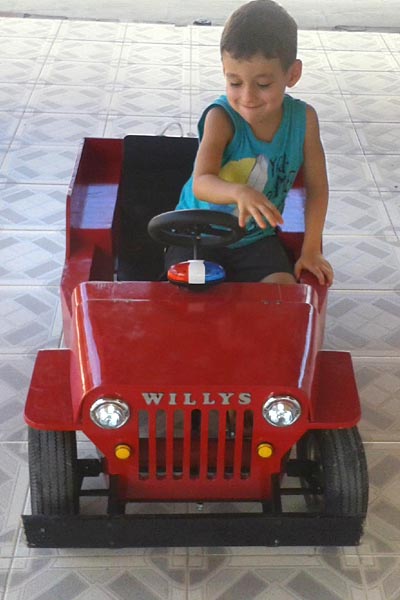 Mauricio Di Filippo in Brazil sent these photos of the chain-drive pedal Jeep he built for his son. He researched the idea thoroughly, combined what seemed to be the best features of various plans that have been published, and incorporated some new features.

Mauricio says, "Around 3 years ago I was looking for plans to build a pedal car for my son and I found the section of CJ3B.info with pictures of several inventions around the world. I decided to start my project, took the plans available, and was inspired especially by the Jeep for Junior plans.

"But I felt that several improvements had to be made; the project was too old, but the scale and idea was great. After 2 years of dedicated work (considering I have few hours available for me per week) the prototype was concluded, and is a success! My son is Junior, so this is really Junior's Jeep!

"The original Jeep for Junior plan was reduced by 15% in general, and the traction system and steering gear system were completed redesigned."

See a short video clip (3 MB) by Mauricio of Junior's Jeep in Action. 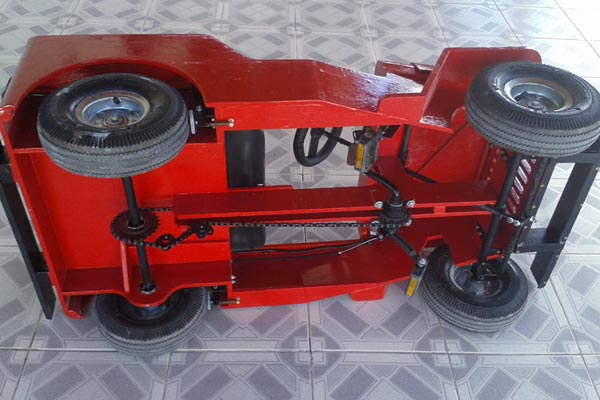 The electrical system has headlamps, taillights, brake lights and a 4-tone horn (bought by Mauricio from Aliexpress.) He also mentions that the body is completely different from the original Jeep for Junior. He says, "Body and chassis frame are one piece, fenders are structural."

He sent a good selection of detail photos, saying "I hope my design can inspire other inventors to upgrade it." 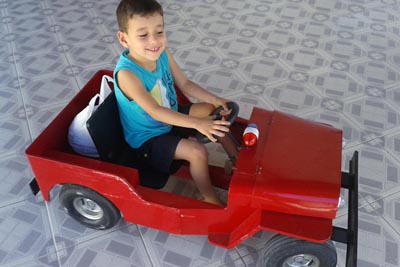 Like the 1948 La Jeepette, Mauricio elected not to add a windshield, because it would likely get broken. Some of the other plans do include different types of folding windshields. 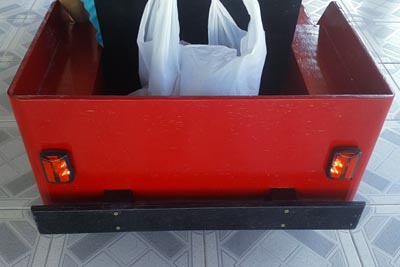 The taillights also include brake lights. The bumper is attached to the rear body, and its not part of the frame structure. 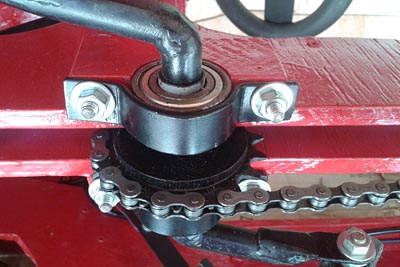 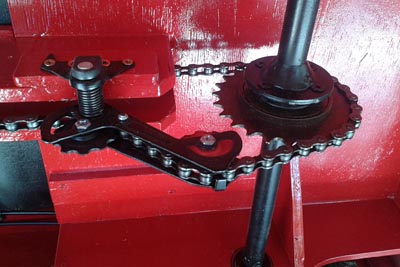 The tensioner spring, as used in a bicycle derailleur, is essential to a smoothly operating chain drive. 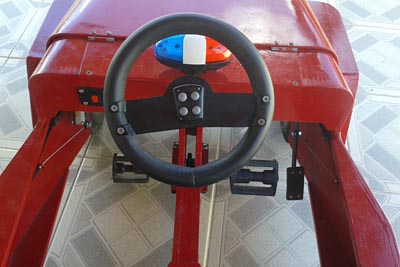 The steering wheel includes the buttons for the four different horn sounds. The small pedal on the right side is the brake pedal. 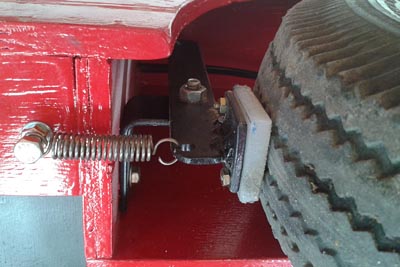 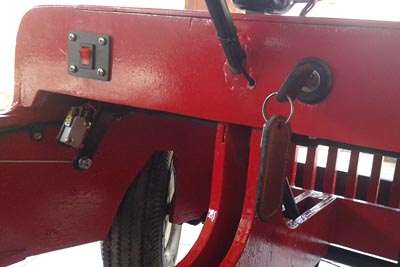 The linkage from the brake pedal to the left-side rear brake, also contacts the brake light switch. 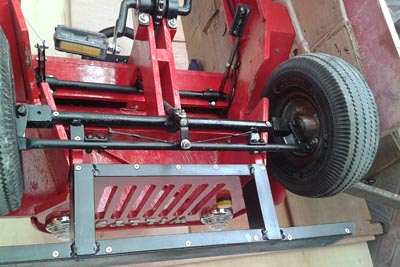 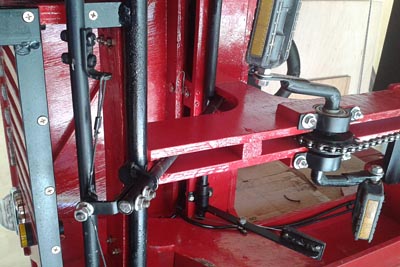 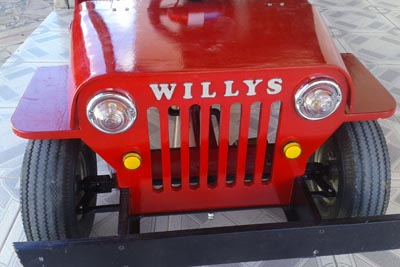 A nice touch is the use of Willys parking lights as headlights. 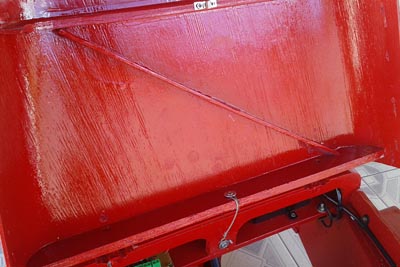 The hood swings up for access to the steering and to the electrics. A diagonal brace adds stability to the bent-plywood hood. 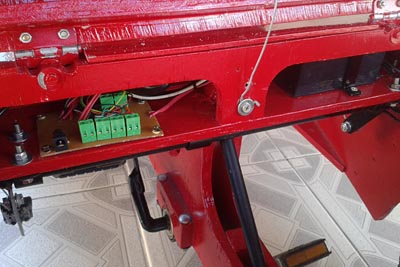 The battery and the electrical connections are under the hood.


Thanks to Mauricio for the story of his project! See his short video clip (3 MB) of Junior's Jeep in Action. -- Derek Redmond

Also on CJ3B.info, see the 1945 Jeep for Junior and other pedal Jeep plans.