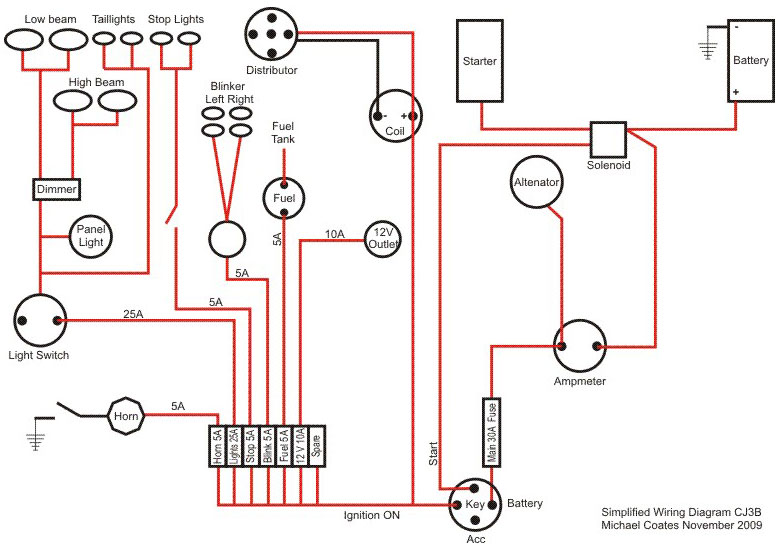 The question gets asked on the CJ-3B Bulletin Board: "Looking for advice on the purchase of a new wiring harness. I have seen ads for "Painless Performance Products" and "Centech Off Road". Anyone have a preference or other source?"

Patrick Gray: "I would suggest upgrading to the one made by Centech. I've put in two of these harnesses myself, both on '60's CJ5's and its easy, step by step and straightforward with the added benefit of a modern (safety here) fuse block with blade-type fuses and fusible links along with a neoprene type of Hi-temp wire that's printed with the circuit name about every foot or so. Cost is around $269 I think, though it might be cheaper."

(Note: shown in the photo is a Painless Performance kit.)

Bart McNeil: "You seem to have found the most expensive wiring harnesses available. If you want a less expensive alternative try Walck's. I have an outdated price list, but I suspect it is still less than $200. And here's a supplier that looks good for restoration harnesses: Vintage Wiring of Maine."

(Note from Derek: see A Visit to Vintage Wiring of Maine on CJ3B.info.)

Buck Toenges: "Call Karl or Ron at Walcks (1-610-852-3110). They have a repro wiring harness that matches up color-wise to the originals. They have their own wiring diagrams that make more sense then the factory manuals."

Reed Cary: "Making your own replacement wiring harness is one of the easier things to do on a Jeep. And the black cloth loom is still available, or at least was last I looked, at NAPA. There are no instructions for making a harness which I have ever seen. Simply copy the one you have. Pay particular attention to copying wire size, if you are still on the 6 volt system. And if in doubt, go to the next size up.

"I have heard that the original style cloth insulated, color coded wire can be had, but I don't know the source. Reproduction harnesses can be purchased, but they are quite expensive. (You can make your own for perhaps 1/5 -1/10 the cost.) This is also a good time to consider if you have need for running any additional wires, for a back-up light, for example."

Cliff Todd: "I made my own wiring harness for about 50.00 Used crimped conectors from auto supply store. I took one item at a time and in about four evenings after work I would take 2 to 3 hours at at time with the Jeep. Instead of taking the old harness out I would unhook the old wire and follow it the where it went and hook it up, then cut out the old wire. Kept it all running along the same path as the old harness.

"Afterward I used a plastic wire loom cover to enclose everything and used zip ties to attach it to the inside of fender or frame. Also added some inline fuses to some areas that were not protected from a previous botched job. Not a rocket science type of project. But rewarding in knowing I did it myself, and saved a wad of cash that would choke a horse in the process. Of course if you use an off the shelf wiring harness, it would be fast work and save a few hours." 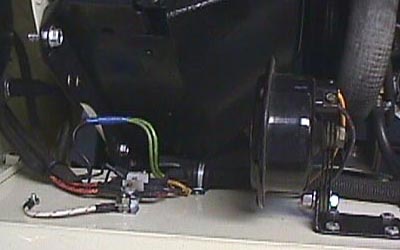 John Hubbard: "One source for original style, cloth-insulated colored wire is: YnZ's Yesterdays Parts, telephone (909)798-1498 in California. That is where all the wire for my '54 rebuild came from. They also make great braided cloth battery cables. Their wire looks like lacquer coating, but I believe it is clear plastic and is superior to lacquer in that it does not yellow with age.

"I went a lot more colorful than the original wiring. Theblack, cloth loom that covers much of the wiring is still available manyplaces and is an asphalt coated (for waterproofing) cotton loom."

Ed Wilson: "I did my '54 3B a few years ago before I had any idea I could get the replacement stuff. I hear many good things about the repro wiring harness, too. I bought the wire, connectors, and terminals off the rack at an auto parts store. These are available in several colors and I color-coded the different subsystems ie, headlights, turn signals, etc. Then I removed one wire at a time and replaced it. It is a fairly simple process and patience is your most valuable tool. After the new wires were in place, I used the split plastic tubing to create a 'harness'. 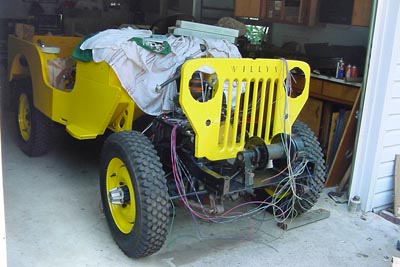 "I made a couple of changes during this. I added a remote starter solenoid that allowed the use of a dashboard push button instead of the floor button. I also used a fuse block (Radio Shack) for all accessories -- heater, electric wiper, fog lamps, horn, and backup light. I felt this was an improvement over the original system. I had wanted to have this fuse block switched so all the accessories would be off when the ignition switch was turned off. But it proved to be too much for the small ignition switch, so it runs directly off the battery.

"Bullet type connectors are fine for most of this installation, except for the connections in the rear wheel wells where the pigtails from the tail lights hook into your wiring harness. The only thing I've found that lasts here is soldering the wires together and using shrink tubing over the joint. Just be sure to put the tubing on the wire before you solder them! Since I was running all new wires to to the rear, I added an extra wire which I later used for a backup light.

"A couple of notes here: newer, twelve-volt vehicles use 14 and 16 gauge wire, where the six-volt uses 10 and 12 gauge. Six volts works better with the heavier wiring, so I used the 10 gauge on the charging and starting circuits and the 12 gauge in all other applications. I also used a replacement light switch with a built-in fuse holder, the glass cylinder type. But instead of the fuse, I bought a circuit breaker that snaps into the fuse holder. No hunting in the dark for that spare fuse if something should go wrong! I understand the repro harnesses go for just under $200 while you should be able to 'do it yourself' for around $50.

"I also found a circuit tester to be very helpful for all electrical work on the Jeep. It wiil tell you if you are getting the power to the right wire.

"Last but not least, be sure you have a good ground for your lights. This is just as important as good wiring for proper function."

Robert Reeves: "I have done some electrical work on a boat and cleaned up a horrid mess of bad wiring. This included three individual 15A 120v AC fuses in a 12v DC run going to a 3.5A marine radio. The previous nut had also used standard household wiring and soldered to that various other circuits, leaving the connections bare.

"To get down to brass tacks here, I found that the only way to keep corrosion out of my connections was to use the following tactics:

"This allows the caulking to get out but if you are careful some (as gel) will remain in place (for a time) to guard against nicks. Critical -> Make sure the second layer of shrink tubing is no less than 1-1/2 inches longer than the piece used to cover the splice.

"Use of clear heat shrink tubing allows for some (40% or better) of the wire colour to show through. On the military jeeps this is unneeded as all of the wiring (if original) is black.

"This worked very well except it is a little messy. The boat had no problems for over six months sitting in a marina constantly in salt water."

Thanks to all the contributors, and to Michael Coates for the diagram. -- Derek Redmond

See also Starter Problems on CJ3B.info for tips on wiring the starter motor.

Elsewhere on the web, see the New Wiring Harness project at Vernco.com, and Rhode Island Wiring for wiring supplies.