My CJ-3B did a fine job last winter plowing snow, but I soon realized that it was too slow for everyday driving up here in the mountains of Colorado. I live at an elevation of 9150 feet and work at 11,000 feet, so the drive to work is all uphill. The little F-Head needed some help. 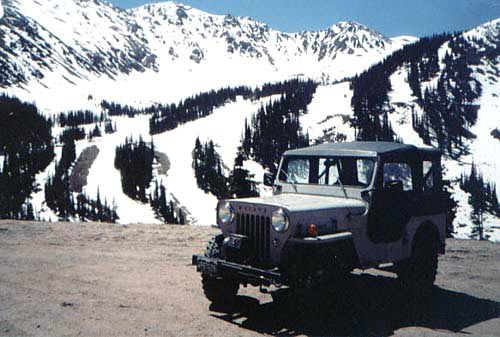 I purchased a Weber two-barrel carb which comes in a kit with an adapter. This carb kit has the proper jets for this size engine. 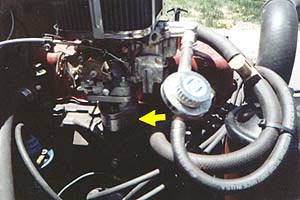 The one problem was getting to the stud nut (closest to the valve cover). In order to access the stud nut, the valve cover had to be removed but then with the carb installed the valve cover didn't have enough room to be reinstalled. I made a 3/4" spacer to fit on the intake manifold and installed longer studs. Aside from that, everything bolted together well and I was able to use my existing linkage. 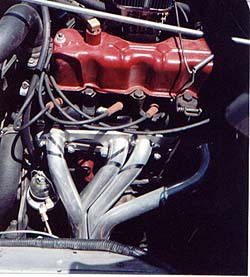 Headers were the next addition and they bolted up and fit well. The Jeep was taken to a muffler shop and a 2 1/4" exhaust was installed. The headers (and the carburetor) were purchased from Clifford Inline Performance (909-734-3310). If you look at the headers they appear chromed but have a coating called Jet Hot. Not only is it good looking, but it gives the headers a lifetime warranty.
I am now fine tuning the carb with the proper jets, and it's somewhat a trial and error method, but at 60 mph the Jeep seems like it needs another gear (I also have a Warn OD unit to install). It put a nice big grin on my face driving it.

I only wanted to do bolt-on modifications and am quite pleased. I have also eliminated the points with a Pertronics module available from CBS (800-685-1492). These modifications really helped my 3B become roadworthy, and are a lot easier than a V-6 engine swap.

I have also installed 11" brakes and a Warn overdrive, and I have had the old Jeep up to 70 mph. I am very pleased with this performance upgrade, but my stock steering is alittle marginal -- I am planning to upgrade to a one-piece tie rod with Hudson steering.

I have now sold my CJ-3B to a fellow in Wisconsin. I guess that it really screams at sea level. He was very happy with the purchase.

Thanks to Joel for the photos and description of the project. -- Derek Redmond