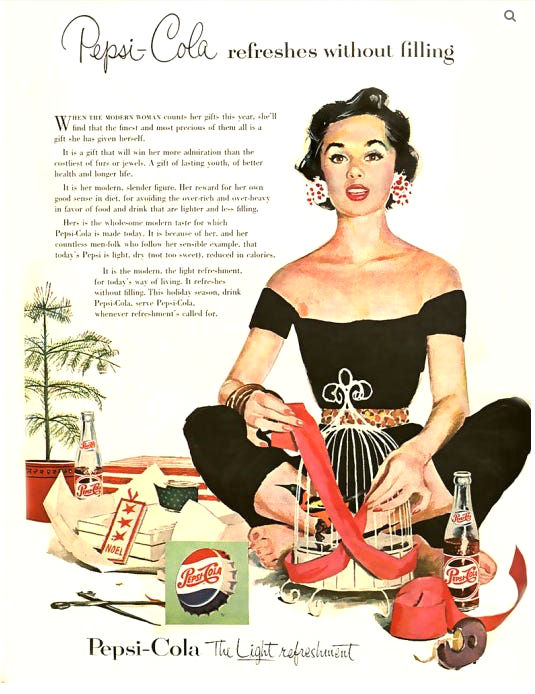 As a sidebar to the article on Pepsi Surrey Galas, 1960 here's some more Pepsi-Cola advertising from the late 1950s. These are Christmas ads, starting with one that possibly dates from 1957. It uses Pepsi's fifties slogan, "The Light refreshment," and incorporates quite a bit of text supporting the dubious claim that Pepsi will help women keep their "modern, slender figure."

These ads do seem to be aimed primarily at women, but for the fifties this illustration is racy enough to grab male eyeballs as well. 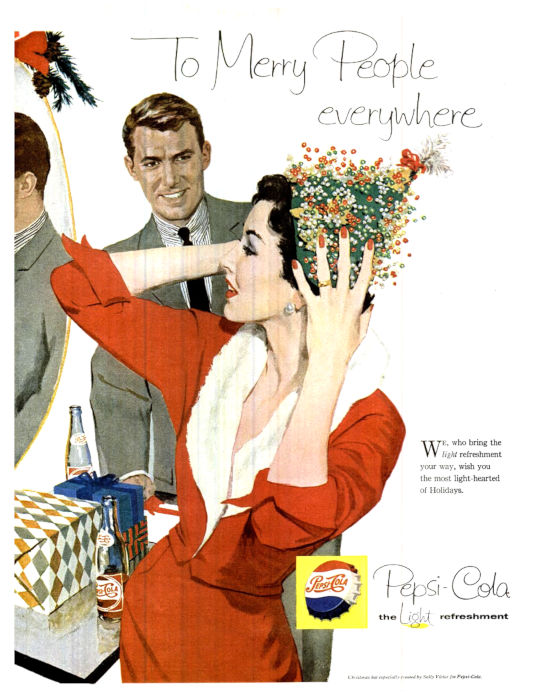 This ad is from 1958, and appeared in Life magazine's 22 December edition. Like the others, it doesn't use the word "Christmas," although political correctness was not yet a thing. The focus was not on tradition, but on the cool, fashionable people who did things their own way, fuelled of course by the sugar and caffeine in Pepsi. 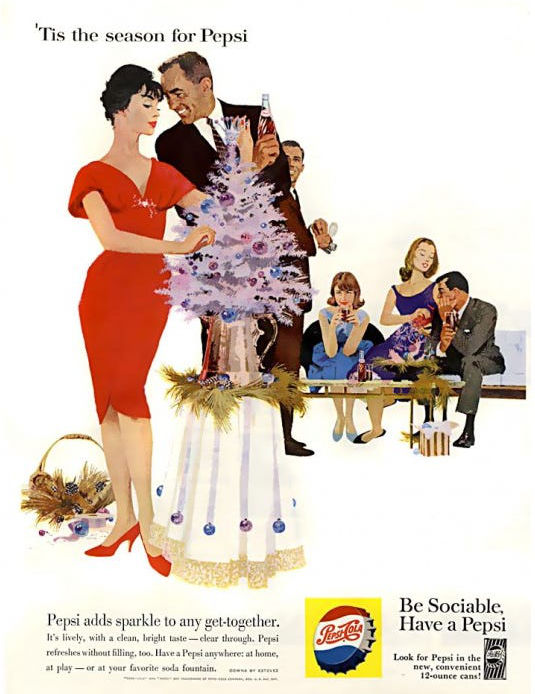 In the 1950s Pepsi gradually adopted the new slogan "Be Sociable," which had nothing to do with the product, and wasn't much different from the advertising being used by cigarette companies. For this sociable crowd, Christmas was just another excuse for a party and a Pepsi.

This ad may have appeared in 1959, as Willys Motors was preparing to deliver the first batch of what it thought would be many Pepsi Surrey Gala Jeeps to be purchased for promotions by Pepsi bottlers around the USA. Both parties in the deal hoped it would boost awareness of their own product, and although it wasn't a huge success, it was the beginning of a long merchandising relationship between Pepsi-Cola and Jeeps.