Fred is a great Willys ambassador 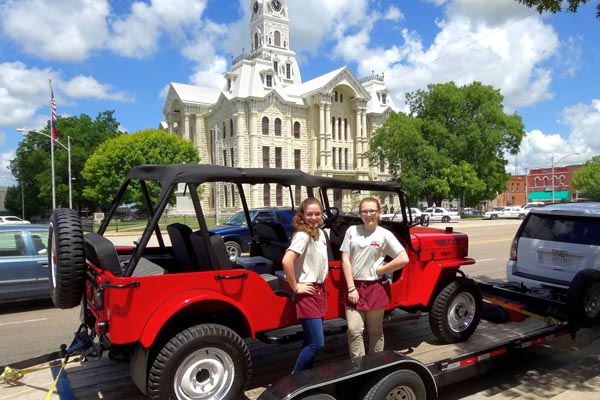 When Barry Ogletree brought Fred the Stretched 3B into Hillsboro, Texas for Roadside America's "Elm Street Rod Run" in June 2016, people wanted their photos taken with it before he even had it off the trailer.

This shot was taken in front of the historic Hill County Courthouse, built in 1890 and destroyed by fire in 1993. It has been restored to a form even more eye-catching than the original. Kind of like Fred. 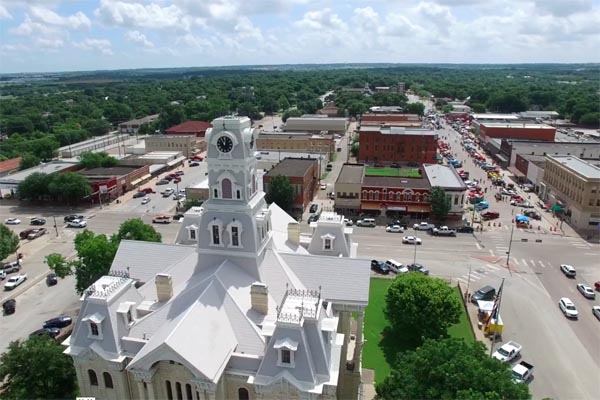 The Hillsboro Chamber of Commerce got this shot from high above the courthouse as hot rods started to fill the downtown streets on 25 June 2016. Over 300 classic cars and some 10,000 visitors came to the show, and proceeds benefitted the Roadside America Museum and the Hillsboro Police Department K-9 unit. 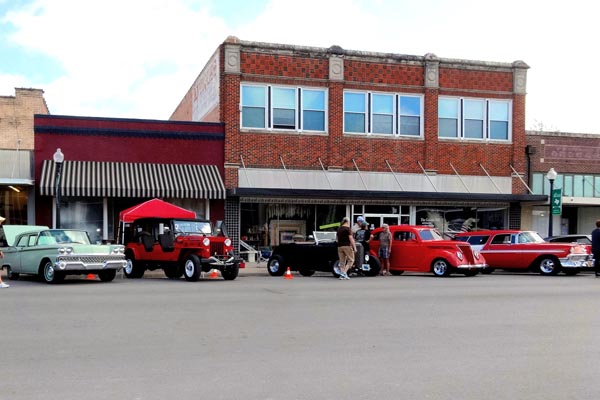 Barry and Karen had a good spot on East Elm Street, not far from the Roadside America Museum, a great collection of memorabilila from the 1950s such as jukeboxes and neon signs. Fred was parked next to a beautiful 1959 Ford Fairlane in Adriatic Green. 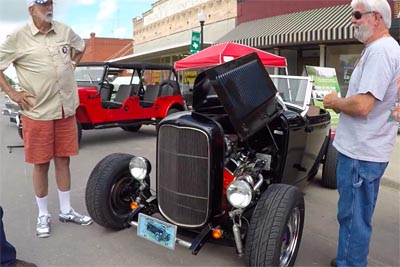 And on the other side, a classic hot rod Ford. 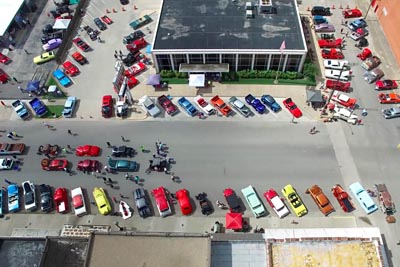 In this aerial view from the Chamber of Commerce, you can spot Fred with Barry's red tent set up behind him. In the large copy of the photo, you can see that even with his 40-inch stretch, Fred is about 3 feet shorter than the Fairlane (170 vs. 208 inches.) But in fact his wheelbase is slightly longer (120 inches vs. 118 inches.) See how many other cars you can identify from above. 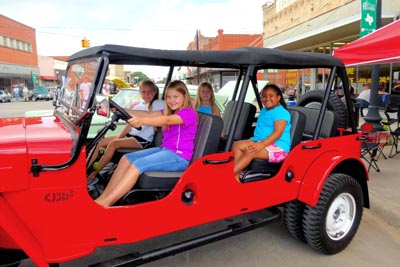 Unlike some owners of show cars, who enforce a "do not touch" policy because of their experiences with inconsiderate spectators, Barry is always happy to let people climb in to have their photos taken with Fred, and especially likes seeing the kids get excited about his Jeep. 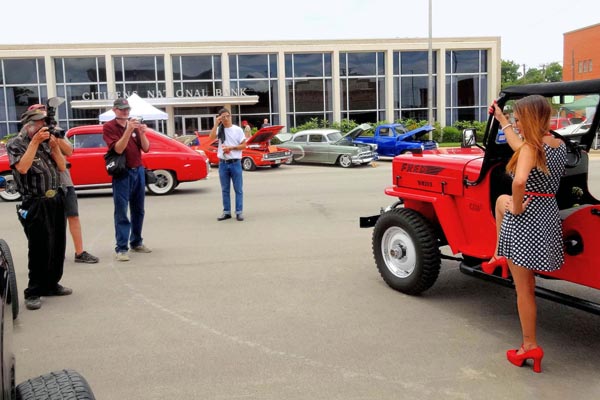 When Monica Lopez Garza posed with Fred, more photographers gathered around to get a shot.

Another successful show for Fred. Barry and Karen are doing a great job of getting exposure for the Willys community, and for high hood Jeeps in particular. 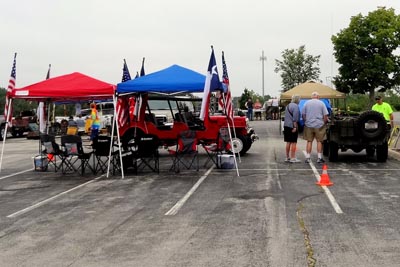 On 26-27 August, Barry and Karen took the long drive from east Texas up to Columbia, Missouri for the 2016 Fall Willys Reunion, where Barry gave a Tech Talk presentation on "Stretching Fred" for all the Willys heads. 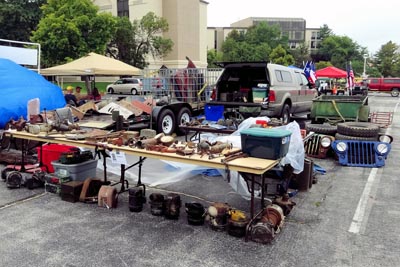 Everything from Marx and Tonka Toys to air cleaners, winches, pedals and fenders. Barry took this shot of a great vendor display next to Fred in the parking lot. 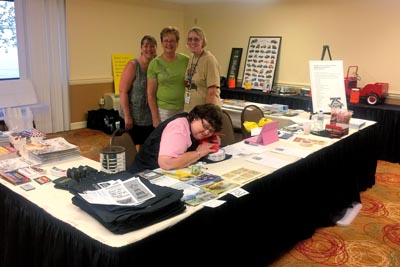 And he also got a photo of the ladies who don't usually get the recognition they deserve, running the the registration room and keeping the whole event organized. 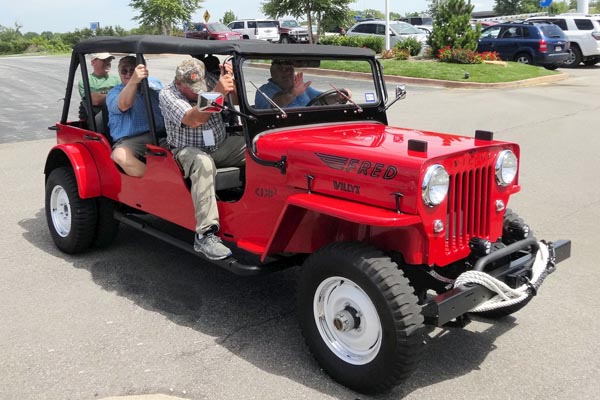 Meanwhile, out in the parking lot, it isn't just kids who enjoy a ride in the stretched 3B. Easily over half a ton of manhood goes cruising here on Fred's duallies. 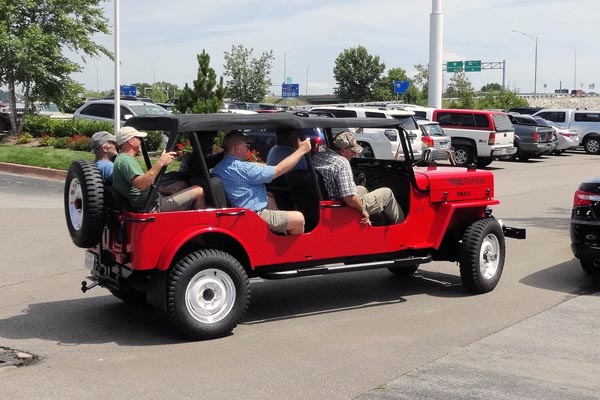 It was a clean sweep of the Willys Reunions for Fred this year; he had also been to Effingham, Illinois in May for the Spring Willys Reunion.

Thanks to Barry for his photos, and the Hillsboro Chamber of Commerce for shots from their video on Vimeo. -- Derek Redmond

See also Fred's visit to the Fourth of July Parade in Friendswood TX.

And see the full story of Fred the Stretched 3B on CJ3B.info.