Here's a surf movie with a Surrey Gala in a featured role. Unfortunately no CJ-3B in this one (see Blue Hawaii for a CJ-3B cameo.) 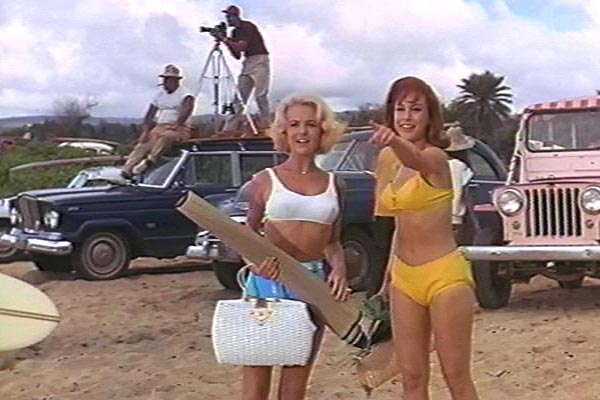 But there are some other Jeep vehicles, including the Wagoneer seen here at the beach, with the ever-present cameraman and his trusty Bolex on the roof. And is that a late-thirties Willys pickup we see when the Surrey arrives? No, I guess it's a Ford (50K JPEG). 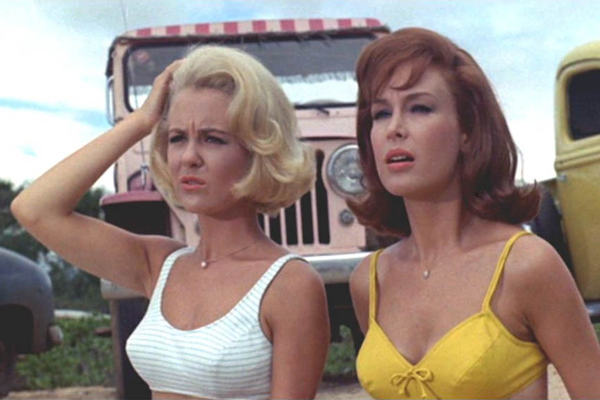 The women are Shelley Fabares and Barbara Eden. Eden's character Augusta is the owner of the Surrey and a judo black belt, but she's pretty much relegated to watching the boys from the beach. 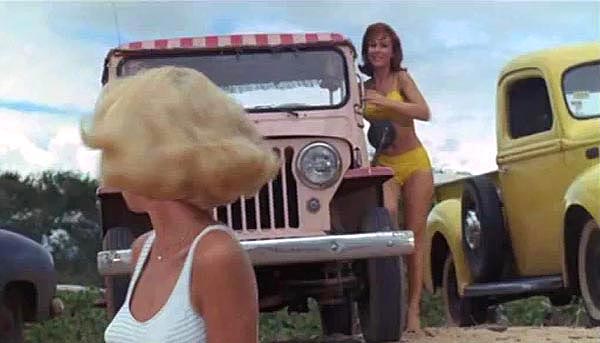 When Augusta spots the dreamy guy named Chase out in the surf, she honks the horn on her Surrey to get his attention, and sure enough, it has the classic Willys Jeep horn sound. Play it in QuickTime: 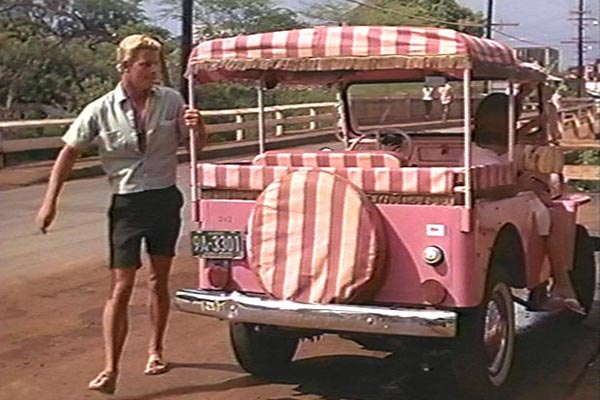 Ride the Wild Surf also stars Fabian, Tab Hunter, and Peter Brown as Chase, who later takes Augusta for a ride in her own Jeep (right). 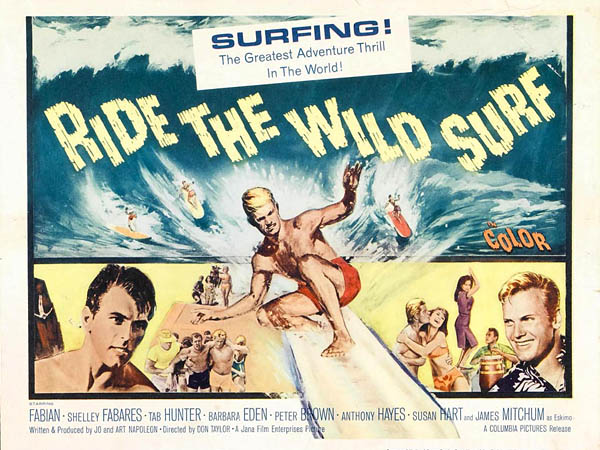 The film stands the test of time better than Blue Hawaii. As one reviewer on the Internet Movie Database wrote, "Ride the Wild Surf is really two movies.... One is a beach party fun, boy meets girl, campy treat. The other is a strong taste of the balance of bravado and self doubt one feels fulfilling a dangerous dream. This is by far the best of the surf movies." 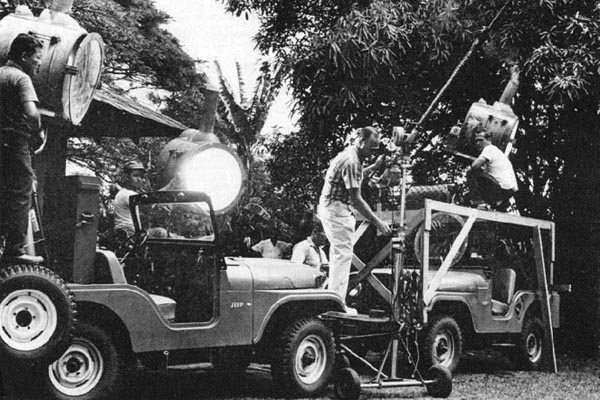 Six Jeeps were used in the production of Ride the Wild Surf in Hawaii, according to a 1964 article in Jeep News Vol. 10, No. 6 (100K JPEG). The article mentions that "Some scenes were shot on the famous Dillingham ranch which owns a large fleet of 'Jeep' vehicles."

This photo from the article shows two CJ-5s being used to transport and support arc lights. Another photo shows the stars posing with the Surrey (80K JPEG). 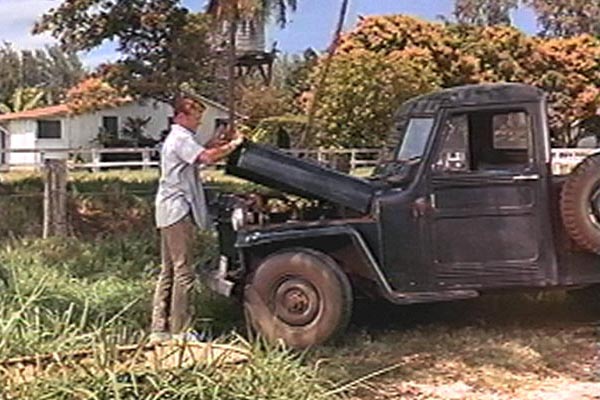 The scenes at the ranch are part of a boy-meets-girl sub-plot. And one of the vehicles belonging to the ranch is this Jeep pickup which won't start. Steamer, one of the boys from the mainland, is able to fix it easily, saying "the needle valve was stuck." His island sweetheart Lily (Susan Hart, 40K JPEG) is impressed.

Thanks to Vaughn Becker for the clipping from Jeep News. -- Derek Redmond