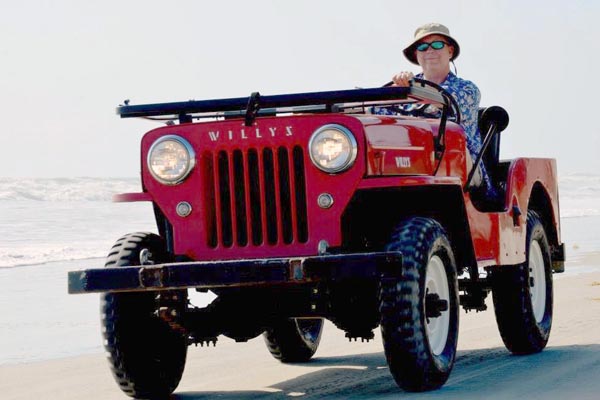 Jeep Beach is an annual event held in Daytona Beach, Florida, and is five days of family-friendly fun for Jeep owners. This year, Rick Schultz took his CJ-3B to the 10th Anniversary edition of Jeep Beach, 24-28 April 2013. 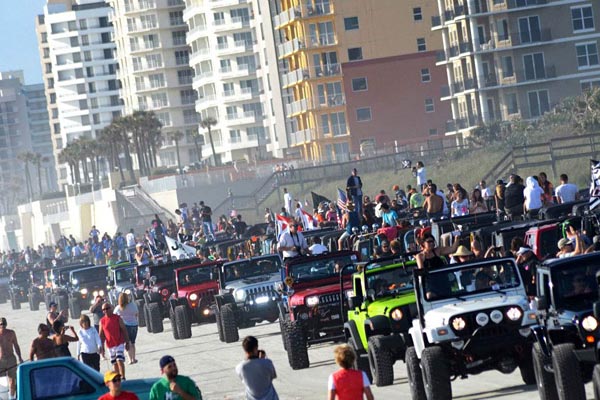 Rick says, "The show was huge. I've been trying to find out the actual number of Jeeps that registered. I know it was at least 1078 because #1078 won some kind of trophy." 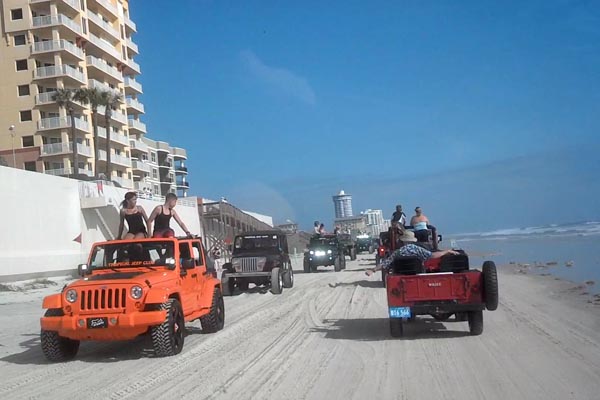 "The Sunday morning ride on the beach easily exceeded 800 Jeeps. The line was about 160 Jeeps long, 4 lines total with a 5th addding on still when we started rolling. My video is on YouTube."

Check out the reactions Rick is getting in this shot from another YouTube video taken from the Jeep behind him. 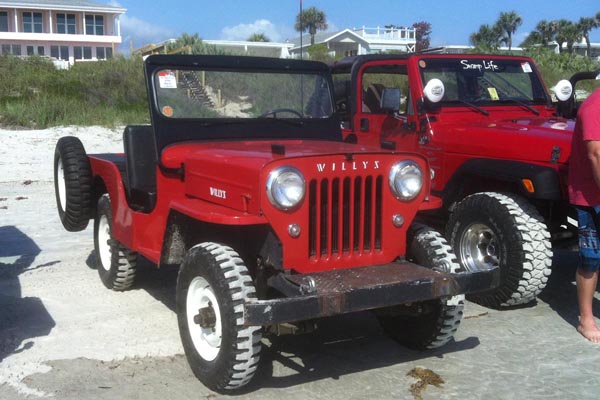 "It got to the point there were rumors they were thinking of limiting registration on Saturday due to the the crowd size exceeding what the Daytona Speedway would allow on that section of the infield. Out of all that, I saw 5 Willys. There may have been a few more, but not many. Quite a few CJ-5s and CJ-7s, mostly later model years." 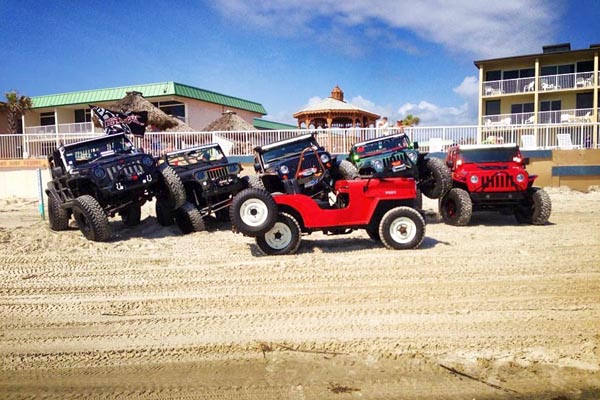 Rick also sent this photo: "These guys were stacking for a group photo and waved me down as a centerpiece." 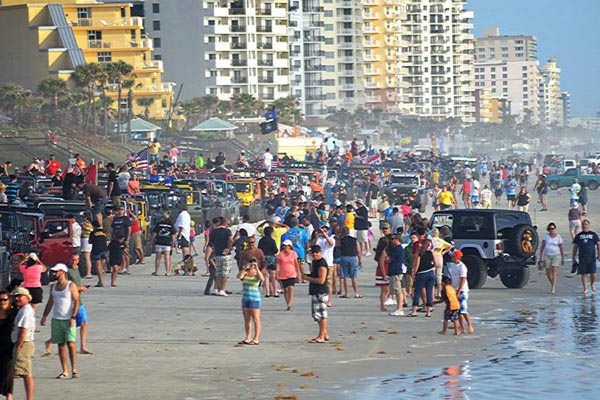 The Mid Florida Jeep Club organizes Jeep Beach, which has become one of the largest Jeep events in the Southeast US. The five-day party includes obstacle courses for all levels of drivers, displays from leading industry vendors, a beach parade, huge raffles and a Jeep-shining show. 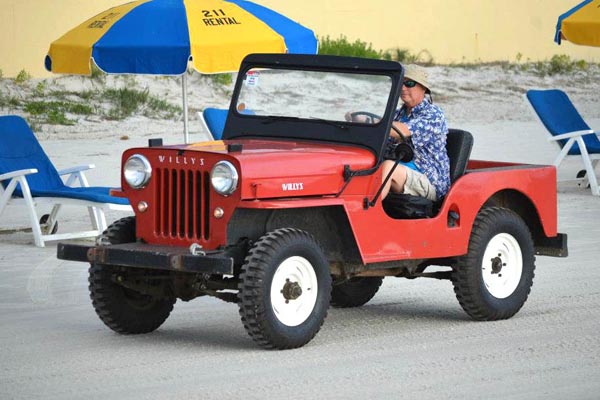 Thanks to Rick, who lives near Gainesville, for flying the Willys flag at a big Jeep event like this. It's important to keep young Jeep owners aware of the heritage of the vehicle.

Thanks to Morris 4x4 Center and Rick Schultz for photos. -- Derek Redmond