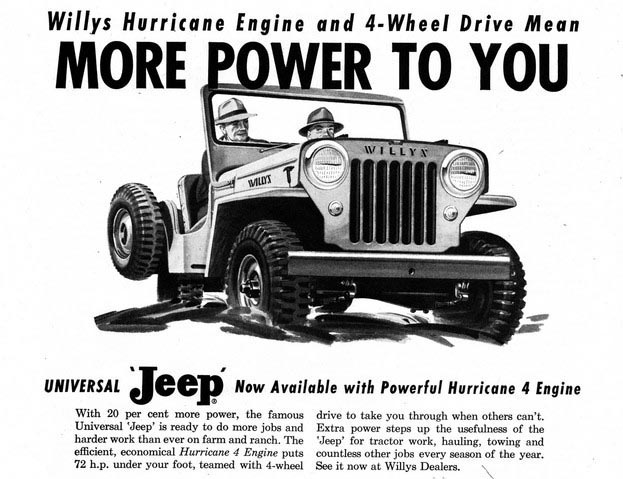 Farm Journal (300K JPEG) in the 1950s (like the similar publication Successful Farming) was a family magazine, with features about the household as well as the farm. It carried a wide range of advertisements, including some that would seem unusual in a general-interest magazine today (such as a full-page ad for Saginaw power steering.) Kaiser-Willys saw it as the perfect place to promote the practical advantages of Jeep four-wheel drive. This ad is from February 1953. 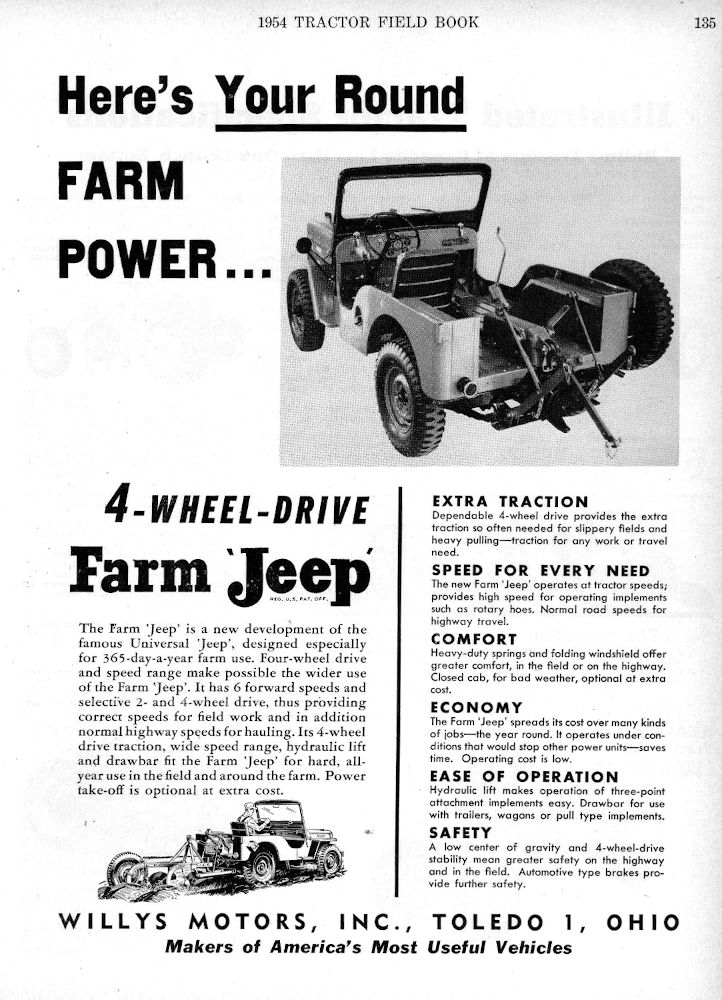 This ad appears to be a combination of text from Willys, and a headline added by the editor, which I think was supposed to say "Year Round Farm Power" rather than "Your Round Farm Power." It comes from the 1954 edition of The Tractor Field Book (170K JPEG), an annual publication containing specifications and illustrations of tractors and implements from all manufacturers.

By 1954, Willys was phasing out the "Farm Jeep" as a separate model (which had the serial number prefix 453GC2 to distinguish it from the standard 453GB2 prefix of the CJ-3B.) But they continued to try to sell the CJ-3B Universal Jeep with a hydraulic implement lift added, to farmers.

Many of the farm magazine ads tended to feature the concept of Jeep rather than any particular model. Most of them were aimed specifically at the farm audience, including this one from the April 1953 Farm Journal suggesting that "F-head" had something to do with "Farm Power." And they promoted station wagons and trucks as well as Universals.

Note: some of the illustrations are taken from microfilm, so they unfortunately don't reflect the quality of the originals.

This ad featuring a CJ-3A Universal appeared in Successful Farming in August 1954, well after the CJ-3A had been replaced by the CJ-3B. Willys didn't worry about whether the photos showed their latest model, and this picture at the Kauffman Turkey Farm suggests they weren't worried about what the city-slicker audience might think of their ads either. 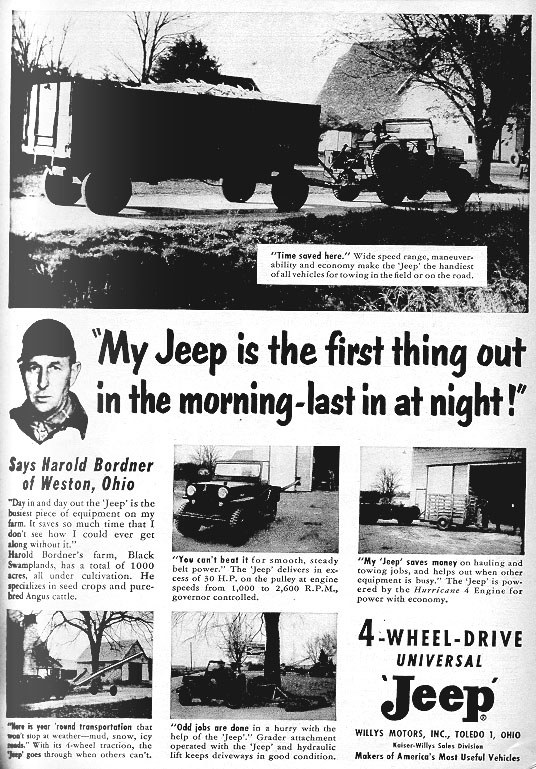 I'll leave the last word to Harold Bordner, who said of his Jeep in a February 1954 ad, "I don't see how I could ever get along without it."

Thanks to Danny Hartling for alerting me to this gold mine of vintage Jeep advertising, and to Jan Hogendoorn and Ron Ingram for sending some of the ads. -- Derek Redmond

Also on CJ3B.info, see more on CJ-3B Farm Jeeps and Promoting Farm Jeeps in the Netherlands