Todd Paisley has identified four versions of a design used for Willys-Overland parts boxes, with line drawings of "America's Most Useful Vehicles" in white on a blue background. These boxes were apparently printed circa 1953-54 when the CJ-3B was the latest Universal Jeep, since the model is featured prominently. 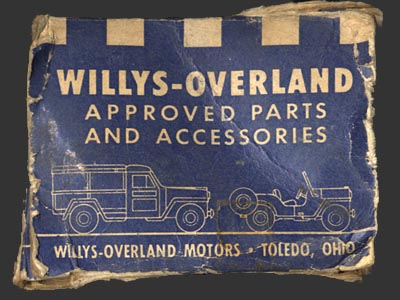 The 3B is seen here in open-top and canvas-top configurations, pulling a plow and an unusual trailer, and as a fire engine. Also included on these four boxes are a Willys station wagon, a Jeepster, and the 4x4 truck in several configurations. 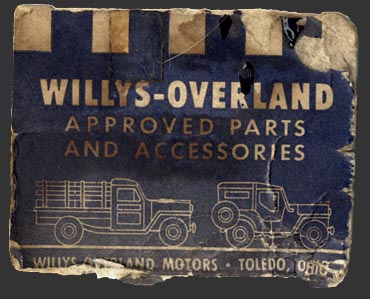 Question: What exactly is that trailer seen above, which appears to be some kind of tank with a hose attached?

Are there any other versions of this box design, with different models illustrated? If so, I'd be interested to hear, and perhaps add a scan here.

I did see this Willys-Overland Oil can with a similar design.

Thanks to Todd Paisley for scanning the boxes. -- Derek Redmond