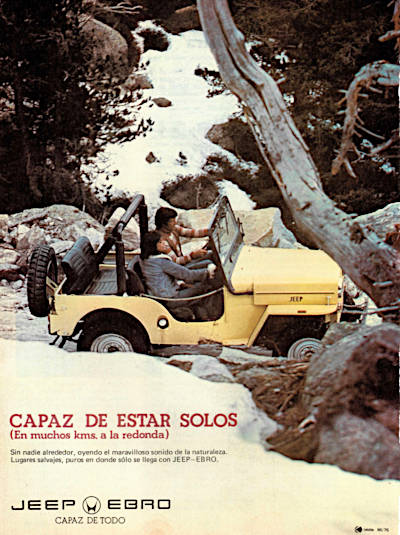 The date at the bottom of some of these ads indicates they date from 1976, several years after the "Jeep EBRO" name had replaced "Jeep VIASA" for Jeeps built in Spain (but apparently just before the CJ-3B had been dubbed the "Bravo".)

The pictures come from a very ambitious photo shoot which provided advertising images for several years, even after the company was reorganized as "Jeep Avia." (See a Jeep Avia Brochure with more images.) The photos seen here unfortunately don't give a very good look at the long-wheelbase version of the CJ-3B (in orange.)

The tagline for the series of ads is capaz de todo or "capable of everything". Each ad shows an example of what the Jeep is capable of. The text in this ad reads:

"Able to be alone (for many miles around.) Without anyone around, hearing the wonderful sound of nature. Wild, pure places where you can only arrive with Jeep EBRO." 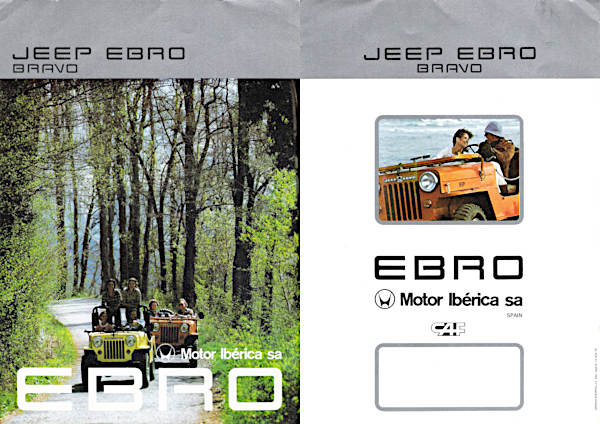 The "Bravo" name had been adopted for the CJ-3B by the time this brochure, also dated 1976, was published. It contains some of the same images used in the ads seen above, and many of the same shots included in the Jeep Avia Brochure printed several years later. 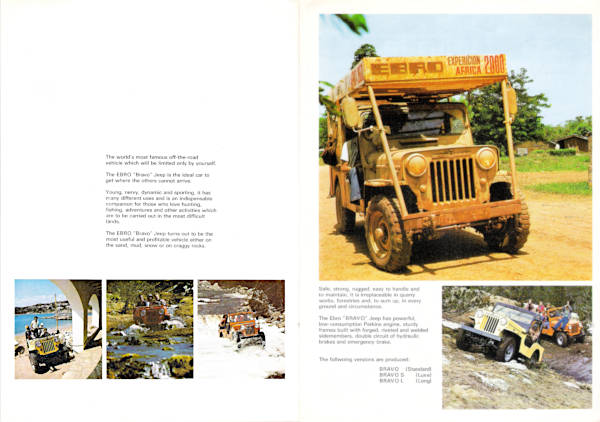 What makes this brochure stand out from the other EBRO and Avia advertising, is that the text is in English rather than Spanish. Apparently EBRO had their eyes on the export market, but they didn't have a lot of success except in Italy.

I don't have any details on the "Expedición Africa 2000" photo. 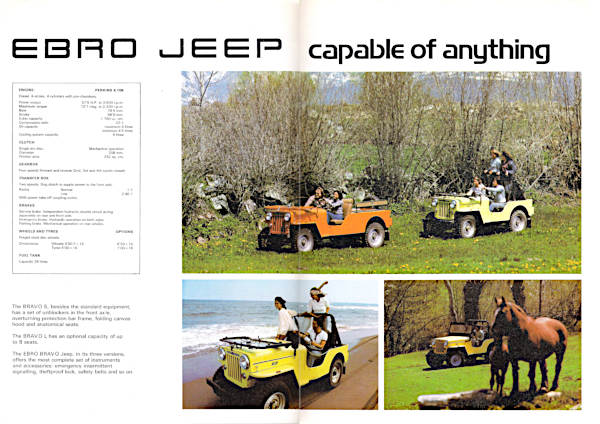 The slogan in English was changed to "capable of anything" which seems like a good choice. The translation overall is not great, however. This page mentions features including "a set of unblockers in the front axle, overturning protection bar frame, folding canvas hood and anatomical seats." 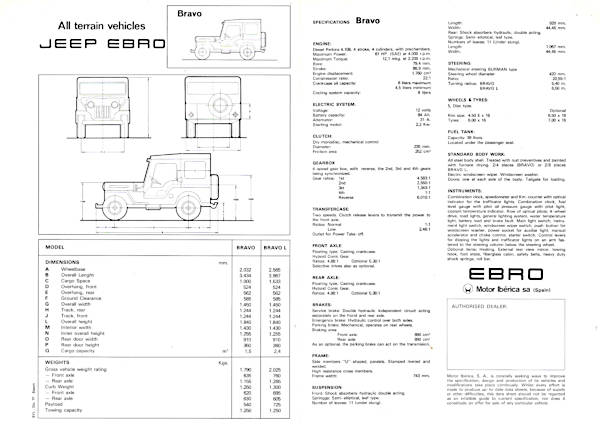 This more extensive list of specifications was apparently printed separately, and is dated 1977.


Thanks to Jaime Gomis for scanning the ads. -- Derek Redmond

See more of these photos in a Jeep Avia Brochure, and a poster in CJ-3Bs in the Sand.