High Hood Restored in the UK


I first heard from Philip Thomas, who lives near Gloucester, England, in 2014 when he was starting to look for information about a Spanish Jeep and had found Jeeps in Spain on CJ3B.info. I couldn't provide him with the details he needed, and suggested he contact the Classic Willys Jeep Club in Spain.

He wrote again in 2016 to say, "I have rebuilt lots of WWII jeeps over the years, but have to admit I am really struggling with this EBRO CJ-3B. I have been unable to find anything, not even online. The chassis number is 506936, with a Perkins 4108 engine, but I can't even find when it was made, neither can I find a decent source of spares -- to begin with, I need a fuel tank." 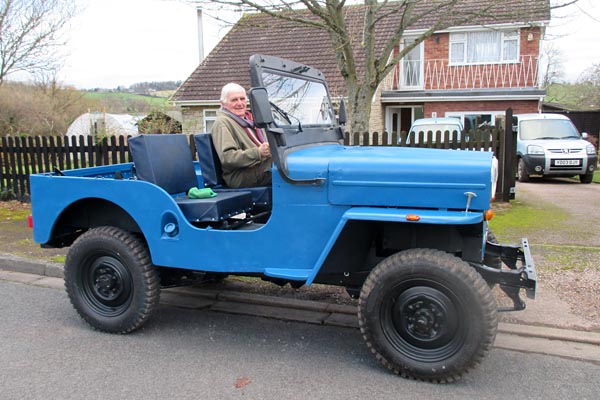 So I was surprised and happy to hear from him again in late 2017, saying, "Thought you may like to know, I have now got the old Jeep up and running. Taken me 15 months! I can normally do a WWII one in about 3 or 4 months."

He gave me some background on the EBRO Bravo he had found: it was imported into the UK in 1994 by a Señora Mari living in Worcester, but he couldn't trace it any further. 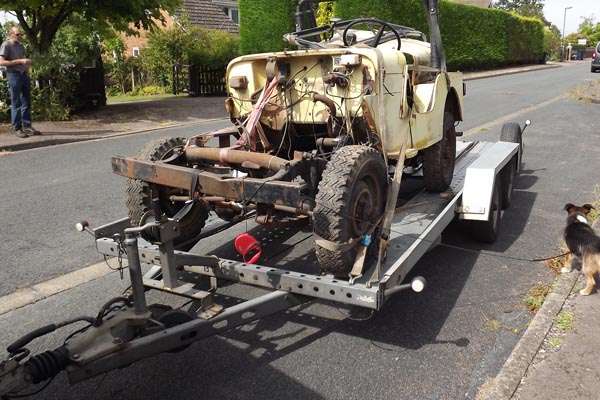 When he showed me the photos of the Jeep arriving at his place as a wreck on a trailer, I had to laugh at the way the neighbor across the road didn't look too happy. Even the dog didn't seem to want to go near this one. 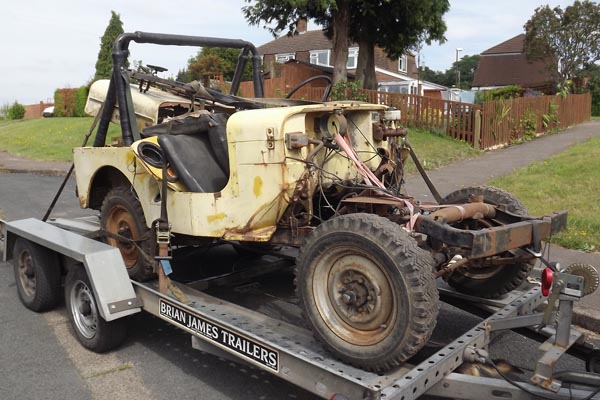 Philip says, "It had had a bad accident, the front axle was snapped at the diff, chassis was bent, gearbox and transfer case broken in two, plus lots of body damage on the right side, just to mention some of its woes.

"A late friend of mine, Leon Stenson (we rebuilt lots of jeeps together) had found the Jeep. Sadly he passed away and it was left mouldering, so I rescued it from his brother." 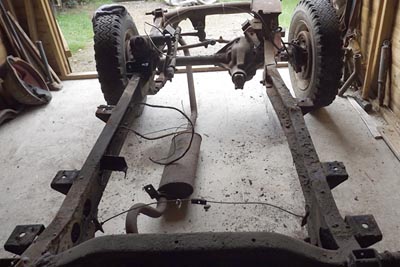 "It has been impossible to get a maintenance manual, plus parts are virtually unobtainable in the UK. I think there may only be a handful of this model in the UK anyway -- as far as I know, mine is the only civilian one."

But Philip eventually did get some knowledgeable assistance: "Towards the end I found with your help Bob Bullock, who has been great. I have also had lots of help from Señors Rafael de Pablos Vallejo and Francesco Roman Perez in Spain." 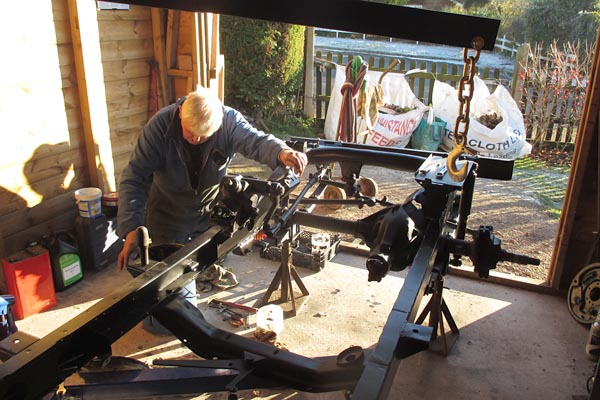 By the time this photo was taken, the chassis was looking like new, and Philip was installing the running gear. 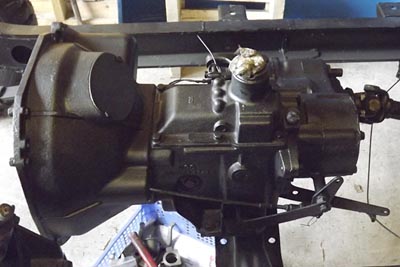 Philip summarizes the project: "I have straightened the chassis, welded the body and fitted new panels, got another front axle and 4-speed Borg-Warner type 13 gearbox and transfer case, rebuilt the brakes, and rewired it completely." 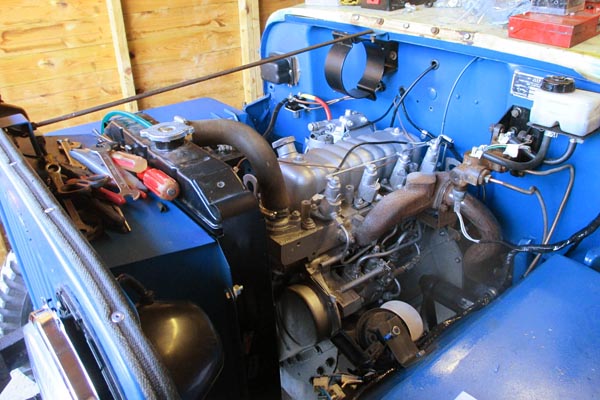 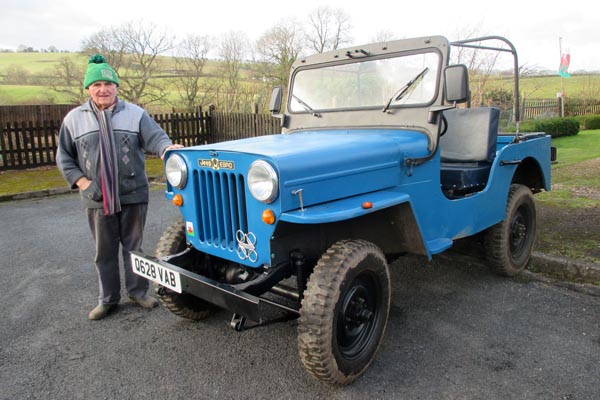 "It is now MOT'd and roadworthy, plus new tyres!

"Apparently Señora Mari couldn't give the DVLA the date of manufacture, hence it was given a Q plate. I have since found from the Classic Willys Jeep Club in Spain that it was built in 1978. They sent me a certificate to verify this, but to date no luck in getting an age-related registration from the DVLA."

Amazing job by Philip Thomas. Thanks to him for the information and photos. He lives near the border beytween England and Wales, and has the Welsh flag on the front grille, along with a Perkins Diesel badge he found at a flea market! -- Derek Redmond