Sarao Jeepney for the USA 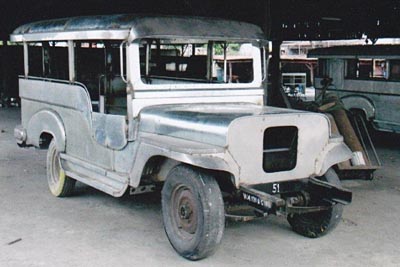 Most of the jeepneys built by Sarao Motors in the Philippines are sold there, but since 1964 Sarao has been sending the occasional jeepney overseas (see Sarao Motors of the Philippines on CJ3B.info.) This one, with a stainless steel body built on a scratchbuilt chassis labelled "Washington", was ordered in 2009 by the Filipino American Association of the Inland Empire (FAAIE) in Spokane, Washington. 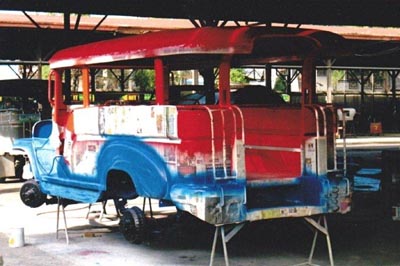 The FAAIE is a large Asian-Pacific organization in the Pacific Northwest of the United States. It was formed in Spokane in 1986, to preserve and promote Filipino culture and heritage in the community. Red, white and blue are found in both the American and Philippines flags, so those were the obvious colors of choice for their jeepney. 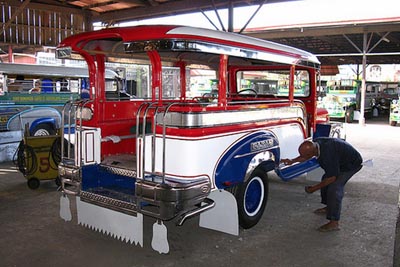 There are some 500 families involved in the FAAIE. Money was raised with the assistance of State Senator Chris Marr, to purchase and import one of what they believe are only five jeepneys in the Unites States. 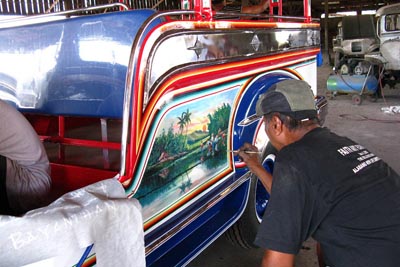 Artwork on jeepneys is part of the tradition, and Sarao's artists decorated this one with scenes of the Philippines countryside. See a close view of this painting (200K JPEG) of the sun setting over a rice paddy. 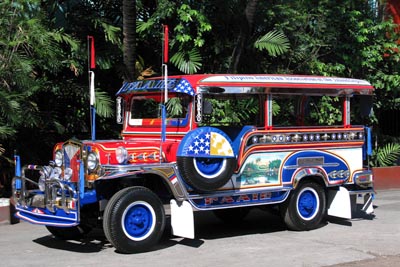 Every detail of the vehicle echoes its future role as a cultural ambassador from one country to another. The spare tire cover has details of the American and Philippines flags. 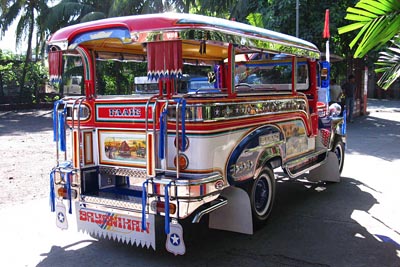 The jeepney was completed in March 2009. 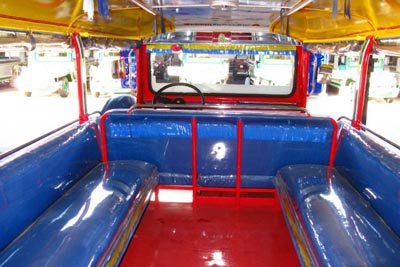 The interior has the classic bench seats, upholstered in sparkling blue vinyl. A touch of gold in the ceiling represents the fourth color in the Philippines flag. 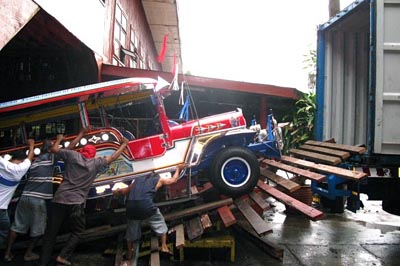 Loading into a shipping container for a trip across the Pacific is not standard procedure at Sarao, but they figured out a way to do it. 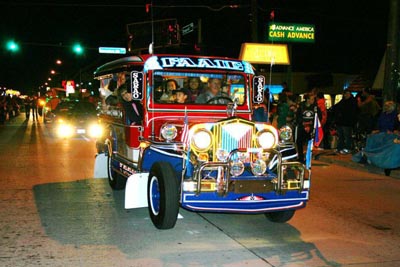 The FAAIE nicknamed their jeepney the "Ambassador" and unveiled it to the Spokane community in 2010 at the Armed Forces Torch Light Parade. This photo is from the 2010 Hearts of Gold Parade in Spokane Valley.

Thanks to Ed Sarao for use of photos from Flickr, and the FAAIE for photos from their website.. -- Derek Redmond