Devin sent these nice photos from Swaziland (officially known since April 2018 as eSwatini), one of the smallest countries in Africa. See a map (150K JPEG). He included some details of his project, a Mahindra Jeep CJ540 originally from India. -- Derek Redmond 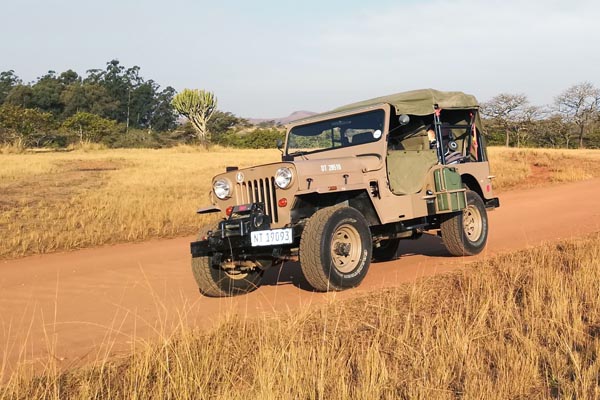 "I found the Jeep in Salt Rock in South Africa and have done a lot of work on it, rebuilding the motor, sorting rust and changing it from its original red to it to make it look something like an Indian military Jeep." 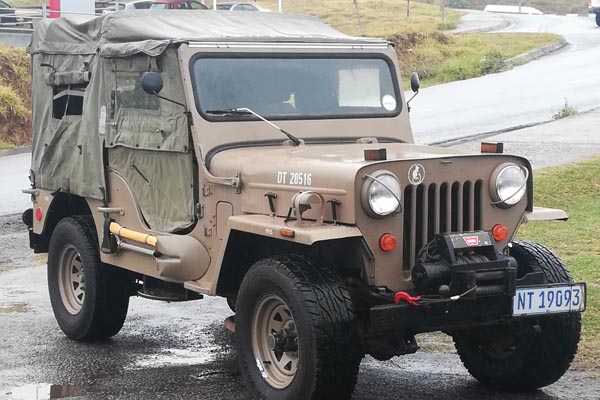 "The rat on the front is a tongue in cheek reference to the 7th Armoured Division 'Desert Rats' of WWII -- my great grandad fought in North Africa." 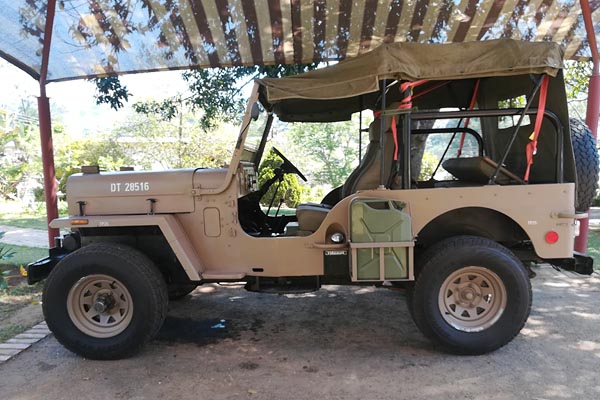 "I suppose it is what you would term a medium wheelbase, with an overall length of 3810mm (150"), longer than a standard CJ-3B. I believe Mahindra did this to increase its people-carrying capacity.

"The jerry can on the side is just my way of carrying extra fuel around as the fuel gauge is less than reliable."
"The scenery is the hills a few kilometers from my house. Swaziland being quite rural is a fantastic place to live if you enjoy offroading; I can drive literally 5 minutes and be on dirt trails through some spectacular mountain countryside." 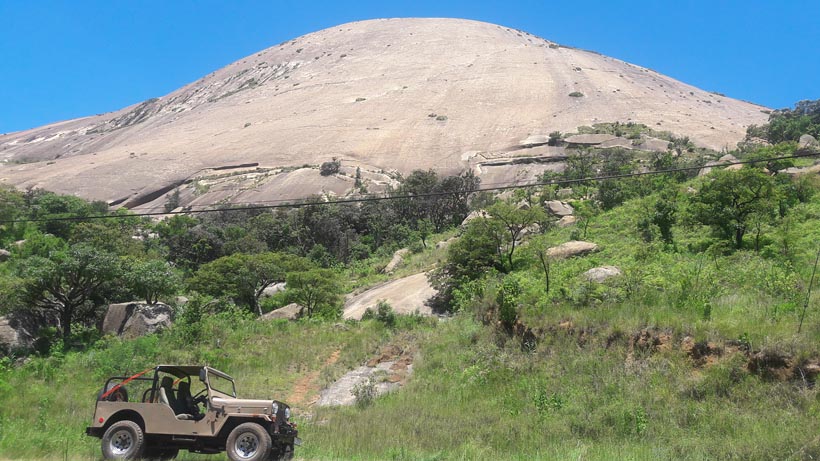 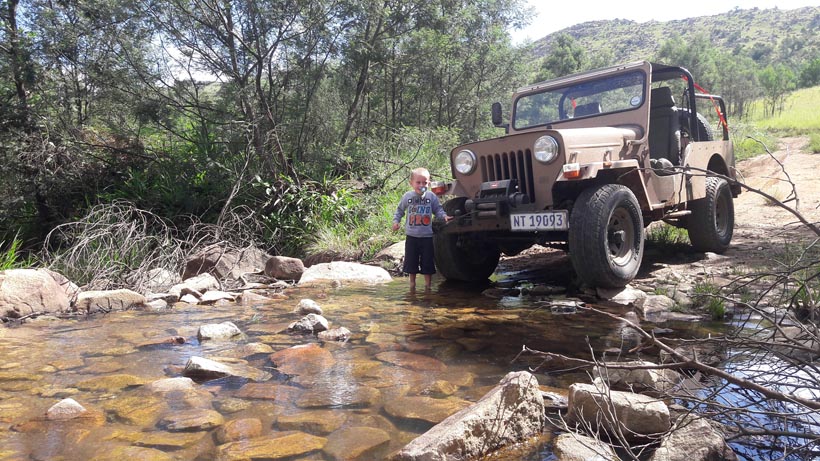 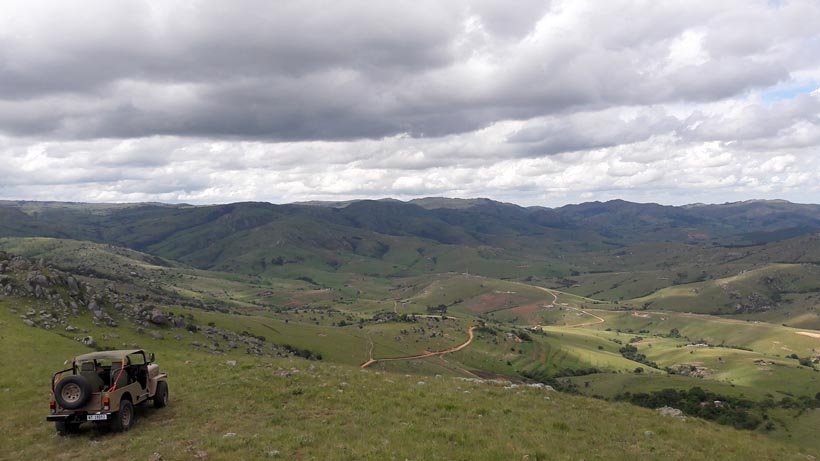 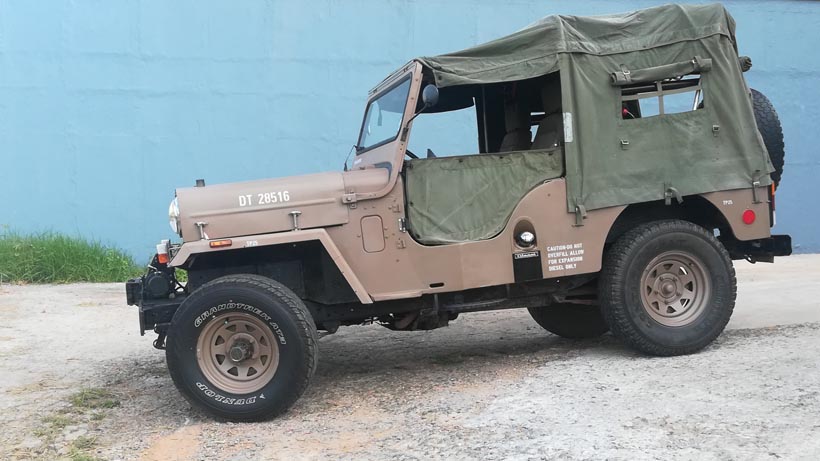 Thanks to Devin for the great photos. -- Derek Redmond