The other day I was going through the Owners section of CJ3B.info and realised I hadn't sent any pics of my pride and joy. It's a Mahindra CJ340, sold in the UK as an "Indian Brave" (see Mahindra Jeeps in the UK.) First registered in the UK in 1993. 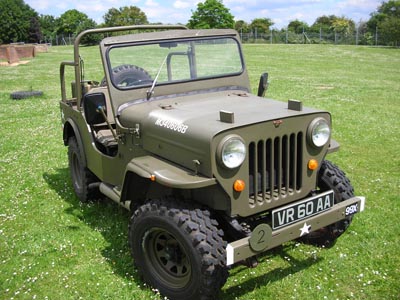 It started out with an array of modern bits and pieces; sports seats, dinky steering wheel, and plastic add ons for the dash and ends of the front bumper, and chrome wheels. However, rather than go into too much detail, a quick once over of John Carroll's Story of The Mahindra Jeep will give you an idea of what some of us UK owners have had to go through to bring our Jeeps back to their original look.

We used it as our daily driver for about five or six years. However, it was apparent from the get go that the build quality of the tub was poor. It might have been alright for India, however European winters rely heavily on road salt and grit to keep things rolling. Spray that cocktail on spot welded joints and it doesn't matter how proactive you are, the inevitable is bound to happen.

I knew things had gotten bad when I was scraping off some rust on the riser in the right hand rear wheel arch, and the screwdriver I was using disappeared into the toolbox. An inspection revealed that the rot was extensive, and I ended up tearing down the tub from the riser to the tailgate. The windshield frame wasn't immune either. It had me thinking that the next heavy brake situation may well have resulted in the glass ending up on the hood. 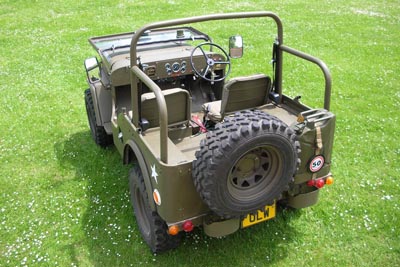 So, I had to rebuild or scrap it. I chose the former. The trouble was I didn't know how to weld, so I had to learn on the job. I also got it into my head that I should try out some fabrication, so I made a new riser. I used mild steel that was a few millimetre thicker than the original, and when that that turned out good, I went on to fab up the wheel arch boxes and the deck. However, making a new tailgate was beyond my newly acquired skill set, so I installed a new piece of steel to fill the gap, like an MB. 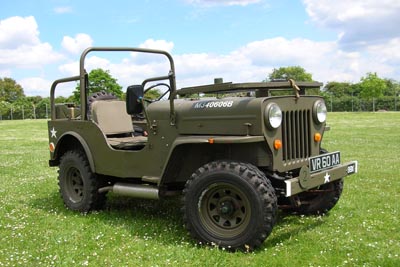 With steel patch repairs done to the cowl and floor area, the windshield frame rebuilt, tub re-assembled with joints protected with a good quality sealant, plus new fenders and seats, it was to time repaint. A friend of mine had just recently bought himself some spraying equipment and needed something to practice on. So I bought the paint and the beer and he went to town on it.

The project took about 12 months give or take. Unfortunately, I didn’t have a workshop, so working on a corner of my front lawn I had to spread the work over four summers. All that's left now to get is a set of 16-inch rims and some NDT tyres and I'm done.

As for the military style decals, not to be taken seriously -- just a bit of fun as is clearly indicated by the hood number. How many different models are contained therein I ask? -- Phil Mercer