Plenty of VIASA and EBRO Jeeps from Spain, and even Mahindra Jeeps assembled in Greece, have found their way into Italy. If you run into a high-hood flatfender there, it usually came from one of those sources. But Italy does have its own unique Jeeps, assembled there from primarily U.S. parts. 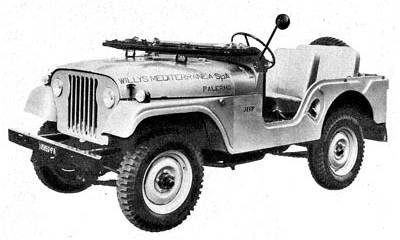 The Jeep Mediterranea CJ-5 was assembled under license by Willys Mediterranea S.P.A. in Palermo, Sicily in the 1950s and 60's. See the CJ-5 specifications in Italian (400K JPEG). 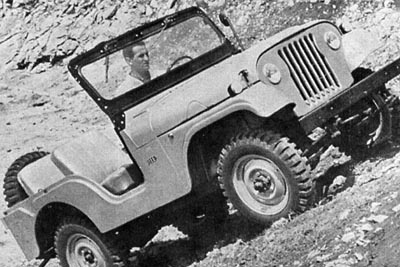 Roberto Bruciamonti sent this photo, and comments, "Note the ugly front grille, with little headlights, and the combined "fanali di posizione/indicatori di direzione" (parking lights/turn indicators) in black pods on the front fenders. The owner's manual is a translation of the American one, showing photos of a real CJ (with big headlights and without the pods.) Technical specifications are identical to the U.S. ones." 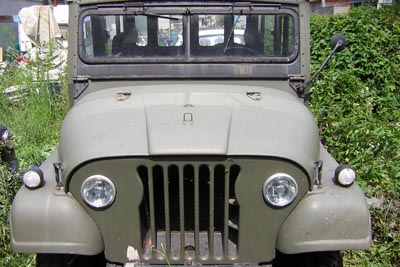 The CJ-6 version of the Mediterranea is likely quite rare, but Sabine Schindler did take some photos in northern Italy in 2009. They show the same grille, with the headlights and marker lights moved apart to satisfy Italian regulations. 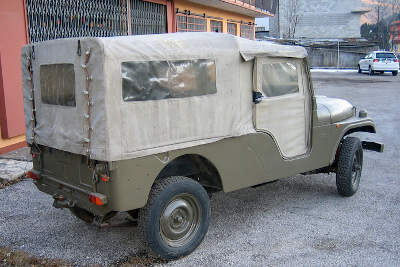 The Jeeps were sold with a canvas top or a Koenig hardtop (150K JPEG), and an interior (100K JPEG) with split ventilating windshield, PTO controls, and spare tire mounted behind the driver's seat (140K JPEG). 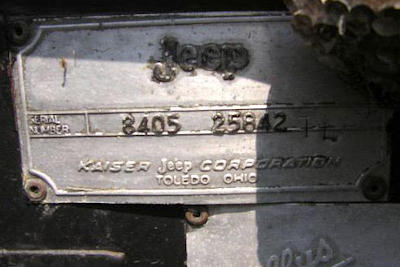 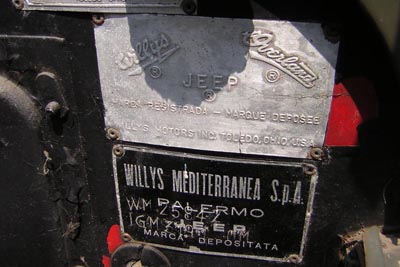 The Mediterranea CJ-6 has the multilingual Willys Overland export plate on the firewall below the Kaiser serial number. Serial number 25842 is also stamped on the Willys Mediterranea plate. 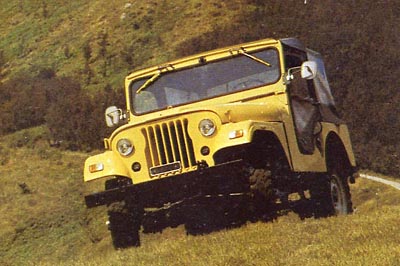 Another distinctive "Italian Jeep" was the Sirecome model S 38 (actually an ex-U.S. Army M38A1 completely rebuilt with diesel engine) which was built near La Spezia. Sirecome was a contractor doing rebuilding of military vehicles for the Italian army. See the full version of this photo (180K JPEG) with the S 38 and a pair of horses posed in the mountains.

Roberto found these details on the Sirecome vehicles: "The body was sandblasted, primed and resprayed with bright colors, transmission overhauled, brakes rebuilt (with added vacuum servo-boost). The vinyl top and front seats were new (rear ones were reworked and modified to match the front ones). The original F head 4-134 engine was changed for a Peugeot Indenor XD-P diesel (inline 4, 2.0 litre, 55 CV at 4500 rpm.) You will notice the reworked front grille (to comply with italian traffic regulations, headlight must be closer the edge of the vehicle.)" 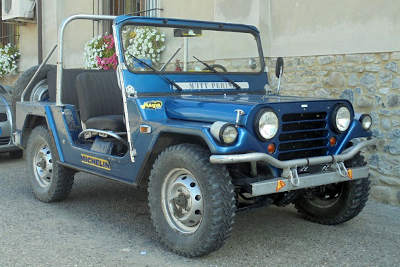 There was also an Italian version of the M151A2 MUTT, known as the Perini M 151S. It was built using the drivetrain of the original with a new frame and fiberglass body similar in appearance to the original. Roberto also mentions that "Ennio Perini now has a body repair shop in Riva del Garda, near Trento, telephone 0464-552650. I think he has the biggest amount of spares for the M151 in the world. He doesn't speak English, but he can read it (the FAX number is the same)."


Thanks to Roberto Bruciamonti and Sabine Schindler for the photos. We'd like to hear from anyone with additional photos or information on the Italian Jeeps. -- Derek Redmond

See also a Mountain Rescue CJ-3B in Italy and a VIASA Brushfire Jeep in the Alps on CJ3B.info.