The records accessible here show the serial numbers, assembly dates and destinations for the approximately one thousand CJ-3Bs imported in crates and assembled at the Brisbane, Australia factory in 1958. The records were kept by an employee named John Miller, and saved by Parts Manager Barry Massey when Willys Australia closed in 1974. Thanks to Mitch Holland for scanning the sheets, and Miran Hunziker for archiving them for the Willys Australia Facebook group. 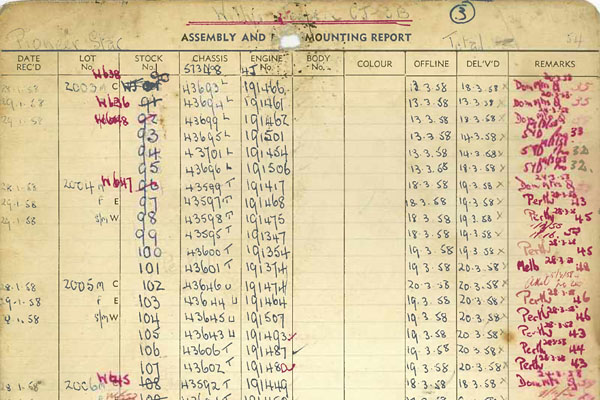 Each of the 24 pages of records includes information in the following columns:

The name of the ship on which the crates arrived is given at the top of the sheet. 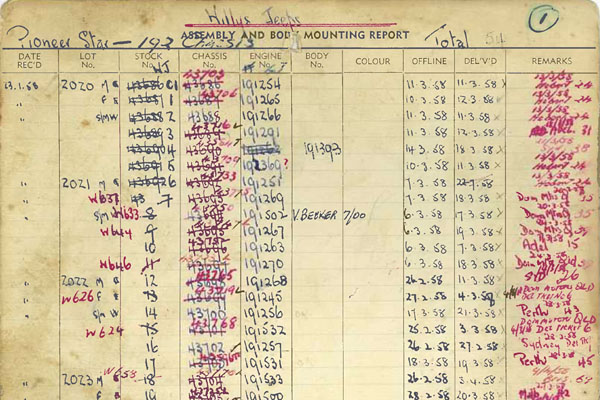 The first page starts with some confusion. Apparently, Willys serial numbers stamped on the frames were initially used as stock numbers, and shortly afterwards changed to a simple numerical sequence starting with 0(1), then 1.

Later serial number revisions on the first 89 Jeeps assembled, were possibly due to Willys Australia installing bodies with serial number plates that in most cases didn't match the stamped numbers on the frames.


The Jeeps were not assembled in the exact order they were received, nor in the order of their Willys Motors serial numbers, but the earliest number seems to be 43587T (stock no. 121 in January) and the highest number 48357L (stock no. 1222 in December.)

Stock numbers crossed out and replaced by numbers in a W600 sequence, were apparently units delivered to Dominion Motors (130K JPEG) and re-numbered.

The Willys Motors serial numbers would all have been preceded by the prefix 57348. They all have letter suffixes added, which is how the plant in Toledo, Ohio indicated they were destined for export, but it's not clear what the different letters mean. (See more details in Serial Numbers on CJ3B.info.) The engine numbers would have been preceded by the prefix 4J.

The links below are to full-size scans of each record sheet (500K JPEGs).

Most of the pages are not numbered, but are organized according to the name of the ship on which the crates arrived in Brisbane. Because those names were recorded, I thought it would be appropriate to include a photo of each of the vessels, alongside the lists of the vehicles they carried. These ships were built between 1937-1958, and scrapped between 1967-1983. Thanks to the photographers, listed at the bottom of the page. 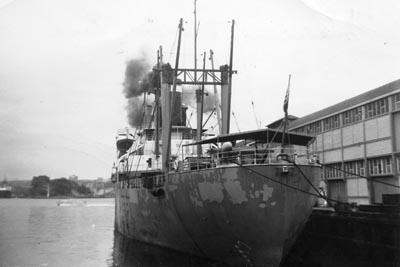 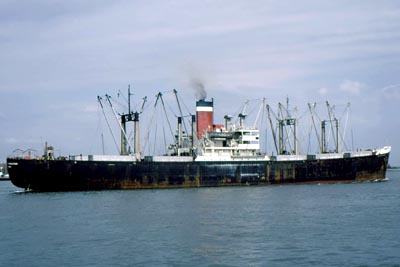 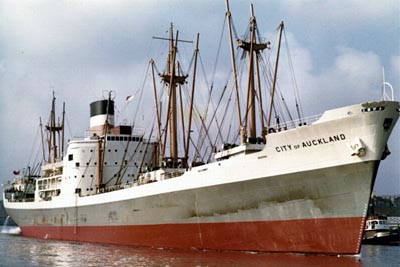 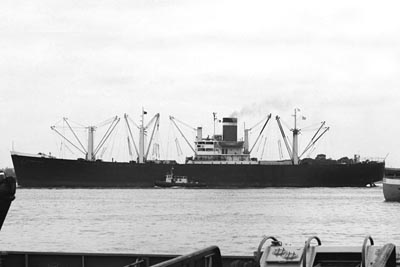 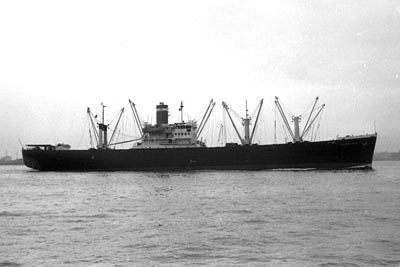