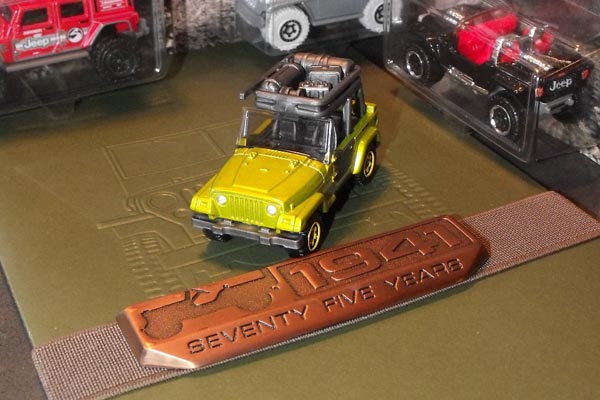 Fiat Chrysler Jeep celebrated the 75th anniversary of its Jeep brand in 2016 by producing special editions of all six of its Jeep models, adorned with a "Seventy Five Years" badge, seen here on a 2016 brochure.

Unlike the 2015 Jeep Collection which included multiple colour versions of the same casting, the Jeeps in this year's 75th anniversary series are all different and include the TJ Wrangler and WJ Grand Cherokee. These two castings are currently the longest-running Jeeps at Matchbox, and both have been absent from the regular lineup for some time. 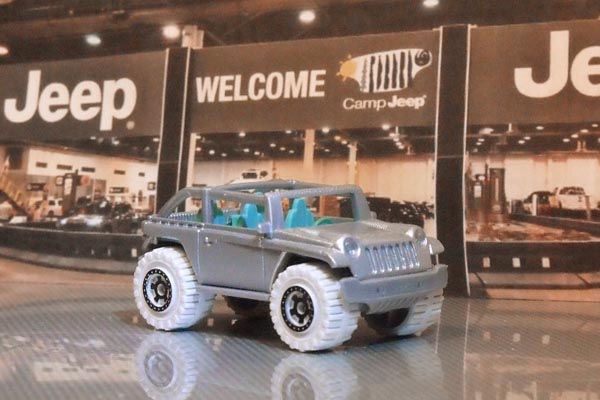 Nice to see in the Anniversary series is the 2001 Willys concept in silver paint with teal interior and grey tires, matching the look of Jeep's original concept. 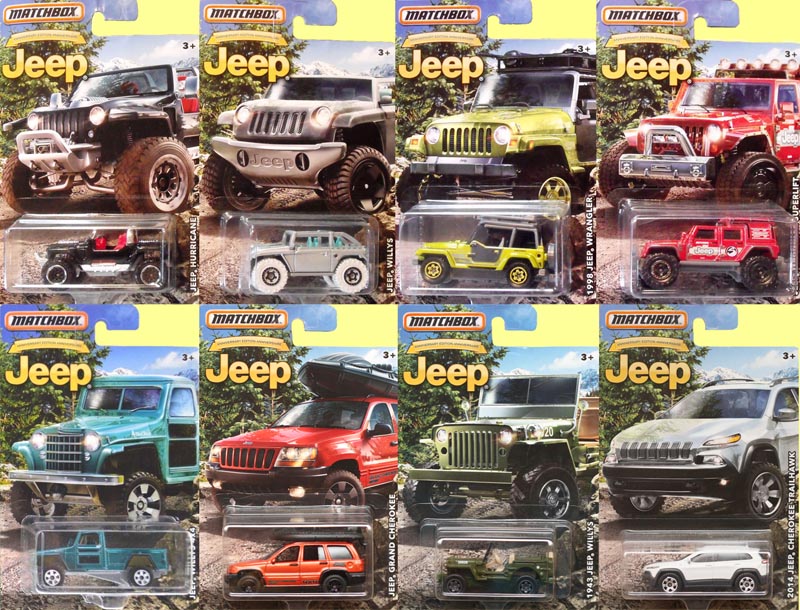 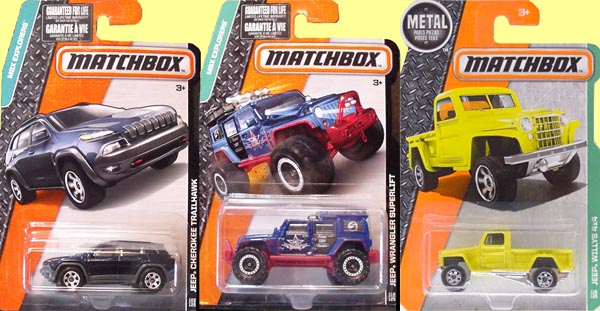 With much emphasis on the 75th anniversary series in 2016, it would be easy to miss the three Jeeps in the regular lineup: TJ Wrangler Superlift, Willys 4x4 Pickup, and Cherokee Trailhawk. These three happen to be the most recent Jeep additions from Matchbox.

Absent for 2016 were the Jeep Liberty, Jeep Compass, and Jeep Rescue Concept. For those keeping count, Matchbox has 11 semi-active Jeep castings in their arsenal, the most in their 63-year history. Permanently retired are the old flatfender, Gladiator pickup, XJ Cherokee, CJ-6, and two CJ-5s. Grand Total of... 18 (plus! the 1:43 CJ-2A).

"Imitation is the sincerest form of flattery" 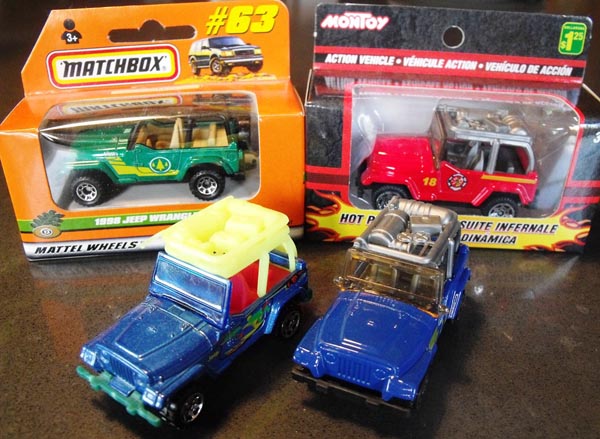 Also in 2016, some Matchbox copies appeared at the dollar stores (modern "five and dime" stores) from a Chinese manufacturer, Montoy. Seen here are Matchbox TJs (left) with Montoy TJs (right).

The blue Montoy TJ has Police insignias, the red version has Fire Dept. livery, and they come in packaging very similar to the Matchbox Forest Ranger TJ. Both the metal casting and the plastic roof rack mimic the Matchbox Jeeps. 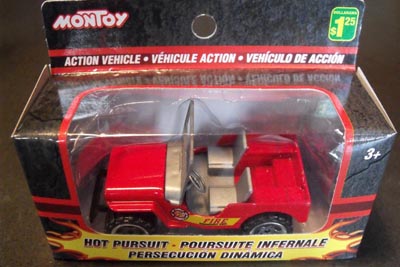 The Montoy "Hot Pursuit Action Vehicles" also include a unique MB in Fire Dept. livery. With no licensing reference on any of these China Jeeps, it will be interesting to see how long they can produce these obvious trademark infringements on both the Matchbox and Jeep brands.

Thanks to Jarek for continuing our tradition of tracking Jeep offerings from Matchbox. -- Derek Redmond