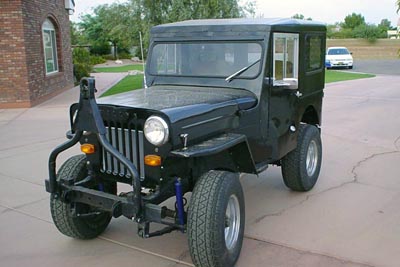 Owner Khyl Powell, who sold this Jeep in late 2003, said, "When I was in high school '67-71 my friend owned this Jeep. I have no knowledge of its history before that. However, he kept the Jeep all these years and gave it to my son about three years ago. We hired a restoration shop to restore it and modernize it. I don't have any need for it any more, but I don't want it to go to waste. I have no way to store it but outside." 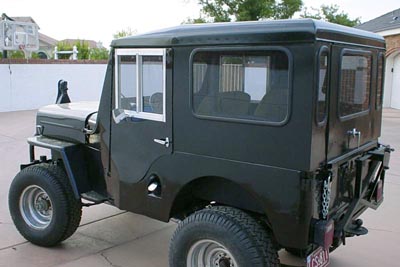 Work done on this 1954 CJ-3B includes new brakes and shocks, and 16-1/2" wheels (which were later switched back to standard 15" rims.) It has locking front hubs, turn signals, mirrors, front tow bar, and roll bar inside the metal hardtop. 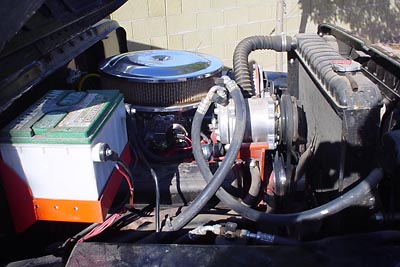 The engine is a modified Chevy 283 V8, bored out to the equivalent of a 340. The generator has been replaced with an alternator, and the radiator has an oversized (19") fan. 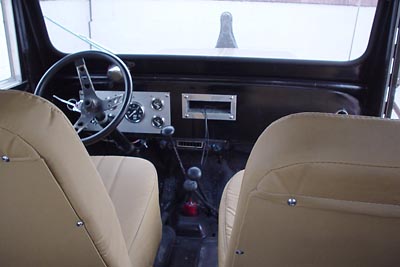 The interior features new front and rear seat upholstery, installed air conditioning and heater, and installed wiring for a stereo. 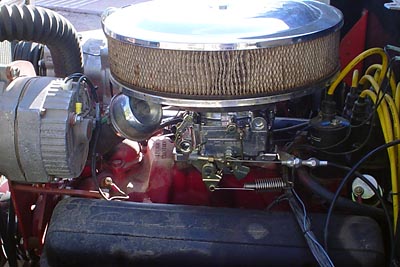 The engine has a new 4-barrel carb, and runs into a Chevy clutch system and a standard 3-speed transmission with overdrive and high and low range. There is also a new dual-muffler system.

Thanks to Khyl for the photos. As of 2006 the Jeep belongs to Todd Johnson. -- Derek Redmond