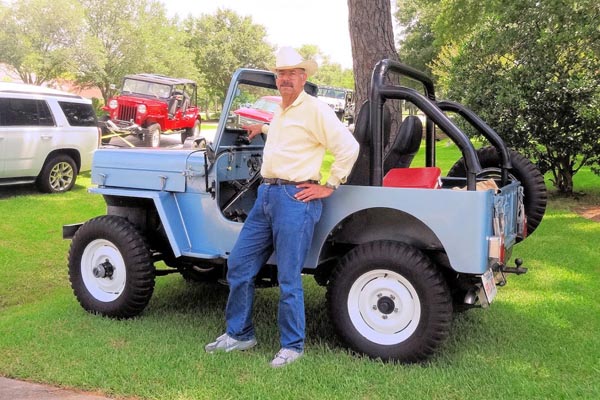 Charlie McMurrey of Pearland TX, with his lovely light blue 1954 CJ-3B, often takes part in the big Independence Day parade in nearby Friendswood.

In the background, Fred the Stretched 3B has just arrived from Lufkin TX on Barry Ogletree's trailer, for the 2016 celebration. 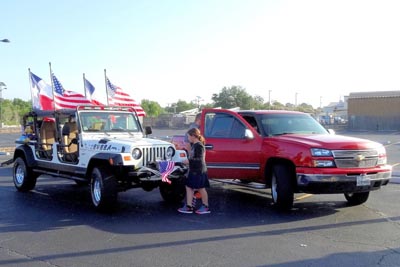 To put the white into "red, white and blue," Barry's stretched white TJ "Bubba" has also been brought to Friendswood for the city's 121st annual parade. 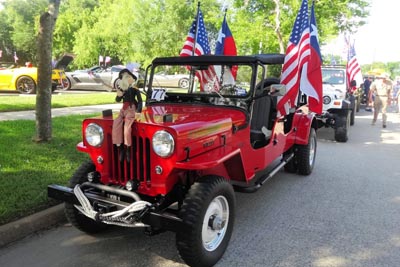 Fred gets decked out with huge flags -- the stars and stripes and the Lone Star flag of Texas -- and Uncle Sam hitchhiking on the hood. 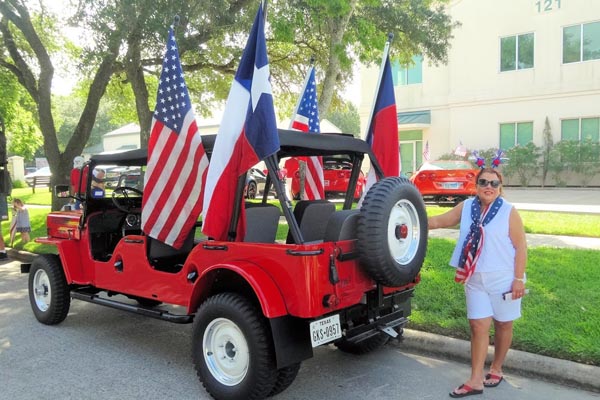 Karen is ready to ride, with funny things on her head. Corvettes are gathering in the background. 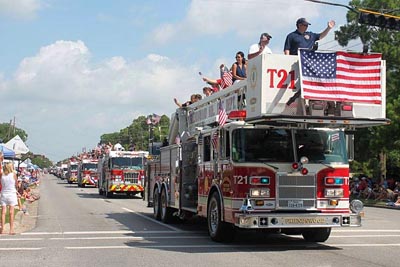 Friendswood is in the southeast outskirts of Houston, about halfway to Galveston. The ladder truck is the pride of their Volunteer Fire Department, established in 1951. 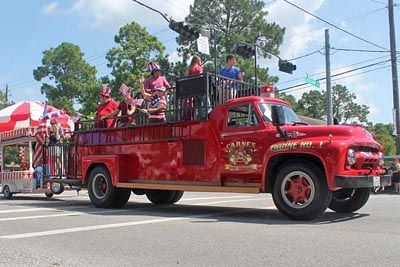 This early 50s Ford fire truck now belongs to the "Carnes Parade Krewe," a group of parade enthusiasts over in Texas City TX. It's pulling a calliope. 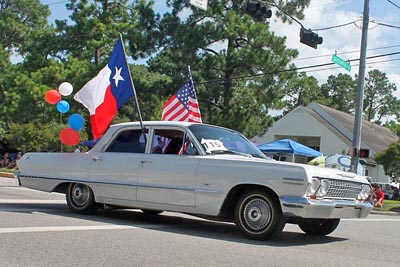 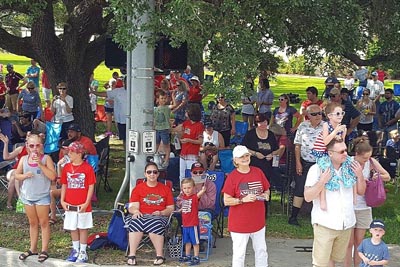 The sun is hot, and anywhere with a shady tree is a good spot to watch the parade. According to Barry, "The people of Friendswood take their parade very seriously. Many set up areas the night before. Kids' swimming pools full of ice, hundreds of popups, and thousands of lawn chairs." 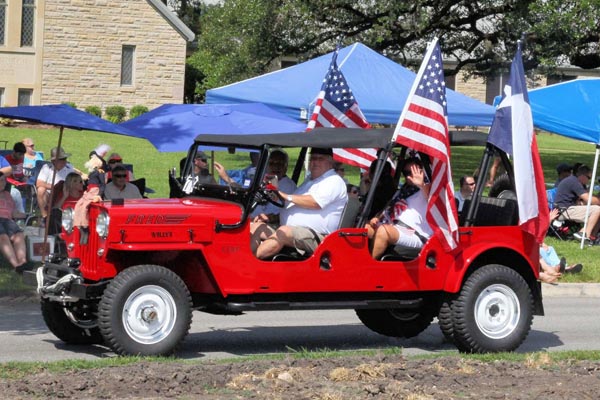 Barry drives the perfect parade vehicle, with passengers Larry Steed, Sienna Spencer and Karen all waving. Barry says, "It is a lot of fun to people watch, back at the crowds." 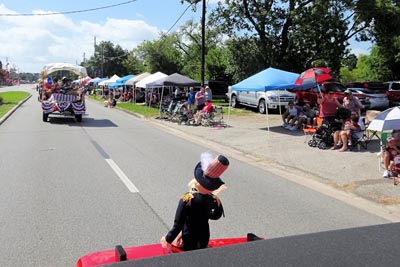 Uncle Sam doesn't seem to mind the wind in his whiskers. 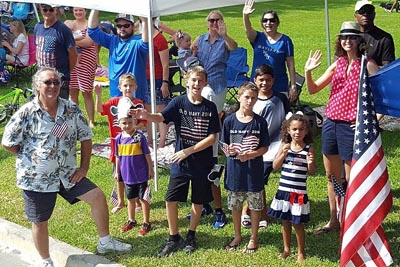 Fred and Sam get lots of waves from the crowd too. 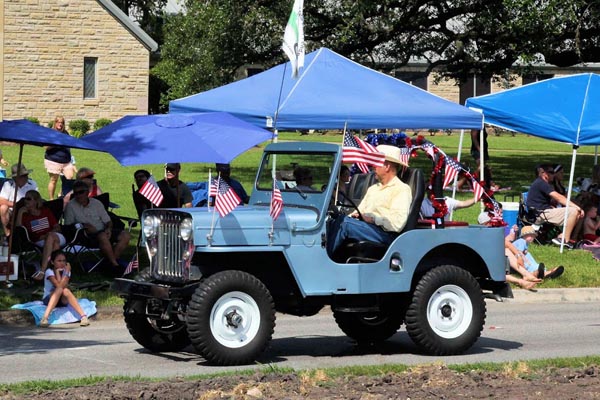 Another shot of Charlie's 3B, with flags in place and people along the route watching from under their own portable shade.

If you're near Friendswood on the Fourth in 2017, the parade starts at 10:00 AM, with entertainment all day in Stevenson Park, and fireworks at 9:20 PM.

Thanks to Barry for the photos from 2016. -- Derek Redmond

See Fred's visit to the Omix-ADA Jeep Heritage Expo later in July 2016, and back at the Fourth of July 2017.