I'm from Macedonia and I just turned 17. I'm glad I found CJ3B.info and, more or less, I've read just about all the pages. Because I found no data about my model so far, here's the story. 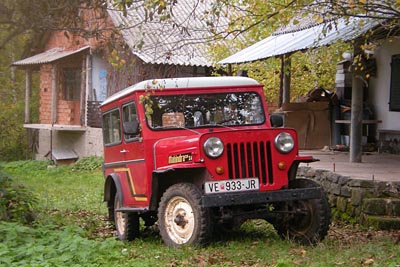 I grew up with this Jeep, and my very first memories are related to it. It's a 1970 Mahindra CJ-4 built in Bombay, India. It is slightly longer than the Willys, a total of 20 centimeters. This is one of 3,304 made, all of them exported to Indonesia and Yugoslavia. Some ended up in Macedonia (formerly part of Yugoslavia.) This is probably the rarest Mahindra ever made. 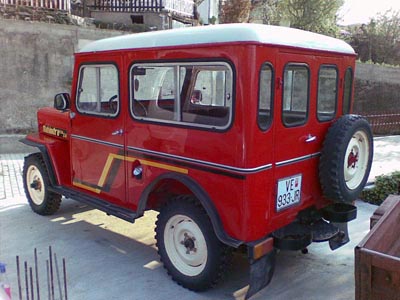 My father bought it in 1997, completely stock with only 12,000km on the odometer. It had the original F-134 Hurricane engine, which after only 800km was swapped for a Ford Sierra 2.3 diesel, due to the immense fuel consumption. The F-head is still in my grandparents' back yard in perfect running order. Other than the engine, everything else is original. It has the T-90 3-speed transmission, the T-18 transfer case and the Dana axles. 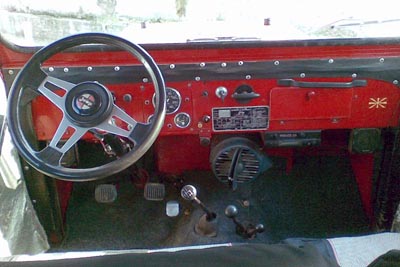 The interior is also well preserved. All the seats (100K JPEG) are leather and they're protected with seat covers so they look like new. The heater works great in the winter. 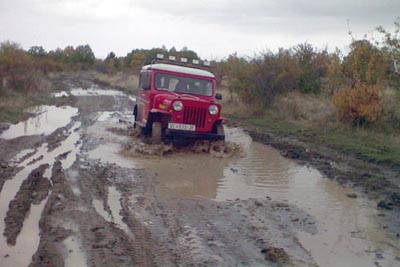 Ever since the Jeep has been in our family it has mostly been used off the road. Not a bearing, tie rod end or u-joint has ever been replaced, and everything is functioning properly. The main reason is cleaning the mud and lubricating after every trip. 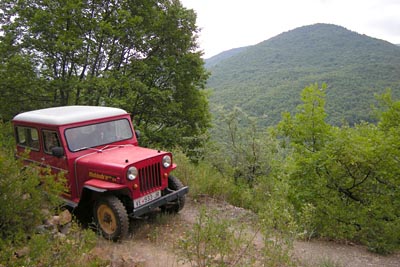 This is where my Jeep spends most of its time. 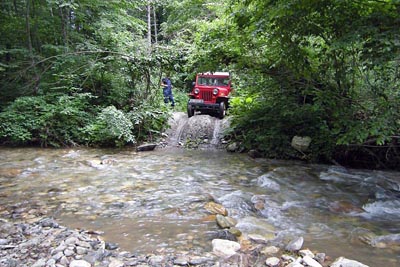 The Jeep now has 32,000 miles, with 90% of that done off the road. Despite its age, we haven't experienced a single problem so far and we would like things to stay that way. 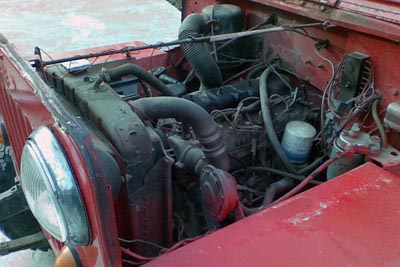 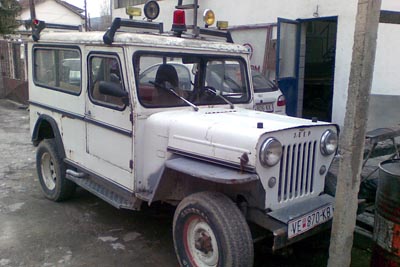 There is also this ambulance in my town, Kavadarci, in the south of Macedonia. The owner, who is a good friend of mine, has cut out the right side door, moved the spare in the back (140K JPEG), and changed the Hurricane with a Ford Sierra 2.3 diesel (just like mine.)

Thanks to Mite for the photos of this nice Jeep. -- Derek Redmond

Return to Mahindra Owners and Photos.