Bill Norris and Dennis Caraway were doing some research in the Detroit Public Library when they came across a deluxe catalogue showing the 1972 Jeep range from licensed manufacturer Mahindra & Mahindra in India. Impressed by the colorful paintings of distinctive Mahindra models, Bill scanned the booklet for us -- here are some of the pages. 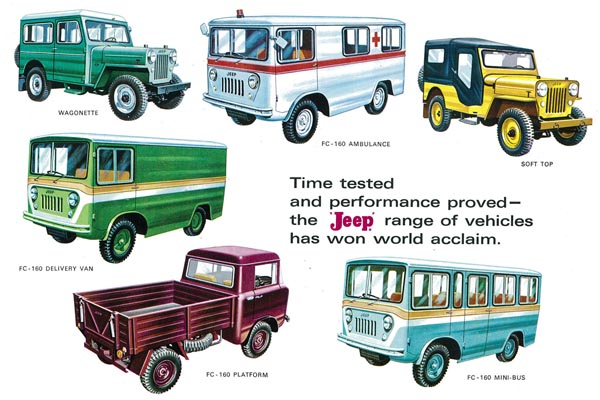 The first page of illustrations previews some of the models in the catalogue. There are a couple of nice CJ-3Bs, but what causes a double-take are India's unique Forward Control Jeep models including a van, bus and ambulance. 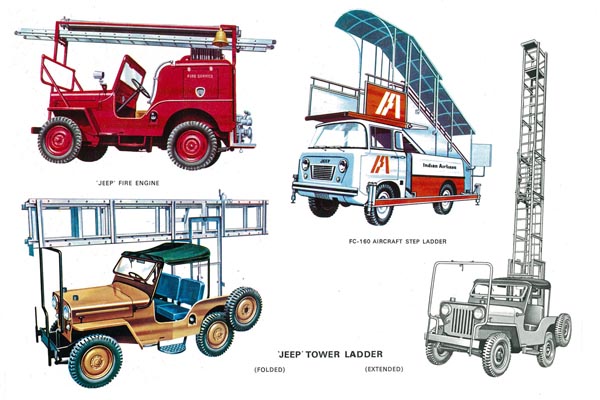 The next page also grabs your attention, with a selection of factory special-equipment versions of the CJ-3B and FC. The fire engine initially appears similar to the North American Willys Jeep Fire Engine, until you notice the rear-mounted pump and a number of design differences.

And who would have expected a Tower Ladder would be a Jeep factory item? 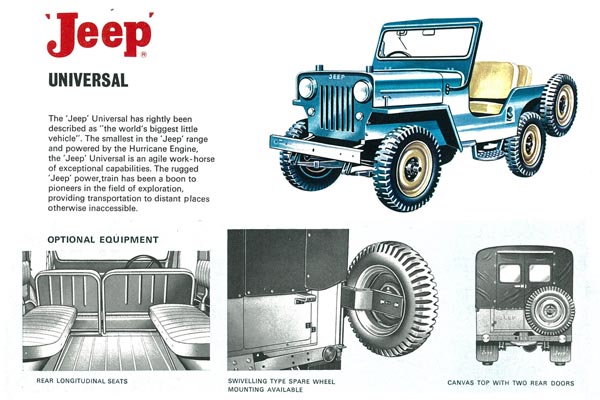 The page showing the basic Jeep Universal includes a nicely written, quite original paragraph extolling the virtues of this "agile work-horse." The Jeep, available in LHD and RHD, is virtually identical to the Willys version which had gone out of production four years earlier in North America, with the exception of a "JEEP" logo on the front.

The next page includes drawings and dimensions (160K JPEG) of both the CJ-3B and the long-wheelbase "CJ-4" (not the same as the Willys CJ-4.) 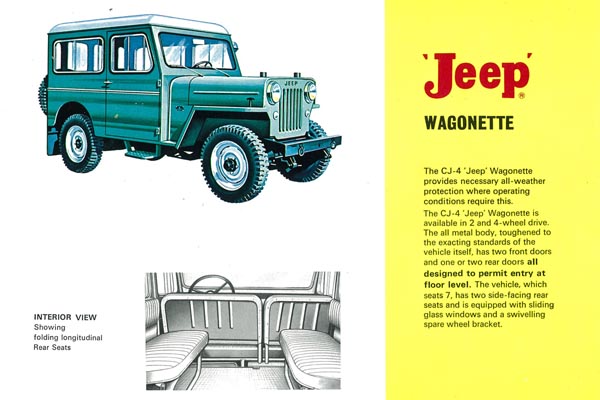 Another first for me is seeing the model name "Wagonette" for the hardtop version of the 91-inch wheelbase Mahindra CJ-4. 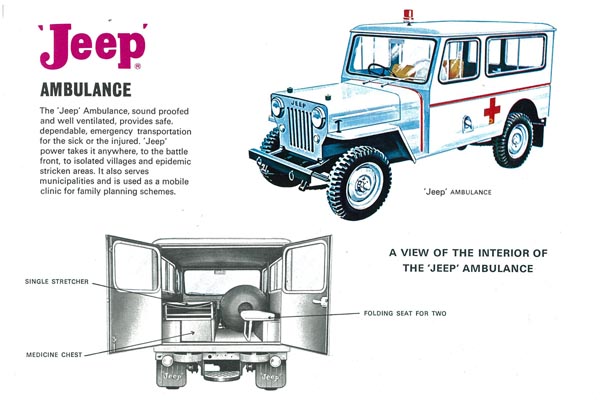 The ambulance version of the CJ-4 gets its own page. I had photographed one of these in Ladakh in 1990, and was pleased to discover that this was a factory vehicle.

See more details on the Mahindra CJ-4 and FC ambulances from this catalogue, in Willys Ambulances on CJ3B.info. 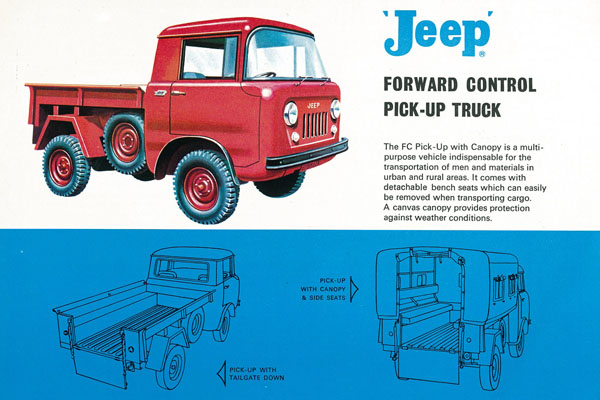 This illustration of a Forward Control Pickup appears to be a short FC-150, but in fact is meant to be the appropriately named "FC-160" with a 92-inch wheelbase, halfway between the Willys FC-150 and FC-170 (81" and 103.5" respectively.) According to the specifications (160K JPEG) all the Mahindra FC's had the 92" wheelbase. They were available in two- and four-wheel-drive. 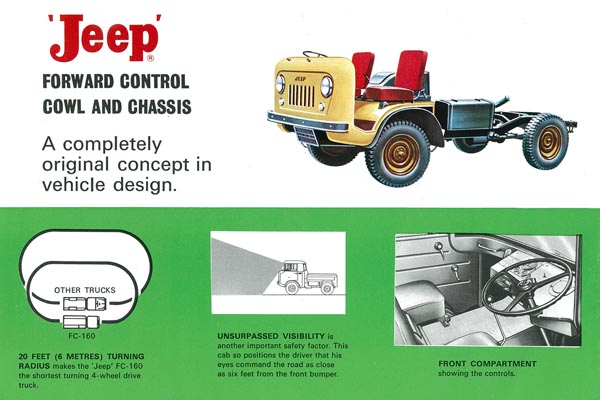 The buses and vans in the catalogue are built on the FC-160 "Cowl and Chassis" model, which could also be used as the basis for third-party conversions. (See a fire engine in Jeep FC Fire Engines Around the World on CJ3B.info.) 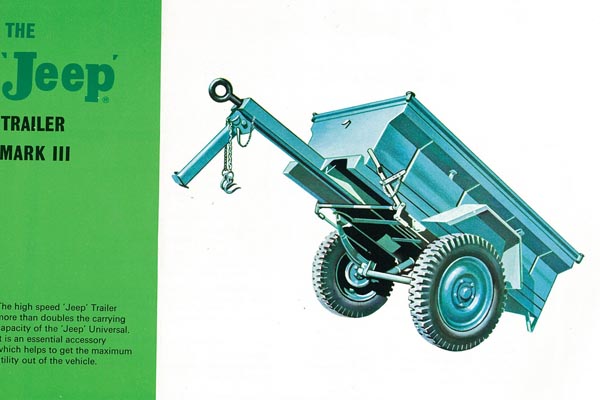 The final surprise in the catalogue is that Mahindra was also making a Jeep trailer, which they correctly stated, "helps to get the maximum utility out of the vehicle."

Thanks to Bill for scanning this great booklet. -- Derek Redmond