Headhunters of Northeast India, circa 1956 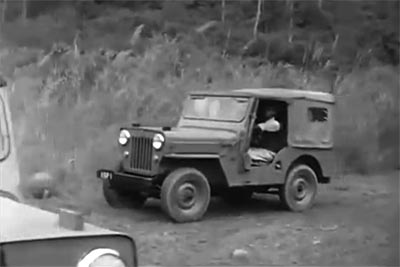 Austrian anthropologist Christoph von Fürer-Haimendorf studied tribes in India and Nepal starting in the 1930s, including the Naga people in the remote Himalayan foothills of northeast India.

After World War II he made return visits to the Nagas. According to Ashok Lingdoh of Shillong, this included a 1956 trip by Jeep to the Nocte tribe of the Tirap district, during which the movie footage seen here was taken. 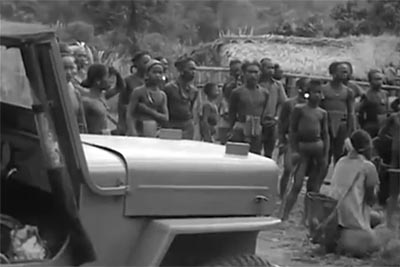 This page shows still frames taken from the footage, and you can also watch the complete 3-minute film clip (22MB QuickTime movie.) The villagers here are possibly seeing motorized vehicles for the first time. 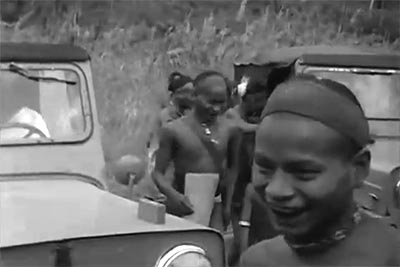 Christoph von Fürer-Haimendorf shot more than 20,000 photographs and 100 hours of movie film during his ethnographic research trips, and produced 10 books and three documentary films (Wikipedia). His publications about the Naga tribes attracted a great deal of attention, because of their practice of headhunting. 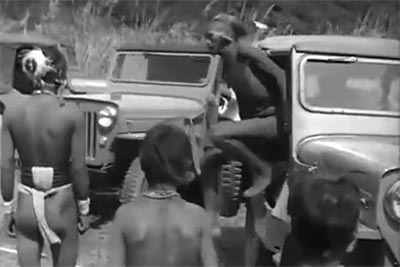 Despite initially being warned about travelling into the hill country, Fürer-Haimendorf and his wife Betty were received well by the Nagas, and he learned their languages. But the practice of severing heads during warfare between villages, and saving and displaying the skulls, reportedly continued in some areas into the 1960s. 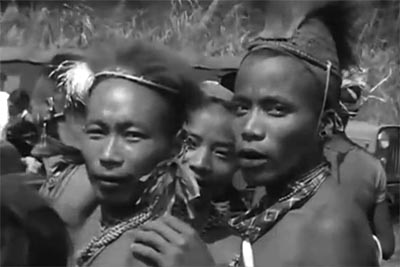 The word Naga originally referred to a specific isolated group, but the British administration in India adopted the name to cover a number of tribes in the northeastern states.

Thousands of people were killed in the area during World War II, when the Japanese attempted to invade India through neighboring Burma in early 1944. 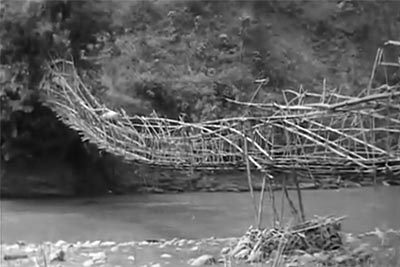 Since the British left in 1947, the Naga National Council has agitated for independence from India. Part of the area was recognized as the Indian state of Nagaland in 1963, but sporadic violent rebellion and tribal rivalry has continued.

The photos and films taken by Fürer-Haimendorf reveal a unique society and distinctive style of village. This footage of the Nocte tribe shows an amazing footbridge across a river, with his wife Betty crossing it. 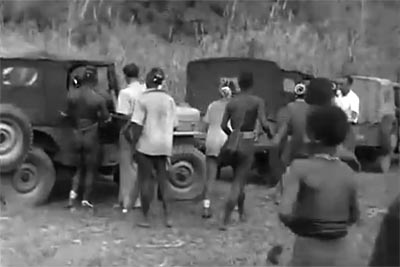 The villagers were eager to take rides in the Jeeps brought by Fürer-Haimendorf. 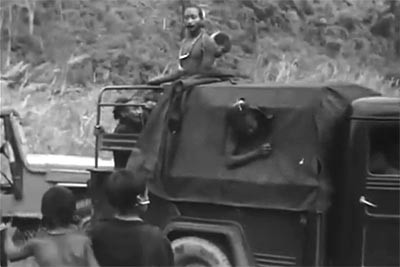 A couple of shots reveal that there was at least one Willys pickup truck in the caravan, as well as at least three CJ-3Bs. 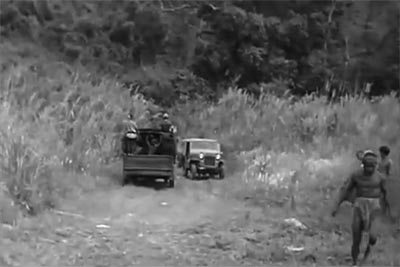 I think many of us can understand how much fun these folks were having. What better vehicle to take your first car ride in, than a Willys Jeep? 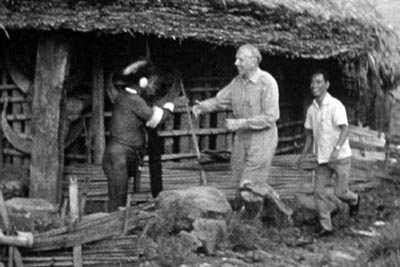 This image of Christoph von Fürer-Haimendorf himself at Wakching, Nagaland in 1970 is courtesy of The Nagas: Hill Peoples of Northeast India at Cambridge University.


Thanks to Davistine Liddle and Ashok Lingdoh for finding the film clip, © Christoph von Fürer-Haimendorf and licensed under Creative Commons. -- Derek Redmond

Also on CJ3B.info, see a CJ-3B becoming the First Vehicle on the Farm in the hills of southern Colombia in 1965.