"Cars We Love in Colombia" Series 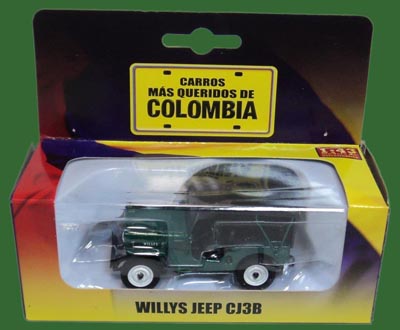 For years, there have been toy Jeeps that look something like a CJ-3B, but high-hood Jeep owners have long wished there was an accurate diecast model of a Willys CJ-3B they could show off on their desk or bookshelf.

When we least expect it, along comes exactly that, courtesy of a series of 18 "Carros Más Queridos de Colombia" or "Cars We Love in Colombia." The series was organized as a promotion by a newspaper and by Motor magazine in Colombia. A coupon for purchase of the model was published 9 August 2013 in the newspaper El Tiempo, and it was available in stores around the country starting on Saturday, 10 August. 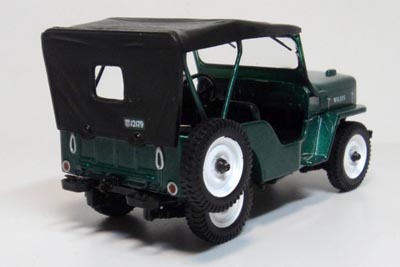 The little Willys is surprisingly detailed for a model measuring only about 3" x 1-1/2" x 1-1/2", or 1/43 scale. Although the "Carros Más Queridos" series was initially issued in Colombia, the rear of the packaging is marked "Made in China." 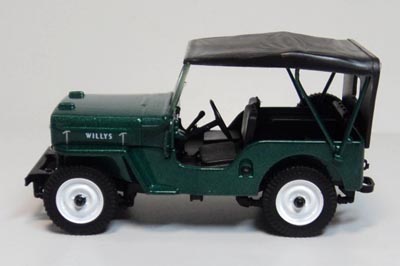 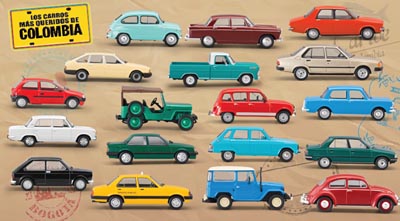 Here's the whole set of "Cars We Love," with a bunch of Renaults, a few small Chevys, and a collection of other makes including the Willys. Another nice illustration of the set shows the release dates of all 18 models, from May to September of 2013. 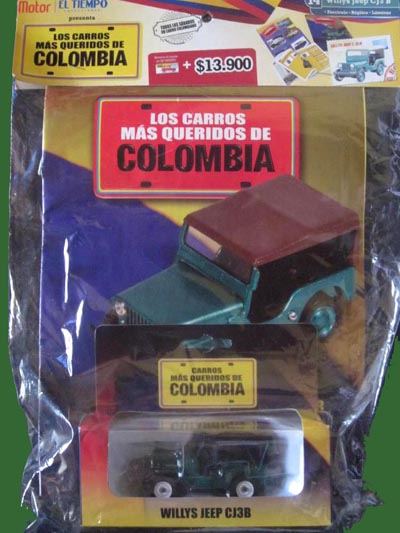 When originally distributed by El Tiempo, the package included an 18-page magazine with an illustrated history of Jeeps. Amazingly, there is a video on YouTube showing someone opening the packaging and leafing through the magazine.

What's interesting is that the magazine, as well as the illustration of the whole set (above), shows the Jeep model with green wheel covers, a brown canvas top with no bows, and the spare tire located in a position typical of a Jeep carrying a recoilless rifle. I have seen no examples of the actual model which look like this, so it was perhaps an initial prototype used for the promotional photos. 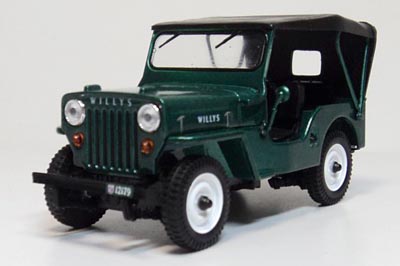 As of early 2014, the model was available, without the magazine, for under $20 U.S. from an online dealer shipping from China, and was showing up on eBay for about double that price. 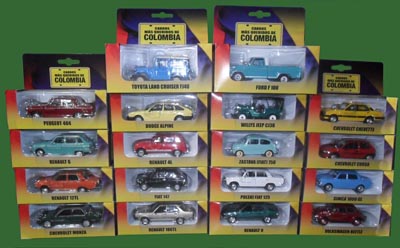 Some collectors and dealers in Colombia are offering the whole "Carros Más Queridos" set for sale online. Other than the Willys, the models as released appear to be very similar to the early promotional illustration of the set shown above. The front of the boxes, seen here, identify each model.