On the Trail of Jeep History, Part 2

We had enjoyed our stay in Toledo, and Sunday afternoon of Father's Day weekend 2000 we headed east along the turnpike to Pennsylvania. We were still following the route taken sixty years ago by Karl Probst, who had headed for the American Bantam factory, after his stop in Toledo to pick up drivetrain components from the Spicer company. He was going to help Bantam build the first prototype 1/4-ton 4-wheel-drive Light Reconnaisance Car for the U.S. Army. -- Derek Redmond 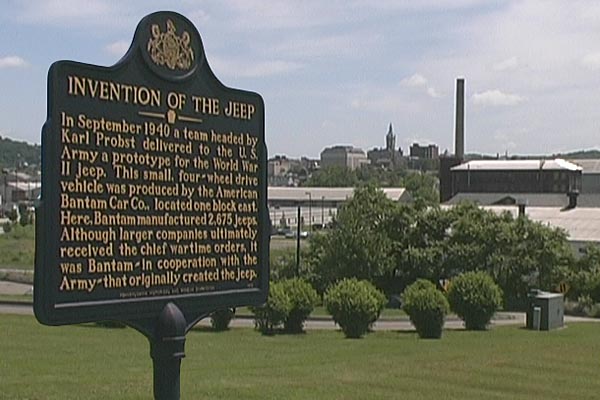 Probst and a handful of other employees at American Bantam put together the Bantam Pilot prototype in just seven weeks. There is a historical plaque in Butler commemorating the feat. We were told that the brick building in the background with the smokestack, on Bantam Avenue, is where the Jeeps were built.

Probst and Harold Crist drove the prototype to Maryland and delivered it on time to the Army. We didn't have time to follow that trail on this trip. (Todd Paisley did it for us later -- see Part 3: Camp Holabird.)

Update: It was reported on 21 November 2020 in the Butler Eagle that the property including the former American Bantam building has been sold, and demolition is slated to begin in six to eight months. 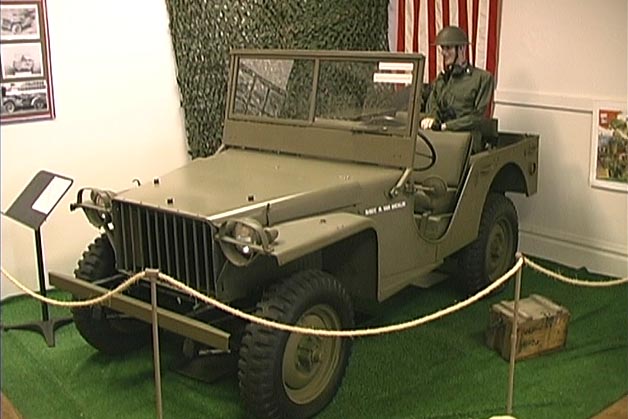 Monday morning the Butler County Historical Society opened their Heritage Center museum for us, where this restored Bantam BRC40, SN 1728, is on display (see also a photo of the jeep's interior, 40K JPEG). It was one of about 2600 jeeps built by Bantam in 1941, the only large production order the company received from the Army.

American Bantam produced other military equipment including jeep trailers for the rest of the war, and the company closed its doors in 1956. 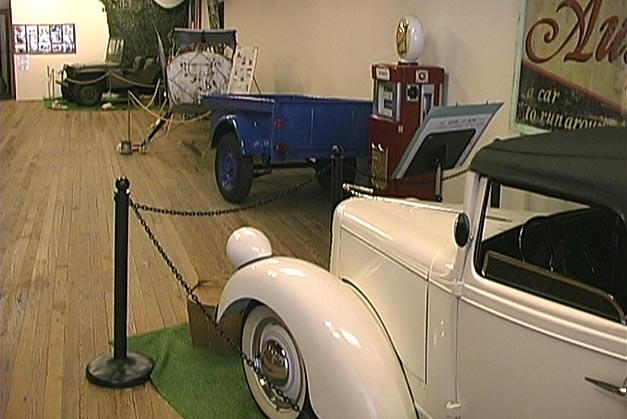 Another restored vehicle is the Bantam 1939 "Hollywood" convertible (40K JPEG) customized in California for Bantam president Roy S. Evans. Designer Alex Tremulis apparently drove the car from California back to Butler at speeds sometimes over 75 mph, and averaged 42.5 miles per gallon.

All that was left for this trip was a beautiful but long drive back up through Pennsylvania and New York, across the river to Canada, and home by midnight. -- Derek Redmond

Continue to On the Trail of Jeep History, Part 3: Camp Holabird, where Todd Paisley completes the trail.