On 10 November 2015, a CJ-3B appeared in the episode "Saviors" (season 13, episode 8) of the CBS TV series NCIS. The long-running drama/comedy series was certified in 2013 as the highest-rated drama around the world, as measured in 66 countries. (LA Times)

A synopsis of the episode from CBS: "Insurgents in Sudan attack a group of volunteer doctors and murder some, while kidnapping others. DiNozzo and McGee visit the crime scene, and DiNozzo is reunited with his ex-girlfriend, whose husband is among those who were attacked."

TVFanatic.com commented: "Episode 8 gave us the exciting tale of a hunt for a rebel army group in the Sudan, who had killed three members of a volunteer medical organization (including a Navy doctor) and kidnapped another doctor and a Navy Ensign who was a surgical tech. This entire story felt like a 'back to our NCIS roots' episode: it crystallized some of what the service is all about, and highlighted the fact that not all of their work is done stateside." 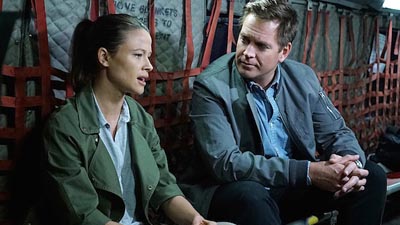 Scottie Thompson as Jeanne Benoit, who had not appeared in the series for several years, and Michael Weatherly playing Anthony DiNozzo, are seen on the plane to South Sudan in this photo from the episode. (CBS photo by Sonja Flemming) 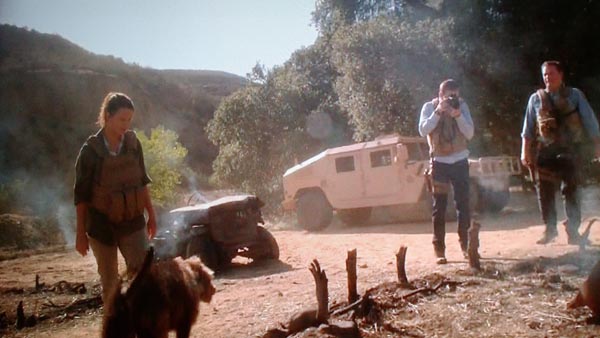 JR Bass grabbed some frames from the show for CJ3B.info, and says, "About 3/4 of the way through the episode they enter a burned village. The 3B is in the middle of the village."

Sean Murray as Timothy McGee is also seen in this frame. 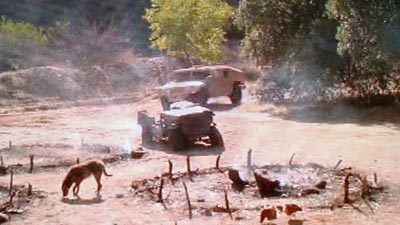 JR says, "Although it is burned up like the village, there is no mistaking it is a high-hood Jeep. You can see it from all angles except the back." 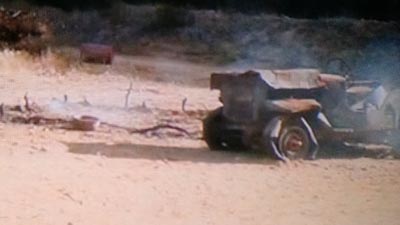 We don't know exactly where this episode of NCIS was shot, but previous seasons were shot in Los Angeles, with non-urban locations in the nearby Santa Clarita Valley, so it's likely the presence of this Jeep says more about scrap vehicles available in California than about vehicles in Sudan. And it does look like maybe it's suffering more from rust than fire.

Thanks to JR Bass for sending the pictures. -- Derek Redmond