These are some of the earliest photos I've seen showing Jeeps during the Vietnam War. They show that by 1963 there were already numerous Japanese-built Mitsubishi CJ3B-J4 models in use by the ARVN (Army of the Republic of Vietnam.)

The photos were taken by 19-year-old U.S. Army technical specialist Alex Forbes and posted many years later in Photos: Vietnam 1963 on his website Summitlake.com. (Note: images copyright © 2007 Alexander Forbes.) Alex comments, "There was a war, but it was undeclared and for the most part still very remote to us, in 1963-1964, from where I served: an electronics outpost in III Corps, in the central highlands plateau of Vietnam, in a small town named Ban Me Thuot." 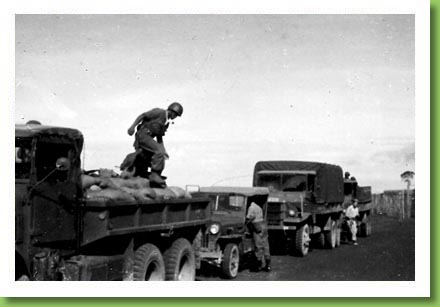 A J4 is seen here in an August 1963 convoy of 2-1/2-ton ARVN trucks. Alex says, "The convoy's purpose was to deliver electronics gear to Dalat, but we also stopped along the way to distribute CARE 'Project Handshake' rice deliveries to local villages." 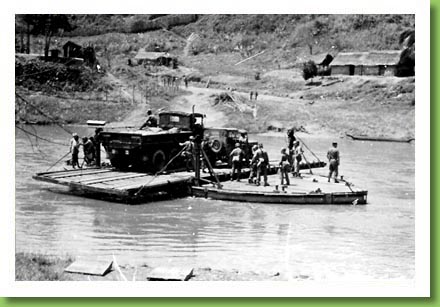 This is a ferry along the route from Ban Me Thuot to Gia Nghia and Da Lat. According to Google, the total distance would be 209 miles (337km.) 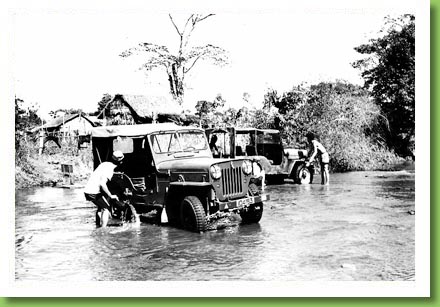 Not surprisingly, the vehicles at Ban Me Thuot needed frequent washing, and Alex took some shots of the favorite spot for U.S. and ARVN personnel to rinse the dust. 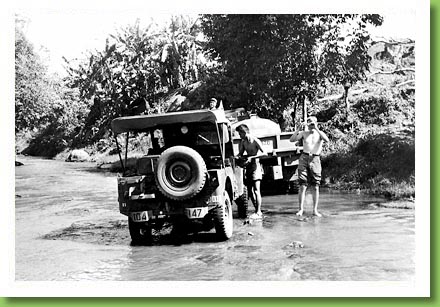 Alex remembers: "ARVN Jeep and tanker truck; U.S. Army in rolled up fatigue pants. I'll take your picture and you take mine. You would think there would be some fraternization at the informal community watering hole, but at the noncommissioned level there was a huge language barrier. Everybody pretty much kept to themselves and ignored the other groups." 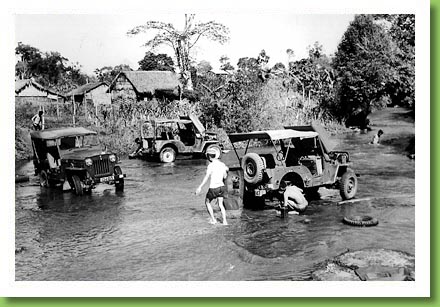 This appears to be two Mitsubishi J4's in the foreground, identifiable by their split-pane windshield and rear-mounted spare. Behind them is a Willys CJ-3B, and some bathing going on in the deeper spot upstream. 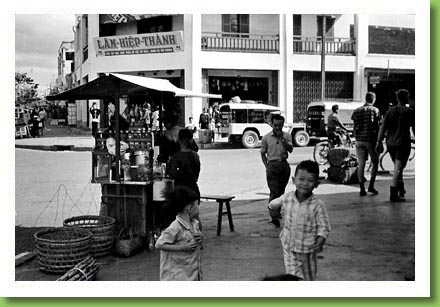 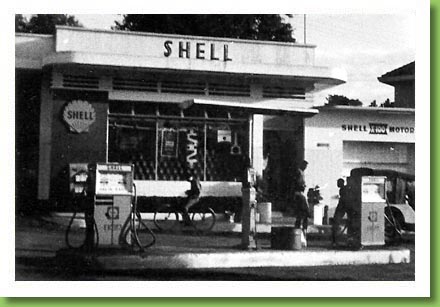 A glimpse of another civilian Jeep in this photo of a very modern Shell station. Ban Me Thuot was a thriving small city in 1963, later to be devastated in the 1968 Tet Offensive and the decisive 1975 Battle of Ban Me Thuot (see Wikipedia.) 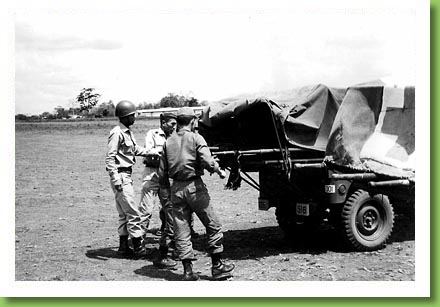 Back at the airstrip, a sad detail for these ARVN soldiers.

Alex recalls, "Preparation for combat and the reality of war stepped up during my brief, early tour. There are some photos of war dead being ferried to or from our local airfield. They were Vietnamese casualties, but first and foremost they were human beings who got caught at the wrong place at the wrong time. The photos are part of the record of that era, but to this day it is difficult to find approriate words." 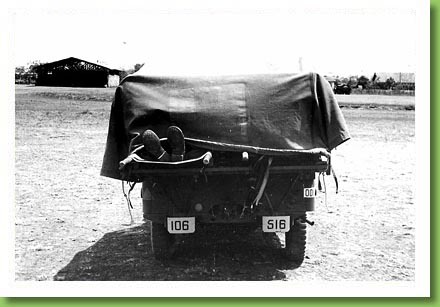 "Completely apart from consideration of the governments and militias that stage wars upon a land, is the land itself and the stories of those who live upon it, struggling to live as best they can under trying and difficult circumstances.... Rain forest and jungle heal quickly; people, less so. If reports are true that Vietnam has once again become a vibrant and developing country, it's been a long and difficult road for the Vietnamese people."

Thanks to photographer Alex Forbes, and to Roberto Flores who pointed me to Alex's wide-ranging website Summitlake.com. -- Derek Redmond